Jimmy’s all style in the Prix de Meautry
Stories

Galileo may have been ousted by his half-brother Sea The Stars for top billing at Arqana’s August Yearling Sale but his younger sibling has plenty of catching up to do when his runners hit the track and, in a perfect illustration of his dominance, Galileo has sired no fewer than 10 stakes winners within the past seven days.

The list is of course headed by Frankel, a horse whose brilliance is almost impossible to surpass, but this weekend Galileo’s extraordinary stud record has been enhanced by Dutch Art’s half-sister Up, who won the Group 3 Lanwades Stud Fillies’ Stakes at the Curragh on Sunday, the same day that Galileo’s Gatewood was narrowly pipped at the post by Masterstroke in a thrilling finish to the Group 2 Grand Prix de Deauville.

Further notable performances this week have come from Romantica, Galileo’s daughter out of the great Banks Hill, who won the Group 3 Prix de la Nonette at Deauville on Tuesday; Twirl, the full-sister to Misty For Me, winner of Gowran Park’s Hurry Harriet Stakes; Flying The Flag, the first foal of Nassau Stakes winner Halfway To Heaven, who was runner-up in the Group 2 Futurity Stakes in Ireland on just her second start; and Oaks winner Was, who posted a thoroughly respectable performance to be third in the Yorkshire Oaks to Shareta and The Fugue.

Sea The Stars may have won the first battle at this season’s yearling sales, but with Tattersalls’ October Book 1 containing 42 sons and daughters of Galileo, including the first of Ouija Board’s offspring ever to be offered at auction, a colt out of Alexander Goldrun, a full-sister to Was, and a three-parts sister to High Chaparral, it’s likely that big brother will have the last word. 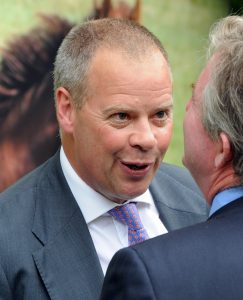 Up Next
Jimmy’s all style in the Prix de Meautry