The Harry Fry-trained Metier booked his ticket to the Cheltenham Festival with an impressive triumph in the Grade 1 Unibet Tolworth Hurdle at Sandown on Saturday.

Winner of both his previous starts over hurdles, having won once from eight outings on the Flat in Ireland, Metier started a warm favourite in the two-mile contest run on heavy ground.

Always travelling strongly under Sean Bowen, Metier was asked to put his seal on matters approaching the final flight and kept on strongly to defeat Shakem Up’Arry by 12 lengths.

Metier, owned by Gary Stevens, will now be targeted at the Supreme Novices’ Hurdle, the first race of the 2021 Cheltenham Festival on Tuesday, March 16 though he could have one more run before that assignment.

Trained by Sandy Thomson for his wife Quona, the 13-year-old saw off Crosspark by a length with Sir Ivan a length and a quarter away in third.

Former Tottenham manager Harry Redknapp may have missed out on the main prize with Shakem Up’Arry at Sandown but he was on the score sheet at Lingfield courtesy of promising three-year-old colt Wake Up Harry, emphatic winner of the mile maiden under Callum Shepherd.

The win was the second leg of a treble for Epsom trainer Simon Dow – his first since June 16, 2007 – who also struck with Mark McAllister’s Subliminal and M Convey’s Apollinaris. 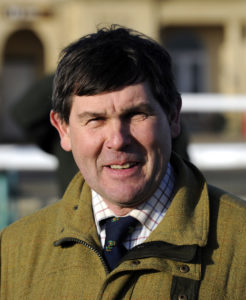 Up Next
The Finish Line with Sandy Thomson