From Yorkshire to Chantilly

Britain’s leading owner/breeders are often referred to as a ‘dying breed’ so it is easy to overlook the fact that one of that breed’s doyens, Guy Reed, continues to see his operation go from strength to strength. 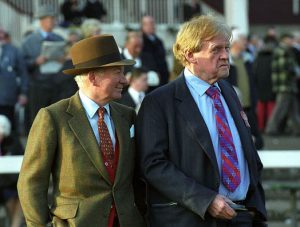 Guy Reed’s breeding operation (which is based at Copgrove Hall Stud, having previously been spread between that property and Nidd Park Stud) dates from 1968, when he bought his foundation mare Ardneasken, a daughter of Hyperion’s grandson Right Royal.

At the time Ardneasken was carrying a Sovereign Path colt who, named Warpath, proved to be a terrific horse for his owner/breeder, earning a Timeform rating of 125 courtesy of wins in such races at the Extel Handicap at Goodwood and the Doonside Cup at Ayr. Two years later Ardneasken bred another cracking horse: Dakota, a son of Stupendous who won the 1975 Ebor Handicap.

Reed duly retired Warpath (who, like Dakota, was trained for him by Sam Hall at Middleham) to Nidd Hall Stud and bred many winners by him, including Shotgun (trained by Hall’s protégé and successor Chris Thornton to finish fourth behind Shergar in the 1981 Derby).

Reed’s final big-race victory of the last century came in the 1999 November Handicap with the Thornton-trained Flossy, but by this stage he was using other trainers too. More recently Reed has enjoyed big-race victories with Barry Hills (including the 2003 Lincoln with Pablo and the 2005 Nunthorpe with La Cucaracha) and Kevin Ryan (including this season’s Duke Of York Stakes with Tiddliwinks).

However, La Pomme d’Amour, whose dam Winnebago was trained by Chris Thornton to win at Hamilton in 1997, is trained in France by Andre Fabre. Having been raised at Copgrove Hall before joining Fabre’s stable, she has thus followed in the footsteps of her sire Peintre Celebre: for approximately the final 15 years of the 20th century, Copgrove Hall annually agisted a batch of yearlings for the Wildenstein family, with Peintre Celebre, winner of the Arc from Fabre’s stable in 1997, being one of the stars to spend some of his formative months under this regime. 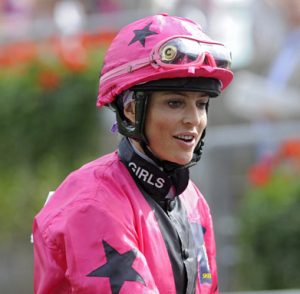 Up Next
Shergar Cup a crowd-pleaser