Kendargent, whose first book of mares in 2008 numbered just 19, continues to thrive on the limited opportunities which he has been afforded at stud, with Onedargent, the winner of Tuesday’s Listed Prix Isonomy at Chantilly, becoming his fourth stakes winner and fifth black-type performer.

The uniting factor in his stakes horses is that they were all bred and now race for Kendargent’s owner Guy Pariente, who took the risk of standing the horse at stud himself, initially at the now-defunct Haras de la Roserie and in the last three seasons at Pariente’s newly-developed Haras de Colleville just outside Deauville. His fee has risen from just €1,000 to €4,000 in 2012 – and this year he had more than 100 mares booked to him.

Such a leap in support came on the back of some impressive performances by Kendargent’s first two-year-olds which saw him named France’s champion first-season sire. In September 2011, Restiadargent notched a first Group success for his sire in the Group 3 Prix d’Arenberg, a victory which was followed in October by that of another filly, Kendam, in the Group 3 Prix Eclipse. By November, Restiadargent had upgraded her status to Group 2 winner by landing the Criterium de Maisons-Laffitte by five lengths in very soft conditions.

With Montjeu as her broodmare sire, Restiadargent’s pedigree doesn’t exactly imply speed but she is not lacking in this department, as she proved when finishing just a head and a neck behind the great Black Caviar in the Diamond Jubilee Stakes at Royal Ascot this season, the trifecta being completed by another French filly, Moonlight Cloud.

Kendam has also secured a Group 1 placing in 2012, running third to Gordon Lord Byron and Penitent in the Prix de la Foret on Arc weekend, while another filly, the two-year-old Kensea, achieved Listed glory at Chantilly in October in the Prix Herod.

A representative of the Grey Sovereign line, Kendargent, a son of Kendor, was Group-placed in France and won an allowance race in America is his final season of racing at four, but victory at stakes level proved elusive.

Two of his stakes winners emanate from Sadler’s Wells line mares – Onedargent being out of a daughter of Act One and Restiadargent from a Montjeu mare – while Kendam also has Sadler’s Wells on the bottom half of her pedigree through her grandam Freeze Frame, a daughter of In The Wings. 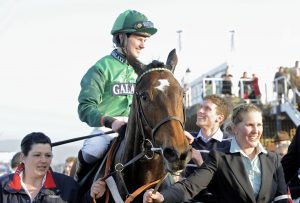