For David Redvers, it was an odyssey he could have envisaged only in the furthest recesses of his imagination. And for his client, Sheikh Fahad Al-Thani, it was a voyage of discovery that would teach him much about those twin impostors.

It started at Newmarket in September, when Lightening Pearl came up trumps in the Cheveley Park Stakes. The pair then plumbed the depths of despair at Longchamp, where Dever Dream, the sheikh’s first stakes winner and his favourite horse, perished in the Prix de la Foret.

From France they ventured to Ascot, where Sheikh Fahad, a nephew of the Emir of Qatar and chief executive officer of QIPCO, held court as sponsor of Champions’ Day. Next up was Australia, where Dunaden won the Melbourne Cup. And after a quick stop in New Zealand to see their stallion, Makfi, the pair consoled one another in Kentucky after Strong Suit cut little ice in the Breeders’ Cup Mile.

It’s the sort of agenda to which Redvers aspired when he set up Tweenhills Farm & Stud, on the family’s dairy farm in Gloucestershire, back in 1995. Since then he has almost trebled the grassland pasture from an original 120 acres. And despite only recently acquiring an 80-acre tract at nearby Chargy Hill, it probably won’t be long before he is obliged to add more pasture to accommodate his expanding herd.

People see me solely as Sheikh Fahad’s man, but he is one of my clients

As steady as the rise has been, Redvers’ 18-month association with Sheikh Fahad is on an entirely different level. It should represent the culmination to 30 years of preparation, of graft, of putting in hours on the sales grounds when others had retired to the bar. Yet it has given rise to a fresh dilemma.

“Although it has been fantastic, the way things have developed is a slight concern,” Redvers maintains. “People see me solely as Sheikh Fahad’s man, but he is one of my clients. Tweenhills isn’t the sheikh’s business, it’s mine. And while my existing clients are happy, potential clients might not realise that I’m here to work for everybody. I am independent, and that’s the way I will always keep it.”

If many will be surprised to hear such talk from Redvers, the case demands an airing. The fact remains that horses belonging to other clients at Tweenhills outnumber those of the sheikh’s. And while most believe that Redvers has struck gold, he reminds that the sheikh has less than 50 horses in training and 20 mares, most of which were bought to visit Makfi and will imminently return to auction.

But there is a more visceral emotion at play. It concerns the farm itself. Tweenhills means so much to Redvers that he radiates pride at the mention of its name. It is where his own odyssey started, and to where he returned to make his name in a line of business virtually abandoned by his English contemporaries for the lack of opportunity.

“When I was younger I was quite troubled by what to do with the land my family have had around Hartpury for generations,” he reflects. “I didn’t want to be the one responsible for seeing it disappear. After school I travelled in my gap year but I always wanted to come back home and farm it intensively enough to make my living here.”

The limited size of the property – 120 acres of pasture and 50 woodland – meant conventional farming was never really practical. His father wanted him to take a commission with the Blues And Royals (“he thought I needed to learn self-discipline”) before maintaining Tweenhills by devolving to the City.

Redvers was unconvinced. The seed of an idea germinated when he was on the final leg of his working holiday in Australia. Having worked in polo and hunting yards, he ended up at Rockleer Stud in Bathurst, one hour west of Sydney, where two stud hands were responsible for 200 broodmares.

“It was my eureka moment,” Redvers recalls. “The mares were driven around like cattle and the teaser was tied to a gate. Any mare that ‘showed’ when she passed him would be covered – or covered again if she’d been covered two days before.

“It was a tremendous experience because it showed me that things could be done – and done well – on a shoestring budget,” he continued. “The stud was owned by Dierdre Stein, who trained Rising Prince to win the Cox Plate in 1985. She was a bit like Jenny Pitman: very tough, but good at what she did.”

On returning to Britain, and after a season at the Hambros’ Waverton Stud, he rang James Delahooke, whose gun he once loaded on the moors of Gunnerside.
“At the time I thought: here’s a breeder and bloodstock agent who gets to shoot grouse.’ It gave me an extra incentive.”

At Delahooke’s Adstock Manor Stud he met Ben Hyde, who is now stud groom at Tweenhills, which Redvers set up in 1995 after a four-year stint as head of the bloodstock department at Russell Baldwin & Bright (now Brightwells). And it was there that Redvers noticed how well Afzal’s young stock were faring in point-to-points.

He bought Afzal for around £8,000 and installed him as Tweenhills’ first stallion. “Not long afterwards (Azfal’s sons) Billygoat Gruff and Brownhall won Grade 1 races and we covered nearly 100 mares at £500 a time,” Redvers reflects. “That got us up and running, although it was soon clear that my business model was better suited to the Flat.” 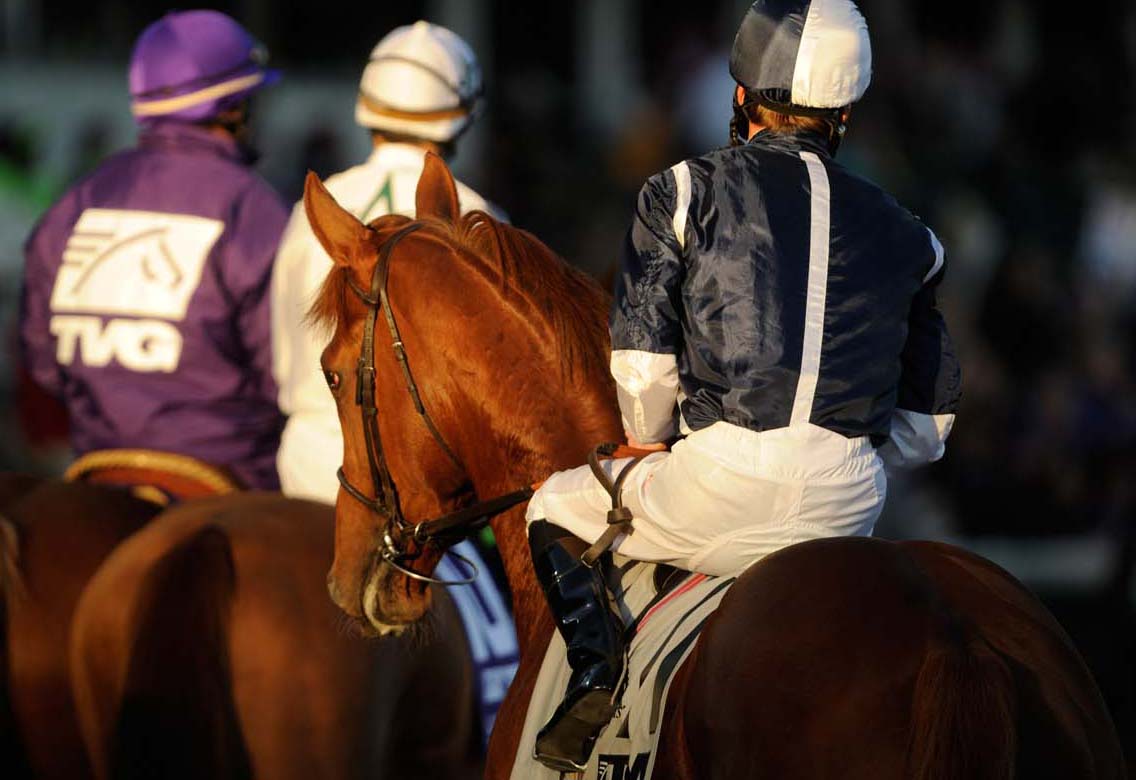 Stallion prospect Strong Suit in the colours of Qatar Bloodstock

Afzal was succeeded by a number of Flat stallions which had their moments. Even then, though, Redvers came to realise there was a natural ceiling to his endeavours. The prospect of recruiting a properly commercial stallion, itself remote enough, was further compromised by Darley’s all-embracing operation. He duly vented his frustrations.

“I was angry at the time because we simply couldn’t compete,” Redvers recalls. “No-one could. But I now recognise that Darley were running a commercial operation with their own business model, which included standing stallions in our price range. Then the whole thing turned full circle when Darley sent us Lucky Story, but it was very difficult at the time. We nearly went out of business.”

The worst was far from over. Lucky Story and Ishiguru had both established themselves as commercial entities when they died within seven months of each other, and at a time when, in Redvers’ words, “the whole industry was falling off the financial cliff.” It left him with a dire shortage of stallions and precious little by way of suitable replacements.

Come Lucky Story’s demise in May 2011, however, Sheikh Fahad was about to make his low-profile entrance. It was pure coincidence that the first day’s racing the sheikh and Redvers enjoyed together was the 2,000 Guineas victory of Makfi, who would preoccupy Redvers for the next four months. Makfi was just the type of stallion he was desperate to acquire.

“Horses like Makfi just don’t come up for sale,” he relates. “It was only through bad luck that he wasn’t destined for Shadwell (Makfi was sold by his owner/breeder, Sheikh Hamdan, as a two-year-old in training towards the end of 2009). I pressed my clients hard to buy him but initially they weren’t that interested. Eventually I was able to make an offer but my bid was laughed out of town.”

That’s when Sheikh Fahad entered the picture. He was in Deauville with Redvers when Makfi won the Prix Jacques le Marois. “I told him that if he was interested in buying the horse as an investment, we had to move fast,” Redvers recalls. “If QIPCO wanted to invest money that had the potential to multiply many times over, here was that chance.” The deal was done.

Just over a year has passed since then and Sheikh Fahad’s enthusiasm has grown in tandem with the success he has savoured on the racecourse. Interestingly, however, he has kept numbers in check and worked to the same budget he set at the start of last year. He has spoken before of his desire to run a tight ship, although whether that will always remain the case remains unknown to Redvers.

“It has been a rollercoaster ride and Sheikh Fahad is getting a fairly rounded experience of the highs and lows,” Redvers says. “He has taken it in his stride with a maturity beyond his 22 years. Where he goes in five years’ time is anyone’s guess. I just hope it’s with me.”

The sheikh’s own thoughts, it seems, are focused on next year. “He asked me how we were going to top what we have achieved this year and I told him I’m not sure that’s possible,” Redvers says.

“Whatever happens, I have been able to buy the yearlings I wanted to this year. That’s very exciting for me as a bloodstock agent. It’s not my style to buy sales-toppers. I have served a long apprenticeship and I know that’s not the way, but I still came home from every sale with my nap.”

Those yearlings, 31 in all, have been broken at Tweenhills and are soon to disperse among the sheikh’s trainers. Also catalogued for sale are 18 mares and 19 foals, some of them the property of Tweenhills’ 25-strong team of investors.

The action flows thick and fast, yet Redvers wants more. “I’m afraid I am one of those compulsive investors in bloodstock,” he maintains. “If I see something that takes my fancy at a price where there’s an angle, I’ll buy it. I am an eternal optimist. Every time a stable door opens in front of me I think I could be about to see the next Frankel.”

And Tweenhills? “It’s more than just a home. We recently bought Chargy Hill, which is the most wonderful farm. It gives us the extra acreage we needed to expand, but I will always stay here. The day Tweenhills is sold is the day I am in a box.” 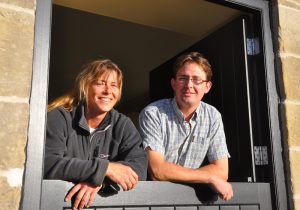 Up Next
Bond forges a new path