As Gallic raider Easysland heads to the Glenfarclas Cross-Country Chase on a six-race winning streak, it’s difficult to believe that there has not been a French-trained Cheltenham Festival winner since 2005.

In the dozen Festivals up to and including that year, Francois Doumen had notched no fewer than six victories, while Guillaume Macaire, untouchable in big races over jumps at home, had hinted at his emerging appetite for targeting Prestbury Park’s showpiece fixture when saddling Jair du Cochet to finish second in the 2003 Sun Alliance Chase.

Ten months later the same horse returned to land the big Cheltenham Gold Cup trial, then known as the Pillar Property Chase, before the wheel of fortune took a cruel turn. Jair du Cochet suffered a fatal injury during his final serious gallop prior to the big race, while Doumen experienced a few near-misses, notably with Kasbah Bliss, before he stopped training jumpers in 2010.

Macaire’s enthusiasm for plundering our crown jewels waned, prompted by a policy change that saw him sell many of his most promising proteges, including the future multiple Cheltenham Festival winners Vautour and Master Minded, and a consequent wariness for enduring a 2,300-mile round- trip simply to take on your own former charges. Hence the current drought.

Equally unfathomable is France’s inability to provide so much as a single winner in the 15-year history of the Cross-Country Chase at the Festival. France could, after all, be considered as the European home of cross-country races alongside the Czech Republic – some of its biggest races of the genre stretch back half a century and more.

So how come the score in the Cross-Country Chase currently stands at Ireland 13, England 2, France 0? The bottom line is that the race attracted minimal French participation in its first decade – just two runners to be precise, neither of whom made the frame. 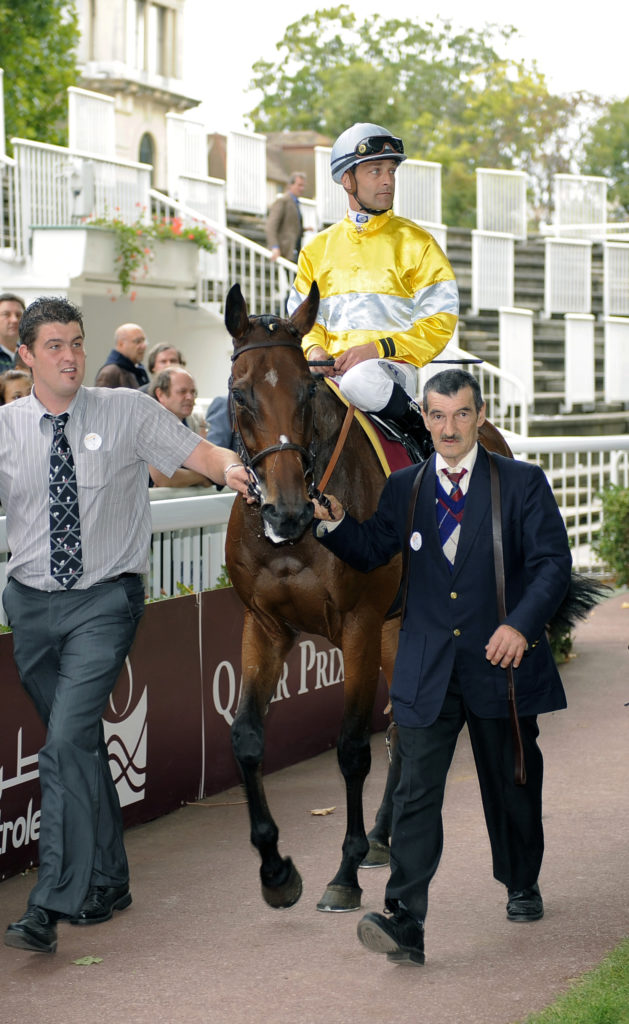 Kasbah Bliss: was one of a few near misses for Francois Doumen at Cheltenham

The odd cross-Channel challenger had come over for Cheltenham’s autumn cross-country contests and Macaire even saddled Plum’Tee to finish second to the mighty Spotthedifference in late 2006.

But it was not until Emmanuel Clayeux’s Urgent de Gregaine sprang a 50-1 surprise over the idiosyncratic inner course in January 2017 that French handlers began to realise what was possible and started to target these unusual events.

This season the penny has really dropped and Easysland led home a 1-2 for trainer David Cottin in Cheltenham’s December cross-country chase to emulate the feat that Clayeux had achieved a month earlier, thanks to Diesel d’Allier and the redoubtable Urgent de Gregaine.

Since that course triumph, Easysland has been sold to the Festival’s biggest supporter, owner JP McManus, and the son of Gentlewave made a fine debut in his green and gold silks in a thrilling renewal of France’s biggest winter cross-county race, the Grand Cross de Pau Reverdy, at Pau on February 2.

In the air alongside two of his 11 rivals at the last of the 31 fences, he drew clear in the final 200 yards to score by three lengths.

Now he is likely to be joined by Urgent de Gregaine as they face the unenviable task of trying to get the better of the ‘people’s horse’, Tiger Roll, in a race he has already won twice, last year by a ridiculously easy 22-length margin.

Regardless of how the pair get on against the dual Grand National hero, there is a distinct feeling that French jumps trainers and owners are becoming more adventurous in their attitudes towards raiding Britain’s top prizes.

It would be a surprise if the current French champion trainer, Francois Nicolle, does not add to his single Festival runner (Le Curieux, down the field in the 2016 Fred Winter) in the coming years. 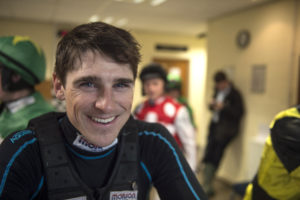 Up Next
Happy as Harry