Britain’s newest racecourse is increasingly popular with horsemen, but for Dai Walters there is plenty to achieve

You launched Ffos Las in 2009 with eight fixtures and the aim of making it one of the “top tracks in Britain”. How far have you gone towards achieving this?

I believe we have made great strides when you bear in mind that we have been in operation for just over two years. It was accepted that the design, layout and facilities were of a very high standard. Now, as we see the course itself maturing well and trainers and jockeys becoming more confident and familiar with the track, the standard of our racing seems to be getting better all the time.

When the BHA announced you may have only 16 fixtures in 2012, against 29 in 2011, you threatened to close Ffos Las and stop owning racehorses. Were you serious?

I think anyone who has met me will know how passionate I am about Ffos Las racecourse. Without this passion, shared by my whole team, the course would never have been built, opened on time, or even still be in operation. We are proud of what we have, what it has done and what it can continue to do for the racing industry and the community of West Wales.

I was so disappointed with the way the fixture allocation process was looking I was ready to take the action required to get the attention of the people and do whatever I could to avoid a dramatic drop in fixtures.

How did you manage to convince the authorities to award you 26 fixtures and what impact will holding three fewer days have on your business?

Firstly, I hope those leading influential figures, who finally determined the fixtures, have learned lessons from this year’s woeful experience as it has shown our sport in such a bad light to the outside world. They made commercial planning and activity extremely difficult for many courses. As the process wore on it was fortunate that the levy agreement enabled more fixtures to become available.

Additionally, our management partner, Northern Racing, worked hard to ensure that from the remaining pool of leasehold fixtures we gained a ‘pro rata’ amount of fixtures in comparison to what we had in 2011. I cannot honestly say what the ideal number of fixtures would be for Ffos Las, as so much will depend on how the business is funded going forward. I am content with our number in 2012 considering the uncertainty we have experienced.

Surely you would have struggled to part with Oscar Whisky, a Grade 1 winner and Cheltenham Festival candidate?

If I had not gained the fixtures I would have sold all my horses and walked away completely from horseracing – and probably saved myself a lot of money!

Having taken over the running of the Welsh Champion Hurdle from Chepstow, is the Welsh Grand National also in your sights and is there a timescale for its transfer?

As I have said, our aim is to run races that are good for racing and attractive to the racegoer. In the immediate future we are trying to establish our own races around our evolving fixture list, as I believe you need the right customer-friendly day to run your big races. In 2012 we race on six Sundays (against four in 2011), which is a step in the right direction as Sunday seems a popular day for us. On Saturday, February 4, which is William Hill Welsh Champion Hurdle day, we will run the West Wales National, a race that worked well in 2011 under a different name. 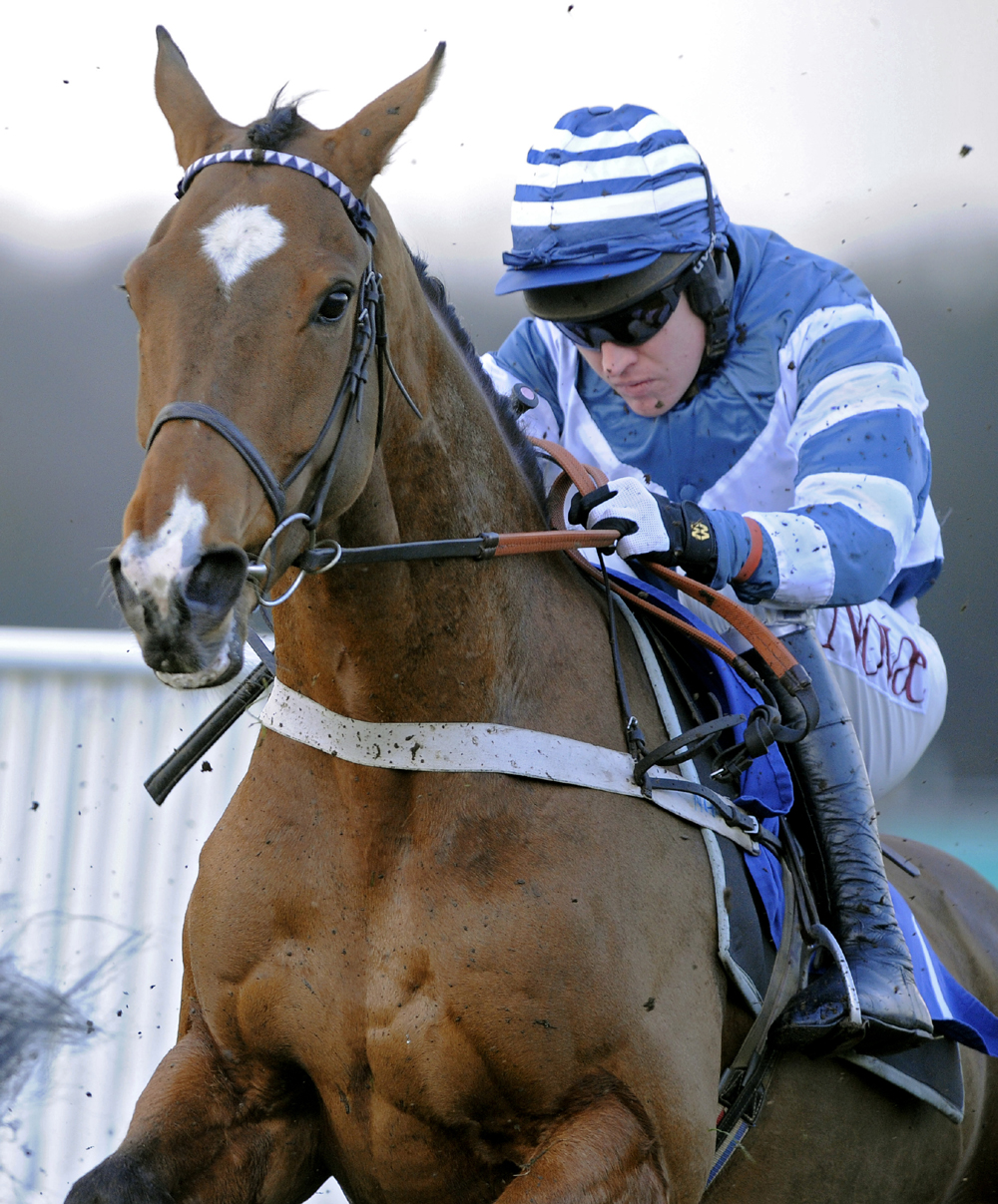 Are you finding your jump meetings more popular, with crowds and runners, than the Flat? If so, what are you doing to alter this?

Generally, yes. Although we have seen this last Flat season has brought more runners from the bigger Flat stables and been getting encouraging reviews from the trainers. Although there are more jump than Flat fixtures, we will continue to drive the merits of the Flat racing. I think it could be argued that during the holiday periods the occasional racegoer is influenced more by the weather than anything else.

In addition to the racing, what plans do you have for improving the racecourse and facilities? Would the ROA Gold Standard be something you would like to achieve?

We are always looking at ways of improving Ffos Las; we are currently planting 45,000 trees as part of the Queen’s Diamond Jubilee, in partnership with the Woodland Trust. It is always good to receive awards and it could well be within our capabilities to achieve an ROA Gold Standard.

The number of runners at Ffos Las – an average of nine per race since September – suggests some trainers find the course too remote. Is this as a problem?

Of course, it is something we have always been aware of. To overcome it we try to ensure that there are plenty of good reasons to come to Ffos Las – from our race planning through to ground conditions and facilities for owners, trainers and stable staff.

What effect has the new racecourse had on the South Wales economy and how much support have you received from the locals?

It is often remarked what a good atmosphere there is at Ffos Las, even at the quieter mid-week meetings. The support has been great, both from the individual and corporate clients. For example, I was keen to support the families of the miners that lost their lives in the recent disaster at the Gleision Colliery near Swansea.

And, due to the generosity of our sponsors and supporters, we raised £75,000 for the disaster appeal fund. Even closer to home, each year we bring all the local elderly folk to the races and look after them with a good meal, provided, as in all cases at the course, by local suppliers.

Do you have a particular policy when buying jumpers and how do you decide on which trainers to supply?

My initial instinct is to look at a horse’s pedigree and draw on the knowledge and expertise of certain bloodstock agents. This has proved a well worthwhile policy with the success of Snoopy Loopy, Oscar Whisky and hopefully many more.

I don’t wish to expand, but rather reduce the number and have better quality horses. In terms of trainers, I spread the horses around in order to encourage different trainers to come and support Ffos Las.

How does the relationship with Northern Racing work?

We have our own team at the course in terms of management, office and ground staff. But we work closely with Northern Racing where fixtures, commercial guidance and support are concerned. They are experienced racecourse operators who employ sound, commercially-focused people.

As a firm believer in higher levels of prize-money, do you consider the Horsemen’s Tariff to be working successfully?

Ffos Las has been compliant with the tariff and as an owner I agree with appropriate levels of prize-money. Wearing the racecourse Chairman’s hat, I believe there has been a lack of dialogue between the courses and the Horsemen’s Group, which has led to unnecessary problems with agreed levels of prize-money.

You are an ‘Associate Partner’ jumps racecourse under the new tariff guidelines. What hope do you have of becoming a full partner?

I think it is crucial that there is more agreement and harmony between the Horsemen’s Group and the racecourses if any scheme is to hold credence with all parties. There seems to be a common belief in some areas of the industry that racecourses are sitting on huge pots of picture rights money. I can assure you they are not.

How damaging has the clumsy introduction of the new whip rules been to the image of racing?

It penalised jockeys’ earnings and no other industry would suspend an employee on no pay. Also, on the big days you want to see the best jockeys riding, not sitting on the sidelines as the result of what in many cases would be considered minor whip infringements.

What words would you have for new BHA Chief Executive Paul Bittar before he starts his new role?

Be more commercial and understand the needs of racecourses and their financial models.

How did the recession affect your business and where do you see Ffos Las in ten years time?

I think we have been quite lucky and weathered the storm quite well. However, the number of admissions through the gate has obviously declined because people no longer have as much disposable income and are looking at ways to prioritise their spending. Hopefully, in ten years time we will still be on the racing calendar and, by then, even more firmly established and flourishing.

Up Next
Mark Bradburne retires at 35