Haras de Montaigu has long sat at the forefront of the French breeding scene but even by their own high standards, the 2022 season could be one that places them on a stronger footing.

Situated approximately 100 kilometres south of Deauville and previously home to such heavyweights as Kendor and Martaline, today’s roster is anchored by leading jumps stallion No Risk At All, the sire of Epatante and Allaho, and has been bolstered for 2022 by the arrival of multiple Group/Grade 1 winner Flintshire, a Dansili relation to Enable, in addition to the Group 1-winning stayer Technician.

Flintshire was previously based at Hill ’n’ Dale Farm in Kentucky and as fate would have it, the announcement of his switch coincided with the success of his son Verbal in the Grade 3 Cecil B DeMille Stakes at Del Mar.

“It was very special to see Verbal’s victory just after the announcement of Flintshire’s arrival to Haras de Montaigu,” says the stud’s Sybille Gibson. “Flintshire has had a very good start, since his first-crop son Cheshire Academy won last year’s Prix Noailles and now Verbal has won a Grade 3 at Del Mar.

“It couldn’t be a better start for a young sire but the Flintshire Syndicate thought a turf horse would do better as a sire in Europe. We had been looking for a Flat stallion for a long time and we thank Michel Zerolo of Oceanic Bloodstock for organising the deal.”

Flintshire spent his early racing career under the care of Andre Fabre, for whom he won the Grand Prix de Paris and Hong Kong Vase and ran second in two Arcs. As good as he was in Europe, however, he went on to become even more accomplished for Chad Brown in the US, where wins in the Grade 1 Manhattan Stakes and two renewals of the Grade 1 Sword Dancer Stakes came his way. Upon his retirement to stud, he boasted approximately $9.5 million in earnings.

As befits a Juddmonte star, he also boasts excellent bloodlines as a Dansili son of Group 2 winner Dance Routine, a Sadler’s Wells close relation to Enable. 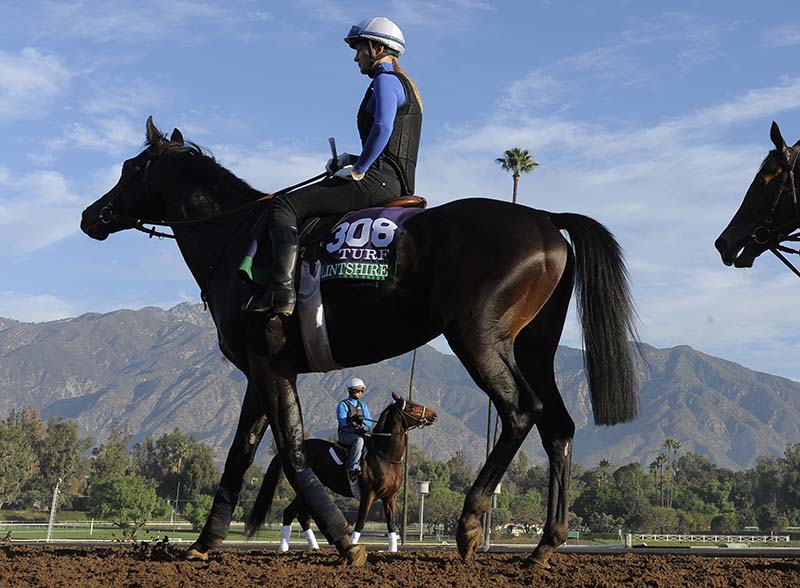 Flintshire is the sire of smart French colt Cheshire Academy out of his first crop. Photo – George Selwyn

“We think Flintshire is a very important and exciting addition,” says Gibson. “He has one of the best pedigrees on earth and he’s the only winner of five Group or Grade 1 races to stand in France.

“He was a very talented horse with an incredible turn of foot, he is extremely good-looking with good size and he’s well balanced. We had a chat with his first trainer André Fabre, who was very excited that Flintshire was returning to Europe.

“We were lucky to announce his arrival during the Tattersalls and Arqana breeding stock sales and we’ve had a fantastic response – there were 30 bookings in four days from some very important operations.”

Flintshire will stand for €6,500 while a fee of €3,000 has been set for Technician, who was saddled by Martyn Meade to win the 2019 Prix Royal-Oak at Longchamp.

The son of Mastercraftsman progressed into an excellent stayer during his three-year-old season, a campaign that also featured successes in the Prix de Chaudenay and Geoffrey Freer Stakes among five wins.

“With the help of Richard Venn, we were able to purchase half of Technician from Manton Park Racing, who keeps the other half,” says Gibson. “He is a very exciting recruit. Technician will be dual-purpose and he was very well received when we took him to Clairefontaine to meet breeders during the Arqana November Sale.”

She adds: “He’s an interesting addition to our National Hunt roster when No Risk At All is fully booked and our Grade 1-winning son of Martaline, Beaumec de Houelle, is going to be very busy too.

“Technician allows breeders to have access to a Group 1 winner by Mastercraftsman, who has himself already produced Grade 1 winners over jumps.” 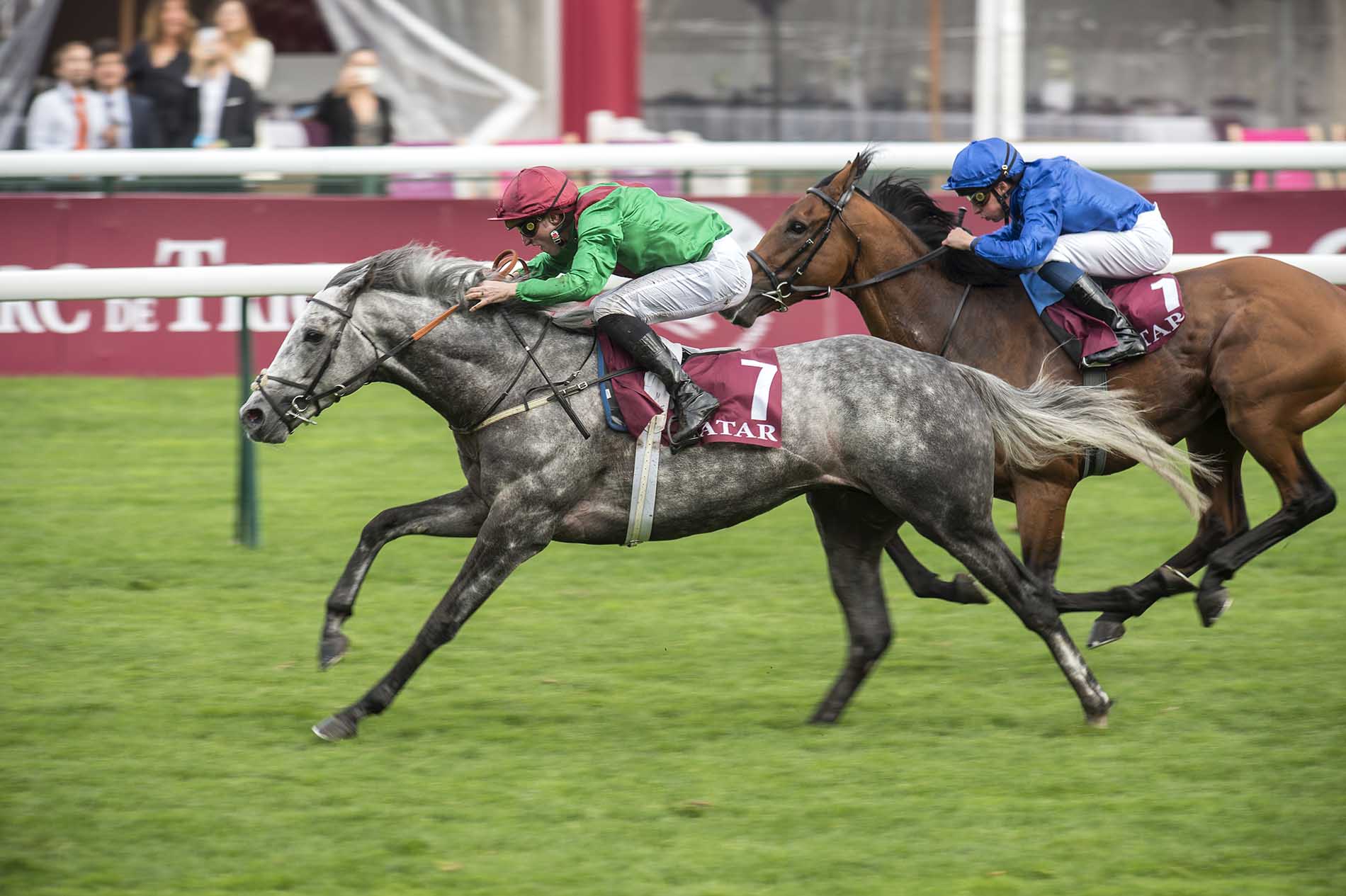 The aforementioned No Risk At All goes from strength to strength. Now 15-years-old, the son of My Risk was appreciated early on into his stud career at Montaigu by British and Irish breeders, and with the likes of Allaho, Epatante and Esprit Du Large to his credit, understandably remains extremely popular on both sides of the Channel.

“The British and Irish are mad about No Risk At All,” says Gibson. “He is fully booked this year again. He‘s always been very well supported by his trainer Jean Paul Gallorini and the French breeders since he retired to stud.

“We feel extremely privileged to have him, especially so soon after our other champion Martaline [who died in November 2019].”

She adds: “Martaline’s son Beaumec de Houelle is doing very well too. He won the Grade 1 Prix Cambarécès, making him the best three-year-old [jumper] of his generation, and is the best son of Martaline to stud.

“He’s had several winners in various shows. We sold a stunning filly by him at the Arqana November Sale for €72,000 to Midland Equine and then a foal sold for €48,000 at the Goffs December Sale to Tally-Ho Stud.

“He’s been fully booked each year. He has his first two-year-olds in 2022 but we’ll have to wait another year before his first National Hunt runners.”

Further variety is offered by German Horse of the Year Dschingis Secret, who relocates from Haras de Saint Arnoult, and the fast Jimmy Two Times, a particularly appropriate member of the roster given he is a son of Kendargent and therefore a grandson of former Montaigu lynchpin Kendor.

Both have their first runners in 2022.

“We are very excited to stand Dschingis Secret,” says Gibson. “Dschingis Secret was a champion on the racecourse, he’s a son of Soldier Hollow and is a full brother to four black-type horses.

“He has been well supported by French breeders. His first yearlings are quite spectacular, well balanced with a lot of bone, size and a good mind.

“The precocious and fast Jimmy Two Times also arrived at Montaigu last year. He won the Prix du Muguet over a mile and was placed 12 times from 1200 metres to 1400 metres, including when third in the important Prix Maurice de Gheest. We are very pleased to stand once again a stallion from the Kendor line.” 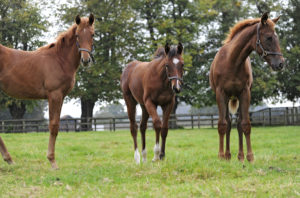 Up Next
Interim management changes announced at The National Stud