The age of the mighty mares
Stories

With Frankel and Wootton Bassett set to put their unbeaten records on the line in the coming months, which less-heralded thoroughbreds could make their mark in 2011?

The much-anticipated debut of Ouija Board’s first offspring Voodoo Prince has been a long time in coming – he suffered a slight setback which stopped him racing last season – but if the son of Kingmambo reveals half as much talent as his mother, then his owner/breeder Lord Derby has a serious horse on his hands.

Now three, the colt holds a Derby entry – and is quoted at 66-1 for the Classic – but he would need to shine in less vaulted company before attempting to add to his family’s fine record at Epsom. According to his trainer, Ed Dunlop, Voodoo Prince could run in the Wood Ditton Stakes at Newmarket in mid-April.

There would be no more popular winner of the Derby than The Queen and in Carlton House, Her Majesty looks to have a live contender. Trained by Sir Michael Stoute, Carlton House followed a debut second at Salisbury with a ninth-length romp in a back-end mile maiden at Newbury, after which he was as long as 25-1 for the blue riband. He is now half that price.

Stoute’s record at Epsom commands respect and it will be fascinating to see how this son of Street Cry fares when he makes his return in one of the Classic trials.

As a younger sibling of the brilliant Sea The Stars, Born To Sea, the last foal out of blue hen Urban Sea, will be the focus of intense scrutiny when he first sets foot on a racecourse.

His future may lie over shorter trips than those at which his superstar half-brother excelled, as his sire, Invincible Sprit, is more an influence for speed than stamina, although he has produced horses that stay well, such as French Derby winner Lawman and 12-furlong Group 2 winner Allied Powers.

John Oxx is never one to rush his horses and Born To Sea will be given plenty of time to fulfil his potential, whether that is revealed in his two-year-old season – Sea The Stars’s only defeat came on his sole juvenile outing – or later on. 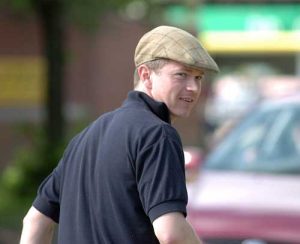 The former conditional jump jockey, 31, spent ten years assisting Jarvis and so was a natural replacement for the man who enjoyed plenty of success on the big stage with the likes of Carroll House and Rakti. Taking over a yard with over 120 horses, including Group performers, Classic contenders and any number of promising younger horses may appear to be a dream scenario however it will also bring its own pressures for a trainer embarking on his first season.

Eclipse second Sri Putra stays in training as a five-year-old, Coventry Stakes runner-up Elzaam could run in the 2,000 Guineas while Alainmaar looked very progressive in winning both races last year and was a candidate for the Hardwicke Stakes at Royal Ascot before injury intervened. Varian has promoted long-time number two Neil Callan to be stable jockey and at the time of going to press was set to saddle his first runner, Laaheb, in the Dubai Sheema Classic at Meydan.

Two other names to watch out for are David O’Meara and Ollie Pears, who have graduated from the jockey ranks. Both enjoyed a profitable 2010, the former sending out 25 winners in his debut season, while the latter secured one less which represented a personal best. They look set to continue on an upward curve in 2011.

Fast lane to the top

William Buick made the jump from promising apprentice to top jockey in next to no time and while he may be an extraordinary talent, his rapid rise should act as an inspiration to others looking to break through to the big time.

Last year’s champion apprentice Martin Lane advertised his skills in the saddle on the big stage when guiding Wigmore Hall to a narrow success in the John Smith’s Cup at York.

The young Irishman, based with David Simcock in Newmarket, has strength to match his considerable style, attributes which earned him 52 winners in 2010.

Lane, who can ride at 8st 1lb, turned down the chance to ride in Dubai in order to focus on the all-weather season. Though operating without a claim this season he will surely find his services in great demand. 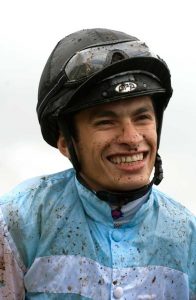 Northern-based Silvestre de Sousa hit 100 winners in 2010, including Ladies Are Forever in Redcar’s very valuable Two-Year-Old Trophy, with his century supplied by 33 different trainers. Sir Mark Prescott, Paul Cole and Mark Johnston are among the Brazilian’s admirers and his star is certainly in the ascendancy.

Cathy Gannon will be hoping to kick on after a great year which yielded an Irish Group 3 among her best ever tally of 60 winners, while Amy Ryan, who is great value for her 3lb claim, may have ridden the vast majority of winners for her trainer father Kevin, however she has started to attract the attention of outside stables. 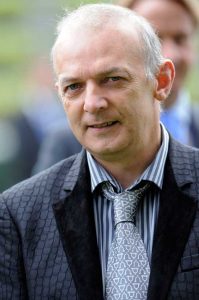 One of the biggest British investors in bloodstock in recent seasons has been Andrew Tinkler, Chief Executive of the Stobart Group, who looks set to be a big player as both and owner and breeder in the coming years.

Tinkler, who is advised by bloodstock agent Dwayne Woods, has only been involved in racing for around three years but has quickly developed a love for the game. He saw an opportunity to increase his purchasing of yearlings in 2010 when prices in the sale ring dropped. While the majority of his colts have been bought in the sub-£100,000 bracket, he paid 450,000gns and 240,000gns for daughters of Green Desert and Azamour with one eye on their breeding potential.

In 2009 Tinkler outbid Sea The Stars’s owner the Tsui family for Sugar Free, a 540,000gns Group 3-placed daughter of Oasis Dream who is in foal to Sea The Stars. Two years earlier he splashed out €570,000 on Dalasyla, a half-sister to Group 1 winner and Derby runner-up Daliapour.

Tinkler keeps his broodmares at Brook Stud, just outside Newmarket, and plans to make his racing and breeding operation more commercial in future.

He told this magazine last year: “We’re buying with an eye on the longer term and looking for yearlings with the ability to be a good broodmare or stallion prospect, so you might as well pay a little bit extra if the potential is there.”

Tinkler has 65 horses in training with eight trainers around the country, including Michael Dods, who was the first to train for him, Sir Michael Stoute, Richard Hannon, Henry Cecil and Marco Botti.

Pearl Bloodstock, the racing and breeding vehicle spearheaded by Qatari Sheikh Fahad Al Thani, announced its presence as a major investor with the purchase of 2,000 Guineas winner Makfi to stand at Tweenhills Stud.

Total Gallery, winner of the 2009 Prix de l’Abbaye, was subsequently bought privately and sent to Makfi’s handler Mikel Delzangles in France ahead of a stallion career.

The operation, which sold smart miler Wade Giles to Hong Kong, bought 25 yearlings in Europe and the US last year and has around 35 horses in training with the likes of Ralph Beckett, William Haggas and Richard Hannon for the coming season.

Those with even a passing interest in bloodstock will be keeping an eye out for the batch of stallions represented by their first-crop runners in 2011. Rarely has such an elite group of racecourse performers retired in the same year as those that began their stud careers in 2008 and it will be disappointing if at least a couple don’t convert their talents on the track to success in the breeding shed.

Sheikh Mohammed’s spending was at its zenith in 2007 and one of his highest-profile purchases, the previous season’s champion juvenile Teofilo, is fancied by many to make his mark as a stallion this year.

His first sales offerings last year included a €400,000 filly bought by Sir Robert Ogden at Deauville in August and – as an unbeaten champion two-year-old – hopes must be high for the first runners by the son of Galileo, who didn’t run at three because of injury. 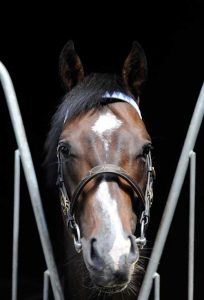 Two Derby winners also feature among the new stallions in Authorized and Sir Percy, each also a Group 1 winner at two.

Authorized was another big money signing by Sheikh Mohammed for his Darley stallion operation and the son of Montjeu retired with a superb record that included a five-length rout of Dylan Thomas at Epsom, plus a Racing Post Trophy success as a juvenile. His yearlings, led by a 170,000gns colt knocked down to John Ferguson at Tattersalls, did not command the same lofty sums realised by Teofilo’s newcomers but it is racecourse performance that now counts for everything.

Sir Percy, winner of the 2005 Dewhurst Stakes, did not score after the Derby but he has been supported by his owners Anthony and Victoria Pakenham and his first crop are spread among several noted juvenile trainers.

As well as a pair of Derby winners, the freshman sires also include a pair of stallions whose biggest day came in Paris on the first Sunday in October.

Dylan Thomas didn’t score again after that Arc victory in 2007 under Kieren Fallon but he already boasted a bulging CV that also featured an Irish Derby, a King George and a pair of Irish Champion Stakes. A half-brother to top two-year-old filly Queen’s Logic, the son of Danehill stood for €50,000 in his first year and has some blue-blooded representatives carrying great expectations this season.

A year before Dylan Thomas’s Longchamp win, it was Rail Link’s chance to shine in the Arc and, after beginning covering for a fee of £12,500 at Banstead Manor Stud, his first yearlings did not realise quite as much as those of his more expensive contemporaries.

Progeny of the bargain 2,000 Guineas winner Cockney Rebel, a 30,000gns Doncaster yearling, found their way to a variety of trainers with his most expensive son Stringer Bell, whose name will be familiar to viewers of The Wire, based with Richard Hannon after selling for €110,000 as a yearling.

Prix du Jockey-Club winner Lawman retired to Ballylinch Stud in Ireland and, in relation to his €25,000 stud fee, he performed as well as any freshman sire at the 2010 sales with the John Gosden-trained Widyaan boasting a 300,000gns price tag.

A surprise package could be supplied by Amadeus Wolf, who hails from the only crop of Mozart and stands at the Irish National Stud after a career that included a Middle Park Stakes victory at two and a Duke Of York Stakes win as a four-year-old. Conceived at a fee of €10,000, his first batch of foals have found their way to a number of trainers who excel with precocious two-year-olds. 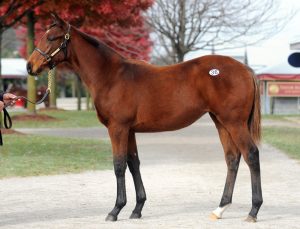 Up Next
The age of the mighty mares