Barry Geraghty announced his retirement from the saddle late on Saturday evening, bringing the curtain down on a glittering career highlighted by 121 victories at the top level.

Having started riding in 1997, Geraghty amassed a total of 1,920 wins and among them were a Grand National success, two Cheltenham Gold Cups and 43 wins at the Cheltenham Festival.

Our photographer George Selwyn has been on track countless times capturing Geraghty at his best and we take a look at five of his most memorable victories. 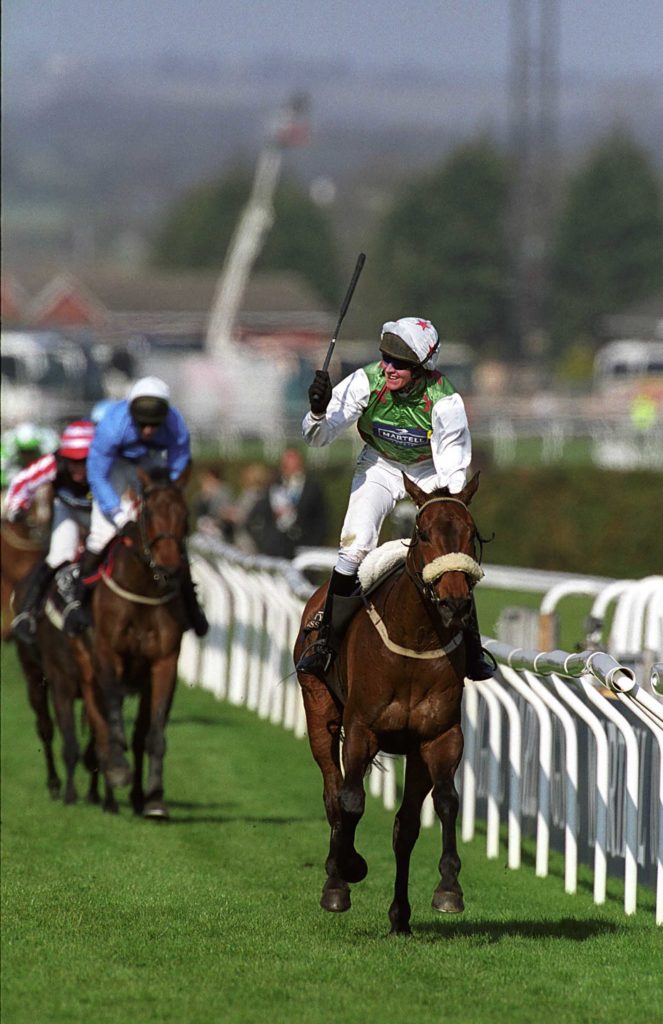 Having finished second in the 2002 edition of the Topham Chase, Geraghty continued his partnership with the Jimmy Mangan-trained Monty’s Pass as they lined up to tackle the following year’s Grand National.

There were worries over whether the ten-year-old would be able to stay the marathon trip but what followed was a magnificent display of jumping over the famous obstacles.

Taking the lead two fences from home, having always been kept handy by Geraghty, Monty’s Pass soon pulled clear to record an emphatic 12-length victory over Supreme Glory to hand all involved a famous success in the Aintree showpiece. 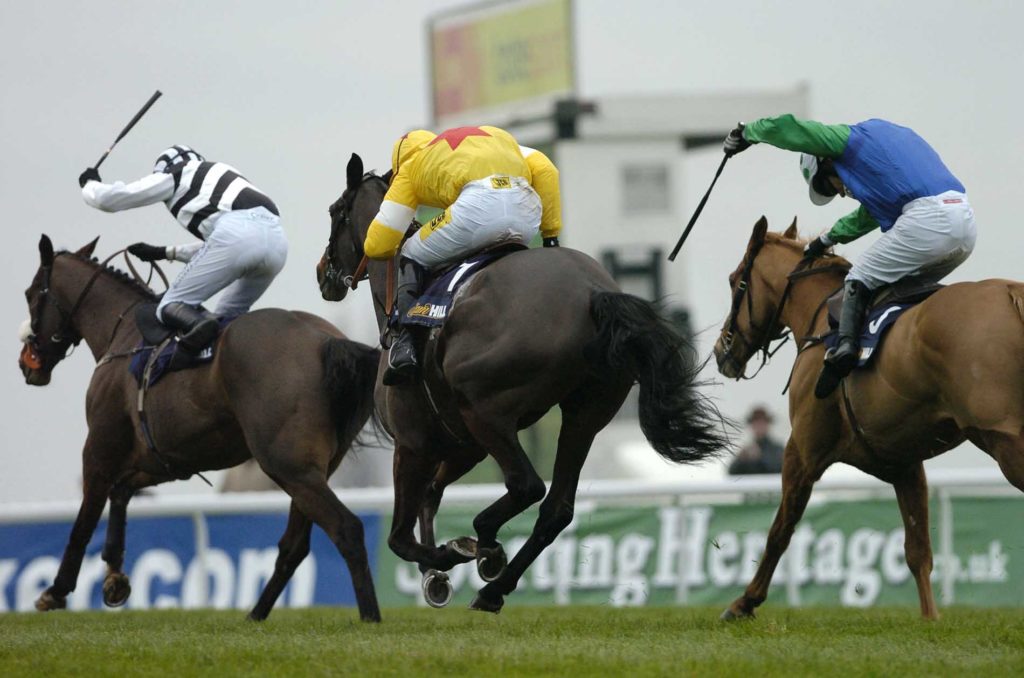 Azertyuiop and Well Chief try to catch Moscow Flyer (white and black) on the Sandown run-in during the 2004 Tingle Creek – Photo: George Selwyn

Few will have forgotten the association that Geraghty enjoyed with the Jessica Harrington-trained Moscow Flyer between 2001 and 2005, partnering the chaser in all but one of his 28 runs over fences.

A year on from victory in the 2003 Tingle Creek, Moscow Flyer returned to Sandown looking for back-to-back victories in the Grade 1. What followed was a tussle of epic proportions between Moscow Flyer, Azertyuiop and Well Chief.

The tempo of the race increased when Geraghty got to work on Moscow Flyer as they approached the pond fence, three from home. Despite brushing through the top, Moscow Flyer gained a distinct advantage over Azertyuiop and Well Chief.

Chasing the relentless gallop of the leader, Azertyuiop and Well Chief tried in vain after clearing the final two fences to chase Moscow Flyer on the run-in, but it was to no avail as Harrington’s charge could not be caught. 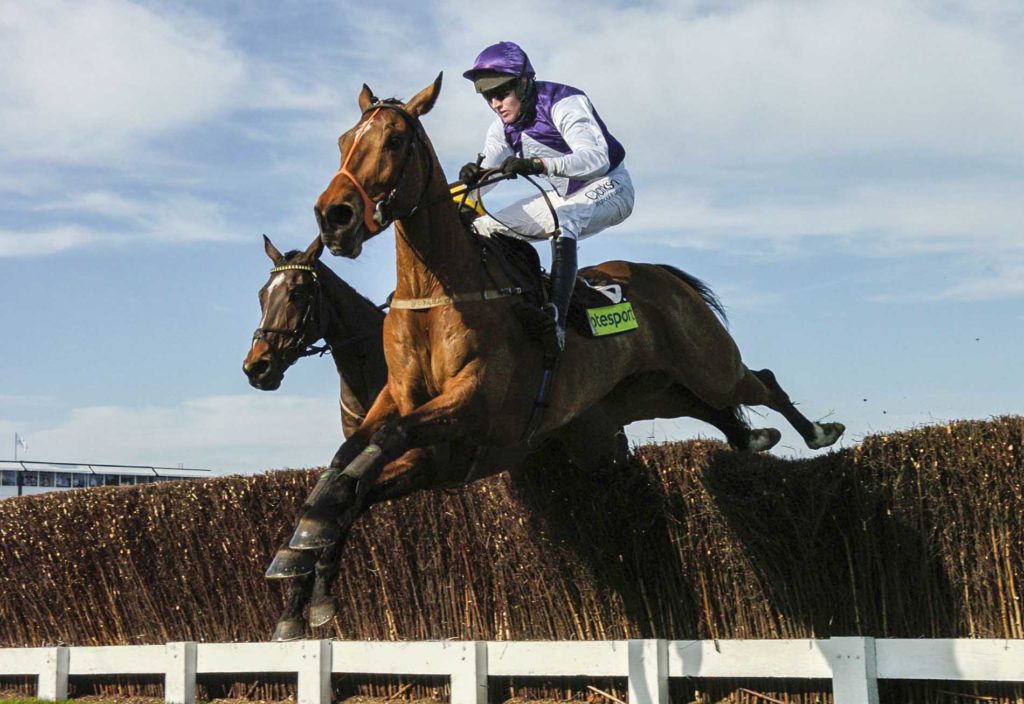 Kicking King on his way to winning the the Cheltenham Gold Cup in 2005 – Photo: George Selwyn

Another partnership that Geraghty was renowned for was with the Tom Taaffe-trained Kicking King, who the jockey rode throughout the gelding’s 26-race career.

Two weeks prior to the 2004 Cheltenham Festival getting underway, Kicking King’s participation in the Gold Cup was ruled out by Taaffe after a bad scope. But there was to be a twist in the tale as the seven-year-old recovered sufficiently days before the race and connections opted to take their chance in the Grade 1.

What followed was an imperious display as Kicking King picked off his rivals and moved into the lead three fences from home. Take The Stand challenged in the home straight but Kicking King found another gear to seal a five-length success. 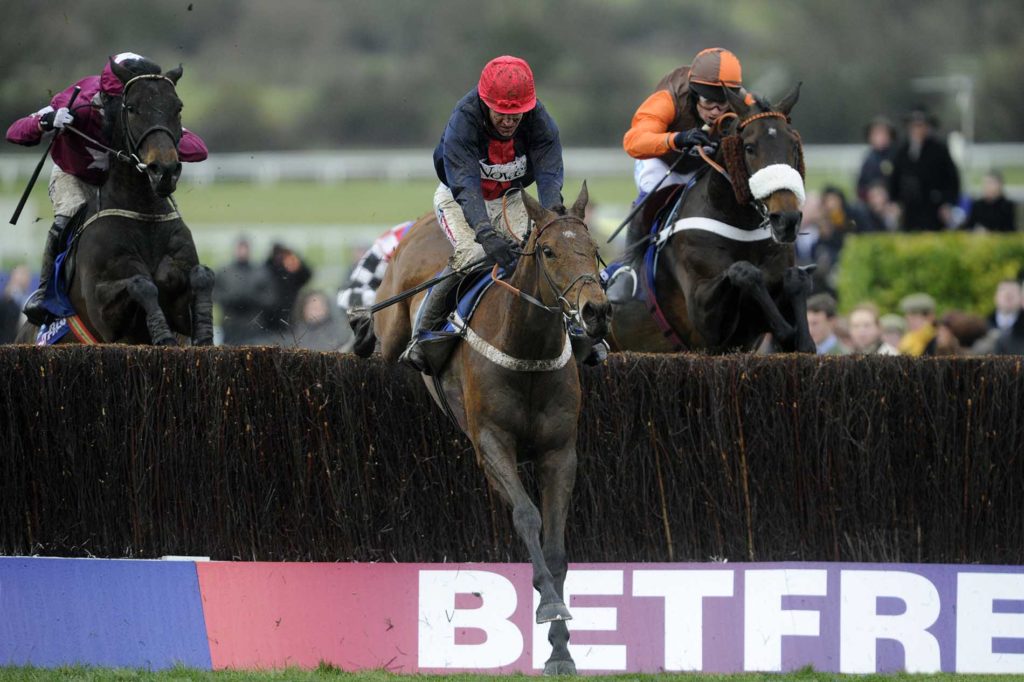 Geraghty and Bobs Worth jump the last fence on way to winning the 2013 Gold Cup – Photo: George Selwyn

No stranger to the bloodstock world, Geraghty’s connection with the future 2013 Gold Cup hero began when the jockey purchased the son of Bob Back as a yearling before selling him as a three-year-old store for £20,000.

Luckily the purchaser was none other than Geraghty’s boss at the time, leading trainer Nicky Henderson. It was clear to see why Henderson had moved to secure the gelding as Bobs Worth sealed a number of big-race victories including the Albert Bartlett in 2011 and the RSA Chase in 2012.

A year later there was a third consecutive triumph at the Cheltenham Festival for Bobs Worth when he took the Gold Cup. Of course, Geraghty had to stoke his mount into contention and once in top gear, they took the lead after the last fence before pulling away to win by seven lengths. 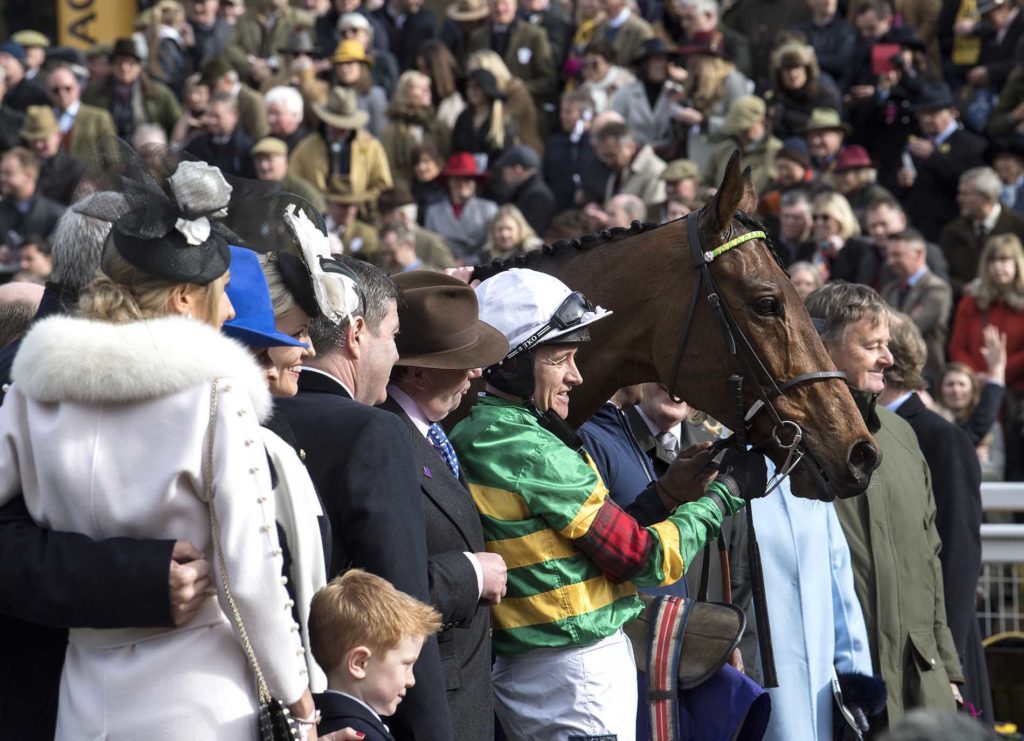 Geraghty poses with Champ in the winner’s enclosure at Cheltenham after their astonishing victory in the RSA Chase – Photo: George Selwyn

This year’s Cheltenham Festival proved to be the final edition that Geraghty took part in and the Irishman will forever be associated with the astonishing ride he gave Champ in the Grade 1 RSA Chase for owner JP McManus.

It is a performance that will live long in the memory of those in attendance as Champ produced the unthinkable, from ten lengths down at the last fence, to storm up the hill to deny Minella Indo and Allaho in a pulsating finish.

The success owed much to Geraghty’s prowess in the saddle, on the horse named after the legendary Sir Anthony McCoy, as the jockey had kept asking his mount for more throughout the race.

Remarking on the astonishing performance, Geraghty said: “I thought I had no chance jumping the last, but three strides later I was starting to smell the money.” 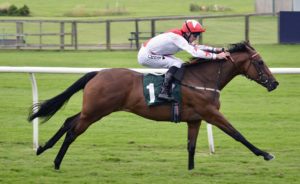 Up Next
Double delight for Brazen Belle