First winner for our man Tate

Readers of Thoroughbred Owner & Breeder will be familiar with the name James Tate and we’re likely to be hearing plenty more about him.

Our veterinary columnist has recently taken out a training licence and celebrated his first winner on December 22 when the Saeed Manana-owned Dark Falcon struck over seven furlongs at Southwell in the hands of Kieren Fallon.

Tate and his wife Lucinda have sent out five runners to date from their Jamesfield Place Stables in Newmarket and received a major boost when sent more than 20 horses by Darley’s Rabbah operation in November.

A former amateur rider over jumps, Tate is a qualified veterinary surgeon and member of the TBA’s veterinary committee. He worked for Mark Johnston in Middleham before starting his own training business in October and is well-bred for the job: his father Tom trains in Yorkshire and his uncle is Michael Dickinson, renowned for his feat of training the first five home in the Cheltenham Gold Cup of 1983. 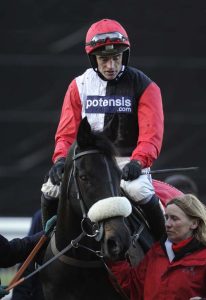 Up Next
An enduring legacy