St Leger winner Sixties Icon, who has made a flying start to his stallion career with six two-year-old winners to date, has been joined at the head of the first-season sires’ leader board by Sakhee’s Secret, who recorded his sixth winner of the campaign on Saturday after a busy week which saw three new winners for the former July Cup winner.

The two stallions – sons of Galileo and Sakhee respectively – stand not far from each other in the south-west of England at Norman Cout Stud and Whitsbury Manor Stud. While they are neck-and-neck on number of winners, Sixties Icon, who was represented by his first stakes winner, Chilworth Icon, on Derby day, boasts an impressive winners-to-runners strike rate of 60%, compared to Sakhee’s Secret’s 22%.

Henrythenavigator may stand at Ashford Stud in Kentucky but that hasn’t prevented him from being well represented by juveniles in Britain and Ireland, with his 13 runners to date having recorded three wins between them, including the twice Group 2-placed Cristoforo Colombo.

Derrinstown Stud resident Haatef is level with Rathasker’s Thousand Words and Darley’s Raven’s Pass, with each of the Irish-based stallions having been represented by two winners.

Captain Marvelous, Duke Of Marmalade, Assertive, Astronomer Royal and Ramonti are also off the mark, as is Lane’s End Farm’s Curlin, whose sole runner in Europe, the Lanwades-bred filly Savanna La Mar, won at Chester on Saturday. 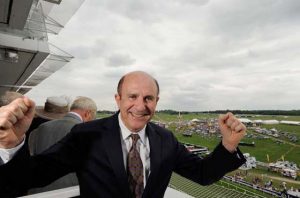 Up Next
Life’s a gamble