Leroidesanimaux to stand at Lanwades
Stories

By The Owner Breeder staff 29 September 2013

There could have been no more appropriate first black-type winner for Sea The Stars than his daughter My Titania, who triumphed in the Group 3 C L Weld Stakes at the Curragh on Sunday.

Like her sire, the juvenile filly was bred by the Tsui family’s Sunderland Holdings Ltd and races in the yellow and purple silks he made famous when winning six consecutive Group 1 races in 2009, including the Derby and the Prix de l’Arc de Triomphe. More fitting still, she is trained by John Oxx, the man responsible for shaping the extraordinary career of Sea The Stars.

Oxx is one of the most respected figures in Irish racing but his stable has suffered the blow of losing a number of equine residents in recent weeks following the decision by the Aga Khan to relocate a number of two-year-olds to the yard of Dermot Weld. The poignant win of My Titania was thus richly appreciated by the crowd at the Curragh, who gave the master of Currabeg Stables a rousing reception as he returned to the winner’s enclosure with the filly.

My Titania is out of the Danehill mare Fairy Of The Night, another Tsui family homebred, who won the Listed Fairy Bridge Stakes under Oxx’s tutelage. Her three runners to date also include the Listed runner-up Aneedah, by Invincible Spirit, and her winning three-year-old full-brother Muthmir.

Sea The Stars, who has stood at the Aga Khan’s Gilltown Stud since his retirement from the track, is the sire of seven winners to date, including the dual scorer Stars Over The Sea and recent debutante winners Taghrooda and Rip Roaring. 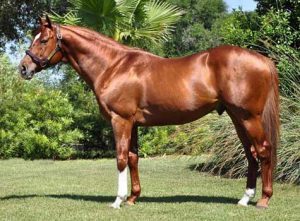 Up Next
Leroidesanimaux to stand at Lanwades