The operation announced the news on its Twitter profile with a picture of the newest addition to its ranks on Monday afternoon.

Anapurna’s victory in the 2019 edition of the fillies’ Classic saw her become the first European Classic winner for her sire, the undefeated dual world champion Frankel.

“Dash To The Front [half-sister to Dash To The Top] produced Speedy Boarding from her mating with Shamardal, and this mating is a very similar cross.

“Another close member of the family [Peppermint Green] produced Group 3 winner Four White Socks, who’s by Lope De Vega too, so we felt he was the right way to go. Anapurna is a neat, attractive mare and hopefully Lope De Vega will suit her very well physically.”

Weinfeld revealed to Racing Post Bloodstock last week that Anapurna will be sent to visit Darley’s flagship sire Dubawi for her second cover this year. 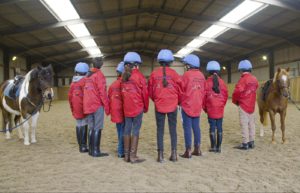 Up Next
Newmarket Pony Academy set to launch in April