Stallions emanating from two of Danzig’s most influential sons also dominate the intake for 2013, with seven being grandsons of Danehill and another four grandsons of Green Desert – three of which are either by Invincible Spirit or Kheleyf, and the fourth by the increasingly influential Oasis Dream.

For generations now, Northern Dancer has had a major influence on the breed in all corners of the globe. Six of Northern Dancer’s sons have male-line descendants enhancing the stallion ranks in Britain, Ireland and France this season, and are responsible for 20 of the 28 new retirees.

Three of those count Sadler’s Wells as a grandsire and, while for a long time it was hard to imagine his immense reputation being eclipsed, Galileo is showing every sign that he will be as dominant, if not more so, than his father.

While his credentials as a sire are already etched in gold, his claims to being a sire of sires were enhanced with the performance of champion European first-season sire New Approach and leading European second-season sire Teofilo.

Both these sons of Galileo were unbeaten champion two-year-olds and in each case their former trainer, the remarkable Jim Bolger, has been responsible for breeding and training their leading performers – Dawn Approach for New Approach and Light Heavy for Teofilo (whose best runner the previous season was another Bolger homebred Group 1 winner, Parish Hall).

Galileo’s two additions to the stallion ranks this term, Frankel and Nathaniel, started their racing careers by finishing just half a length apart when first and second in a Newmarket maiden on August 13, 2010. They retired on the same day, too. This time the deficit was four and a quarter lengths in the QIPCO Champion Stakes, with Cirrus Des Aigles sandwiched in between.

For Nathaniel, whose rangey frame and long stride marked him as a more obvious middle-distance contender to the more compact Frankel, top-flight victories in the intervening 26 months would come in the King George and Eclipse, while a five-length defeat of subsequent Melbourne Cup runner-up Fiorente in the King Edward VII Stakes at Royal Ascot was also special.

While Galileo has carried all before him, his fellow Derby winner and Coolmore sire High Chaparral took a little longer to become established, but he has nevertheless been responsible for his fair share of decent horses, most notably in Australasia.

European racegoers were treated to an audience with the best of these, So You Think, when he was transferred from Bart Cummings’s stable to Ballydoyle at the end of 2010. Arriving in Ireland in the age of Frankel and with such a lofty reputation from his five Group 1 wins, including back-to-back Cox Plates, it was perhaps always going to be hard for him to capture the imagination of the racing public in Europe as he did in Australia, but the near-black horse, extraordinary in both looks and deed, would add a further five Group 1 victories to his name and has compiled a racing record that few could fault.

Of the aforementioned ‘Danzig gang’, four are sons of Dansili – Bated Breath, a Group 1 winner in all but name, the super-tough Famous Name, 2,000 Guineas runner-up Delegator, and speedy juvenile Requinto. 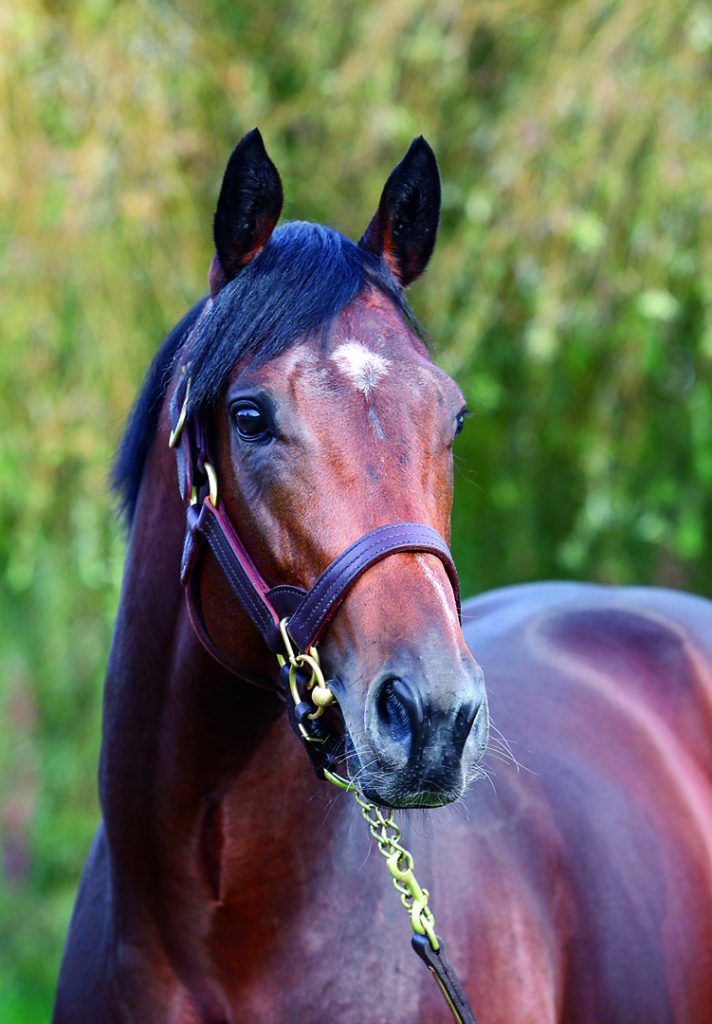 Another three, like So You Think, boast Antipodean heritage. Excelebration – a champion miler in any other generation bar Frankel’s – and multiple Australian Group 1 winner Helmet are both sons of Exceed And Excel, whose reputation in the northern hemisphere grows with each year at stud, while Foxwedge is the first son of Australian champion sire Fastnet Rock to stand in Europe. The powerful sprinter has just taken up residence at a farm renowned for its love of speed influences, Whitsbury Manor Stud.

Another new sire with Australian parentage is Elzaam, a son of Redoute’s Choice, who is himself shuttling to Europe this year. Elzaam was narrowly denied a valuable victory in the Coventry Stakes when beaten a nose by Strong Suit, and the Listed winner, now at Ballyhane Stud, ran well back at the track the following year when fourth to Society Rock in the Golden Jubilee Stakes.

The Irish National Stud flagbearer Invincible Spirit is represented by two new stallion sons this year, Born To Sea at Rathasker Stud and Mayson at Cheveley Park Stud. Like Frankel and Nathaniel, Born To Sea owns an impeccable pedigree, being the last foal of the incomparable Urban Sea. While he can’t boast such a stellar race record as his half-brother Galileo or three-parts-brother Sea The Stars, he nevertheless deserves his chance at stud and will doubtless be well supported by his owner/breeders Ling and Christopher Tsui, and by Rathasker.

Mayson, who is standing alongside his maternal grandsire Pivotal, was runner-up in the Ripon Champion 2YO Trophy to his close relation Bathwick Bear, but it was his exploits at four which really elevated his appeal. Wins in the Abernant Stakes, Palace House Stakes and July Cup, plus a quarter-length second to Wizz Kid in the Prix de l’Abbaye, defined him as one of the best sprinters of a very wet season and the team at Cheveley Park Stud will be hoping that Mayson makes as bright a start to his stud career as did their leading freshman sire of 2011, Dutch Art.

Irish 2,000 Guineas winner Power is one of a quartet of new boys at Coolmore and is part of the growing army of sons of Oasis Dream at stud. Young stock by his paternal half-brothers Aqlaam, Approve, Arcano, Naaqoos and Showcasing have been well received at the sales, and this horse, whose dam is a half-sister to the Guineas winner and successful sire Footstepsinthesand, is bound to be similarly popular.

The first son of Kheleyf to retire to stud is the good-looking Group 2 winner Sayif. He will be based at David Hodge’s Llety Stud under the ownership of Saleh Al Homaizi and Imad Al Sagar, who bought a decent array of mares at the December Sales through Tony Nerses in a bid to support him.
The American-bred Doncaster Rover, by Danzig’s son War Chant, notched a trio of Listed sprint victories and retires to Hedgeholme Stud near Darlington. He was certainly precocious and was beaten just half a length in the Brocklesby, but he was also durable, making 41 starts in five seasons.

The popularity of Try My Best’s grandson Royal Applause seems never to wane and his son Acclamation has plenty of supporters too. Sheikh Fahad will be hoping that goodwill continues through to Acclamation’s Group 2-winning son Harbour Watch, who joins Makfi at Tweenhills.

Dragon Pulse is a son of another rock-solid sales sire Kyllachy, and he has the sort of early form which will encourage commercial breeders. Having overhauled subsequent Dewhurst winner Parish Hall in the Group 2 Futurity Stakes, he was half-a-length second to Power in the National Stakes before adding a Group 3 victory over a mile in France to his record at three.

Giant’s Causeway has just been crowned champion sire in North America for the third time and his son Shamardal also enjoyed a successful 2012. One of Shamardal’s eight Group 1 winners, Casamento, joins the roster at Kildangan Stud next to his sire. A terrific juvenile season saw him beaten just once, when he was runner-up by a head to Pathfork in the Group 1 National Stakes. He atoned for that slip with subsequent wins in the Beresford Stakes and Racing Post Trophy.

Last of the Northern Dancer set is Rajsaman, a son of Linamix who has been recruited to one of France’s fastest-growing stallion operations, Haras de la Cauvinière. Sylvain Vidal, who runs the stud, cut his teeth in Ireland with Coolmore, where he met fellow Frenchman Mathieu Alex, and they have now been reunited to great effect in their home country. The stud’s other stallions Le Havre, who has his first runners this year, and Air Chief Marshal, have been well supported and it’s safe to assume that the dual Group 2-winning miler Rajsaman will benefit from a decent first book of mares.

P is for prospects

The Mr Prospector line is better established in North America but it has also enjoyed plenty of success in Europe. Caspar Netscher and Sir Prancealot are the highest-rated sons respectively of their young sires Dutch Art and Tamayuz, and Sir Prancealot’s retirement at the end of his two-year-old season echoes that of Dark Angel, who also retired before his sire Acclamation had even had a three-year-old runner.

Caspar Netscher – incidentally one of three new stallions with Singspiel as his damsire – was a cracking two-year-old who went on to win the German 2,000 Guineas. Sir Prancealot’s racing career was cut short by injury, which was a great shame as he had looked a colt with a bright future when holding off Molecomb Stakes winner Bungle Inthejungle in the Group 2 Flying Childers Stakes. He also holds the honour of being his sire’s first black-type winner, having won the Listed National Stakes at Sandown last May.

Steele Tango, a son of the late Okawango, raced for five seasons, the highlight of his quintet of wins coming in the Group 3 Darley Stakes at Newmarket over subsequent Group 1 winner Glass Harmonium. Now at Lodge Farm near Peterborough, he hails from Kilfrush Stud’s family of Last Tycoon, his dam Waltzing Around being an Ela-Mana-Mou half-sister to the 1999 Poule d’Essai des Pouliches winner Valentine Waltz.

A member of the penultimate crop of Diesis, Debussy represents the Sharpen Up line, whose prominent members have included Diesis’s brother Kris, the recently deceased Selkirk and Trempolino. A Group 2 winner in France, Debussy fared even better when going to Chicago in 2010 for the Arlington Million. His dam Opera Comique is a half-sister to King George winner Belmez.

Over in France, Nasrullah’s descendants Rio De La Plata, a grandson of Blushing Groom, and No Risk At All, a great grandson of Highest Honor, both enter stud. Rahy’s son Rio De La Plata has been one of the most consistent advertisements for breeze-up sales, having been a Group 1-winning juvenile who remained in training for six seasons. In 2010, he won two further Group 1s in Italy and has been in the first three for 19 of his 30 starts. He stands at Haras du Logis, while Haras de la Reboursière et de Montaigu, whose exciting sire Turtle Bowl was sold to Japan last year, has recruited No Risk At All.

His is primarily a jumping family – his excellent half-brother Nickname won 18 races over hurdles and fences – but No Risk At All was a Listed winner at two before winning two Group 3 contests over ten furlongs last season, including when defeating the talented Meandre in La Coupe at Longchamp. In France, where the barriers between Flat and National Hunt sires are less distinct, No Risk At All will doubtless attract mares from both codes.

Sakhee’s Classic-winning son Tin Horse, who is grey like his damsire Kendor, completes the list of newcomers having joined the roster at Haras de Grandcamp alongside Vision d’Etat. 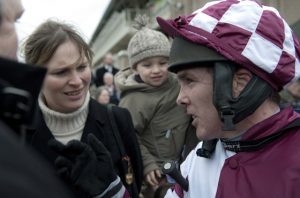 Up Next
Living the dream