Fillies dominated the top end of the market for newly-turned yearlings at the opening session of the Goffs UK January Sale in Doncaster on Tuesday, accounting for the top three lots.

At £56,000, a British-bred daughter of Epatante’s sire No Risk At All led the way when selling to Coolmara Stables.

Bred by Mr and Mrs Nigel Faulks out of Only For Love, a Kalanisi half-sister to the Grade 1-placed chaser Amore Alato who won twice over hurdles and once in bumper company herself, the filly was the sole representative on offer by the Haras du Montaigu stallion, who is an increasingly popular option with British and Irish breeders as outlined here by the stud’s Sybille Gibson.

The filly was sold by Molland Ridge Stud.

Nor did one of the most highly anticipated lots of the day, a half-sister to recent runaway Tolworth Hurdle winner Constitution Hill, disappoint. Offered by Throckmorton Court Stud on behalf of breeder Sally Noott, she was knocked down to Alne Park Stud for £50,000 to cap a good day for her young sire Jack Hobbs.

Overbury Stud was also influential in a good day for the Coolmore stallion Getaway as the vendor of filly out of a sister to Champion Hurdle winner Jezki who sold for £43,000 to Swanbridge Stud.

Yorton Farm Stud’s Gentlewave supplied the joint most expensive colt of the day, a relation to Grade 1-winning chaser J’y Vole who sold for £35,000 to Richard Frisby. The same mark was later reached by a Diamond Boy colt out of the high-class bumper mare Cap Soleil. Brookridge Farm struck the winning bid on the colt, sold by Throckmorton Court Stud.

A section devoted to mares and fillies in and out of training staged as the session drew to a close also attracted its share of interest headed by the £52,000 paid for Lexi’s Choice, a placed Presenting half-sister to the high-class jumpers Johns Spirit and The Game Changer. Offered by Cobhall Court Stud, she was bought by Springhill Stud. 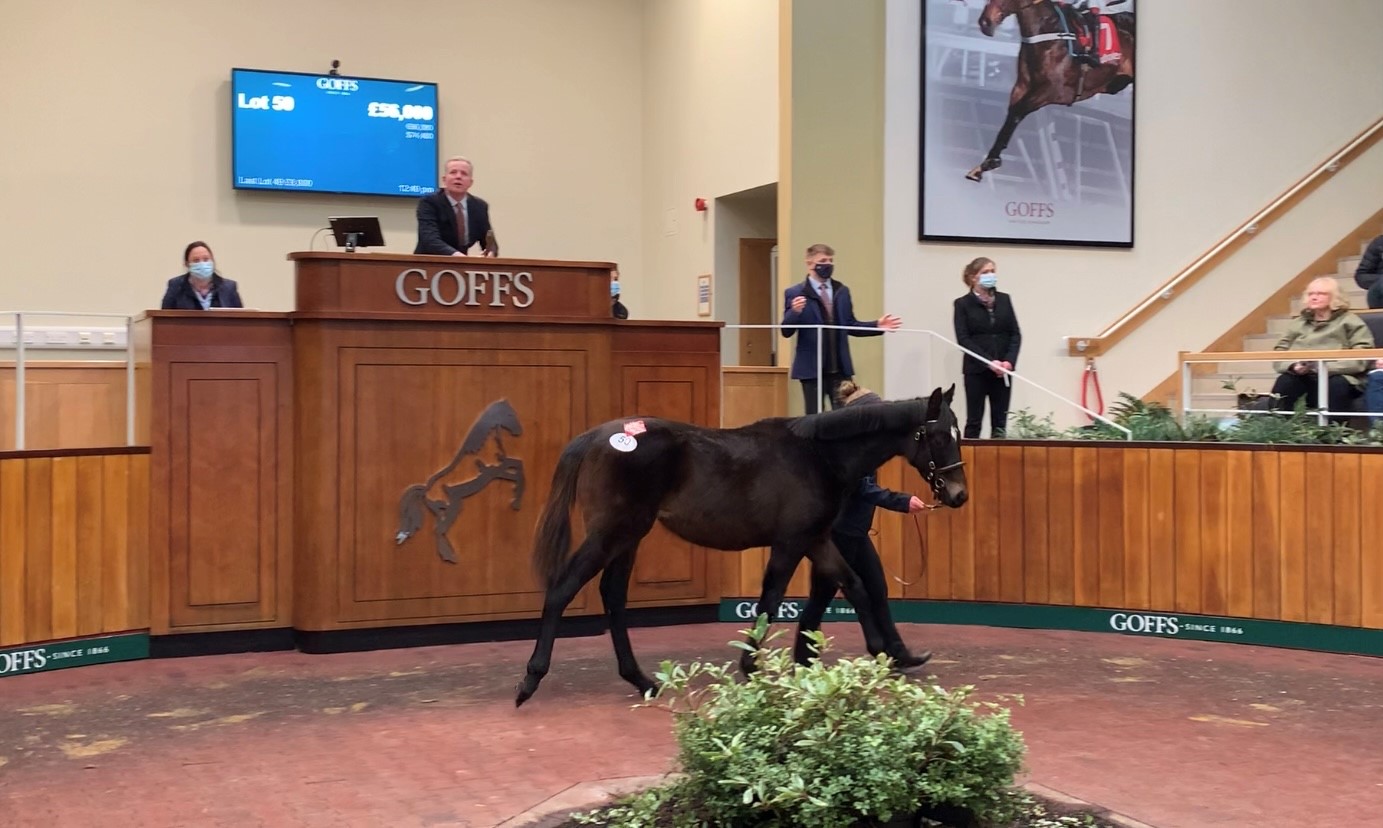 This daughter of top French sire No Risk At All headed day one of the Goffs UK January Sale. Photo – Goffs UK 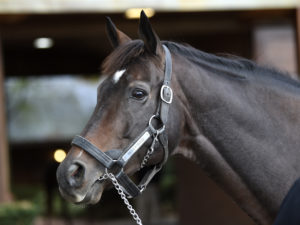 Up Next
Flintshire adding further spice to Montaigu roster