As Britain’s premier staying novice chase, the RSA Chase at the Cheltenham Festival is as well placed to act as a trial for future Cheltenham Gold Cup winners as, say, the Racing Post Trophy on the Flat is to highlight future Derby heroes. Obviously not all RSA Chase winners go on to strike gold in the senior ranks, but plenty of them do; so each autumn it is a source of interest how the RSA form will work out.

The RSA Chase has been going for decades (initially as the Broadway Novice Chase and then as the Sun Alliance Chase) and its roll of honour includes such steeplechasing legends as Arkle, Mandarin, Spanish Steps, Killiney, Ten Up, Tied Cottage, Gay Spartan, Master Smudge, Brown Chamberlain, Garrison Savannah, Miinnehoma, Young Hustler, Florida Pearl, Looks Like Trouble, Denman and Alberta’s Run. How the form of the 2012 edition will work out, of course, remains as yet unproven – but the early evidence is that it was a vintage edition.

This year’s RSA Chase saw Bobs Worth coming home two and a half lengths ahead of First Lieutenant, who, like Bobs Worth, had won over hurdles at the previous year’s Festival. It now looks as if this form is rock-solid, this pair having finished first and third in the Hennessy Gold Cup at Newbury, the first really big steeplechasing prize of the autumn.

Furthermore, the pair was split by the admirable 11-year-old Tidal Bay, a true hero of the jumping scene who has put up umpteen terrific performances over the past six years including this year’s Bet365 (formerly Whitbread) Gold Cup and who, despite his advancing years, is arguably now better than ever, having seemingly improved since joining Paul Nicholls’ stable at the start of last season.

By following up his RSA victory with victory in the Hennessy, Bobs Worth has followed in the footsteps of the likes of Mandarin and Denman. Even the peerless Arkle found the Hennessy a bridge too far: having won that spring’s Broadway Novice Chase, he was beaten by Mill House in the Hennessy in 1963, although admittedly an uncharacteristic jumping mistake was probably the decisive factor on that occasion.

In an era when the top National Hunt prospects tend to be very expensive, Bobs Worth ranks as a rare bargain. His victims in the Hennessy were both very expensive horses (Tidal Bay set Graham Wylie back £300,000 at Doncaster May Sale in 2006 after he had shown very smart form in bumpers for George Charlton, while First Lieutenant cost €255,000 at Fairyhouse in 2008) but Bobs Worth, an Irish-bred seven-year-old son of Bob Back and the King’s Theatre mare Fashionista, fetched only £21,200 when sold as an unraced ‘store’ horse at Doncaster in May 2009. Since that day, Nicky Henderson has placed him to win eight of his 11 races for his owners, the Not Afraid Partnership. 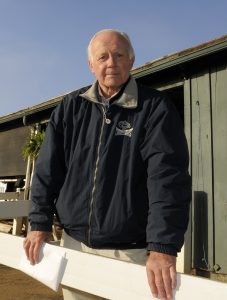 Up Next
Kerry Murphy new Chief Executive of EBF