With British racing’s resumption date yet to be announced, Racing Welfare’s Furlong Factor competition has proved to be a welcome distraction for many in the industry.

The contest has seen a number of individuals from across the sport showcase their singing talents, including young trainer James Ferguson, whose rendition of David Bowie’s Starman secured his place among a final field of eight for Saturday’s grand final.

Ferguson has already submitted his performance for Saturday, opting for Mumford & Sons’ iconic track I Will Wait – a song selection he calls “a massive risk” but is hoping will pay off come the big night.

Revealing why he decided to get involved in the challenge, which is raising funds for Racing Welfare’s Covid-19 Emergency Appeal, Ferguson said: “Racing Welfare do so much for racing and to be quite honest, most of it is taken for granted. It’s just wonderful to get their name in the limelight.

“I’ve always enjoyed singing and thought it could be something I could do to contribute that I wouldn’t completely embarrass myself in! I gave it a go, put my audition through and luckily it was good enough to get through.

“The support has been quite incredible. I’ve been getting messages from people in Ireland and even in Australia – the power of social media is fantastic.

“It’s been remarkable how many people have jumped on the bandwagon, got stuck in and got involved considering we’re a small industry. When we get together, we’re a big team.

🎤#FurlongFactor Final🎤@jamesferguson89 is back with a new song ahead of the final this Saturday! He will be singing I Will Wait by @MumfordAndSons

“People have been talking about it on the heath; everyone needs things to thrive on and get them through and it’s definitely something that has lifted the mood and acted as a sort of vaccine to real life.”

The coronavirus pandemic in Britain saw racing suspended on March 17 and by that time, Ferguson had sent out four winners. While the situation is far from ideal for a young trainer in his first full season with a licence, Ferguson is focusing on the positives.

He explained: “Everyone is in the same boat. At the end of the day, I can count my lucky stars that I am actually allowed to come in and work in the morning, be around horses and train them – that’s why I got into training.

“We’re still very lucky to be in that situation and obviously it’s a shame that racing has been called off. The mood in my yard is still as high as it was before the ban started and I’ve got some nice horses that we’re thoroughly looking forward to running.

“The positive for me is that while most of my horses are two-year-olds, I don’t have many early two-year-olds. I’ve missed a few runners, but nothing compared to some of the bigger trainers. I’m very lucky that the majority of my owners have stayed very loyal and understand the situation.”

Among the runners that Ferguson is most excited about getting back on a racecourse is Arabian King, a four-year-old gelded son of New Approach, who landed a hat-trick of Southwell handicaps earlier this year.

“As a horse who I thought was in a very good rhythm, the break has done him absolutely no harm at all he was getting a bit hot,” said Ferguson. “He’s still got a few more runs in him and I’m very much looking forward to him coming out.” 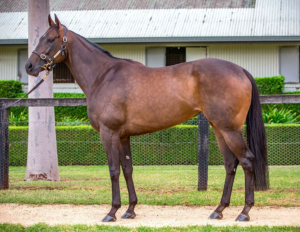