O'Brien may soon be jumping to Beat
Stories

By The Owner Breeder staff 15 September 2011 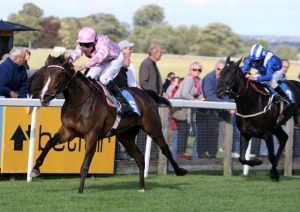 While any racehorse owner hopes for success on the track and some of the financial return that brings, members of the syndicate which owns Feelthedifference, a winner on her second start at Beverley on Wednesday, are entitled to hope more than most that their filly continues to keep the prize-money rolling in.

The Sir Henry Cecil-trained two-year-old races in the name of Friends Of The Pink Rose and 50% of any of her earnings will go directly to the breast cancer charity The Pink Rose Appeal.

The daughter of Iceman was bred by Mandy Whitlock, who works part-time for Moyns Park Stud and was diagnosed with breast cancer in 2010.

“Feelthedifference was so named because last May I came across an unusual lump in my breast,” said Mandy. “I remember very clearly the moment and the mixture of fear and relief. Fear of what the future held and relief that I finally had an explanation as to what was wrong with me as I had been out of sorts for about six months. For a moment I considered ignoring it, but I made an appointment with the doctor. Things started to move forward very quickly.”

Following radical treatment to combat an aggressive form of the disease, Mandy, a long-term fan of racing, is now in remission and has set up the Friends Of The Pink Rose syndicate as her way of “giving something back”.

Pippa Cuckson, one of two members of the syndicate present at Beverley to witness Feelthedifference’s maiden win, said: “I endured ten hours’ train travel to North Yorkshire and back for approximately two minutes of adrenalin but it was worth it.” 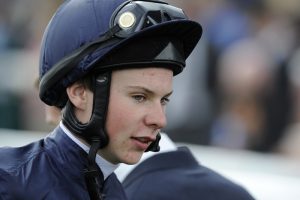 Up Next
O'Brien may soon be jumping to Beat