Frankie Dettori bagged his 20th British Classic on Sunday when partnering Mother Earth to victory in the Group 1 QIPCO 1,000 Guineas at Newmarket.

Mother Earth, the Aidan O’Brien/Coolmore second string according to the betting behind stable companion and joint-favourite Santa Barbara, was making her three-year-old debut having run eight times at two, ending her juvenile campaign with a second place at the Breeders’ Cup.

Dettori settled the daughter of Zoffany towards the rear of the 11-runner field early on, tracking Santa Barbara and Ryan Moore, as Statement and Fev Rover cut out the running.

With two furlongs to run Dettori pulled out Mother Earth for a clear passage on the inside and she made good headway running into the dip, taking the lead a furlong out and running on strongly to cross the line a length and a half clear of Saffron Beach, just ahead of Fev Rover and Santa Barbara, with Alcohol Free back in fifth. 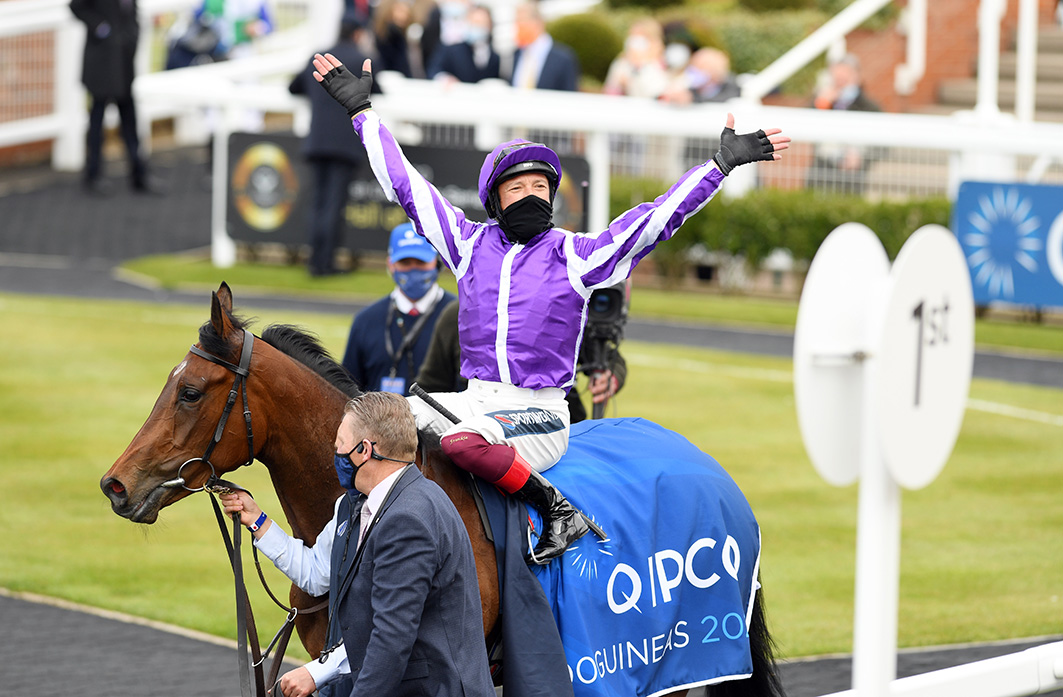 Speaking after the race, Dettori, enjoying his fourth 1,000 Guineas triumph after Cape Verdi (1998), Kazzia (2002) and Blue Bunting (2011), said: “I was super excited to win that! I didn’t have the pressure to ride the favourite and had a very willing partner on a filly who I knew would give me everything.

“Aidan gave me a lot of confidence this morning and said to forget about Santa Barbara and just ride my own race. He told me to get cover and I did and like I said, I forgot about the favourite and just kicked at the top of the hill.

“I knew she’d stay really well and I won – it’s as simple as that! It’s my 20th Classic [in Britain] at 50 years old. I’m only ten behind Lester [Piggott] now so I’ve got plenty of time!

“It’s great to do it at Newmarket. I’m extremely happy and I got lucky to get that ride. Lester was 56 so I’ve got six years left and Kevin [Manning] won yesterday [on Poetic Flare in the 2,000 Guineas] – come on the oldies!”

O’Brien said of Mother Earth after the race: “She’s a very good filly and always was. It was unfair to the favourite [Santa Barbara] to come but we had to come with the view to coming back over here for the Oaks.

“Santa Barbara is only a baby and Ryan said that he’d liked to have waited longer but he saw Frankie coming down his outside and he had to come then and she was just green in the dip, but after having one easy run it was a great run.

“Mother Earth is a very consistent filly – she had a great run in America last time out last year and that was very professional. She relaxed and quickened and did everything really well, so we’re delighted.

“We won’t go again with Santa Barbara [before the Cazoo Oaks]. We felt that she would learn as much coming here as she would for three runs, but it was a risk doing it that she was going to get beaten.

“She’ll be fine, she’s classy and she would have learnt a lot today and she has plenty time to get over that. Ryan was very happy and he said to me that in an ideal world he didn’t want to commit as early.

“But with Frankie coming he had to keep going then and she was a little bit unbalanced going into the dip, which is understandable as we’ve never taken her off the bridle at home. Hopefully she’ll come out of it ok and it will do her good.” 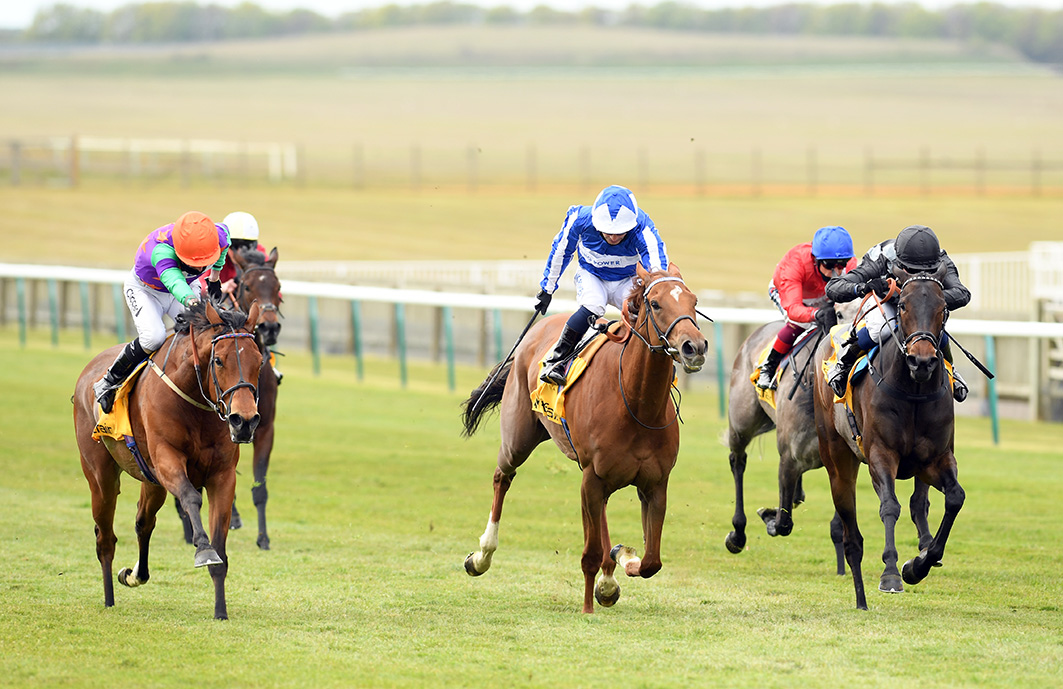 Earlier on the Newmarket card, the William Jarvis-trained Lady Bowthorpe produced a superb performance to take the Group 2 Dahlia Stakes for fillies and mares on her first start of the year.

The five-year-old daughter of Nathaniel was given a confident ride by Kieran Shoemark, who held Lady Bowthorpe up in last place in the nine-furlong contest and produced her with an irresistible challenge inside the final furlong to record a head success over Queen Power.

Newmarket handler Jarvis revealed after the race that a step back up to Group 1 company could be on the cards for Lady Bowthorpe.

He said: “She is a very special filly and I think as the year goes on, she will hopefully continue to improve. She was in such good health and she was crying out for a run. I would have had to wait a fortnight maybe for the Middleton or the Lockinge and I felt this was the right place for her.

“She is just a bit tricky and she takes minding. She went away for the winter to [owner] Emma Banks’ family farm and they did a really good job with her. She takes some managing but that’s the nice thing – tricky women sometimes give you the most pleasure!

“She has got the Duke Of Cambridge entry and I didn’t put her in the Queen Anne as if we can keep her to her own sex it is in her favour. We will have a talk about the Lockinge. I would have thought we would have probably given it a swerve but if Palace Pier frightens enough away, we may just take our chance. It’s a big thrill.”

Also at Newmarket, the Listed Pretty Polly Stakes (1m2f) for three-year-old fillies was won by the George Boughey-trained Mystery Angel and Ben Curtis, defeating Sea Karats by one and three-quarter lengths. 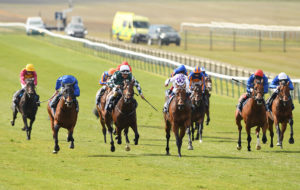 Up Next
Jim Bolger and Kevin Manning claim 2,000 Guineas with Poetic Flare