Being now in his fourth decade as one of Ireland’s leading trainers, Dermot Weld has naturally enjoyed many happy days at Leopardstown. Sunday, though, must surely rank high on the list of favourites, courtesy of two Group 3 winners whose victories must have given him particular satisfaction. 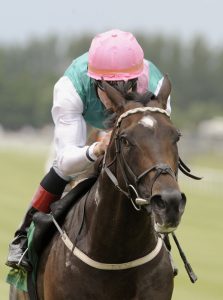 The first leg of Weld’s stakes double came via his Prince Khalid Abdullah-owned stable stalwart Famous Name, who set what is believed to be a record by winning his eleventh stakes race at Leopardstown, which is surely more than any other horse has managed to win at any one track.

Despite never having won above Group 3 level, Famous Name has now won 15 stakes races (and a maiden race) all told, with his other four stakes victories having come at the Curragh.

Now seven, the son of Dansili, hails from the same family as the triple Melbourne Cup winner Makybe Diva, whose second success in Australia’s greatest race (in 2004) came at the expense of the Weld-trained Vinnie Roe.

Weld’s second Group 3 winner at Leopardstown on Sunday was the Dr Ronan Lambe-owned Yellow Rosebud, successful in the Leopardstown 1,000 Guineas Trial. This filly’s emergence as a stakes winner must be particularly pleasing to Weld as she is a great-grand-daughter of the Lord Gayle mare Saving Mercy, whom he trained to win the Lincoln in 1984 under Walter Swinburn, whose father Wally had been his stable jockey through the early years of his training career. 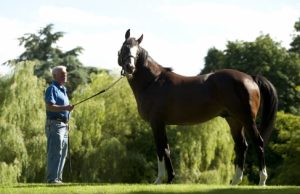 Up Next
Classic winner, Classic influence