One of the finest jockeys of a generation – Kieren Fallon – has taken the decision to hang up his racing boots following an ongoing battle with depression. In a career spanning 34 years, the Irishman has scaled all the heights the sport can offer but in that time has also been the brunt of criticism following a series of run-ins with racing’s authorities.

Even though his retirement should not come as a surprise, he will go down in history as one of the most stylish and effective riders ever to have graced the sport of kings.

His final months in the saddle were spent with young, up-and-coming trainer Michael O’Callaghan, following a move back to his native Ireland from California.

Fallon’s brief stint in the States was made to revive a career very much on the wane. With no immediate success, an offer from a rising force back in Ireland was too good to pass up.

Despite only securing seven wins this season, Fallon’s prowess has still been there for all to see. In May, he was to ride his last Group winner aboard the O’Callaghan-trained Now or Never, in the Group 3 Derrinstown Stud 1,000 Guineas Trial for owners Qatar Racing.

The rollercoaster journey for the County Clare maestro began in 1982 as a 17-year-old, where he apprenticed for now veteran handler Kevin Prendergast. He waited two years before picking up his first winner aboard Piccadilly Lord at County Meath’s premier venue, Navan.

Upon his progression into the professional ranks, Fallon decided to fly the nest and made the switch to the north of Britain to join Jimmy Fitzgerald. His first victory this side of the Irish Sea came at Thirsk in 1988 aboard Fitzgerald’s sprinter Evichstar.

After that his career went on to hit new levels. He became stable jockey for the late Sir Henry Cecil for two years which was followed by a move to Sir Michael Stoute’s. During this time he picked up no fewer than six jockeys titles’ in Britain between 1997-2003 with his highest tally 221, coming in that final year which also saw him claim an astonishing ten Group 1’s.

His association with the Stoute yard proved fruitful even after he relinquished his post, epitomised by two successive victories in the Epsom Derby in 2003 – 2004 with Kris Kin and North Light. The clock was in some respects turned back in this year’s renewal as Fallon partnered the Stoute-trained Across The Stars in the Investec Derby for 2003 winning owner, Saeed Suhail.

The Coolmore team stepped in to acquire the talents of the now well-established jockey and he duly went on to land a number of big races for the team. These included the 2005 British 2,000 Guineas aboard Footstepsinthesand and the Oaks the following year with Alexandrova, who spreadeagled her rivals by six lengths.

Despite these chop and changes between stables, his trademark never-say-die riding style never looked to diminish. In the first of his two victories in the Prix de l’Arc de Triomphe in 2005, Fallon was riding at the top of his game and delivered from the saddle in splendid style.

He had the Andre Fabre-trained Hurricane Run held up in the last three, and typically was the first to become animated in the saddle nudging away at the son of Montjeu. Even though he was faced with traffic into the home straight, he weaved his way through and made an intelligent dart up the inside in the final furlong to win going away.

It was around this time that Fallon found himself facing the wrath of racing’s authorities. His infamous inclusion into the race-fixing scandal resulted in him being suspended for over a year between 2006 and 2007 at which point the case was discontinued.

Fallon was also found twice in breach of having banned substances when riding in France, the longest of which saw him banned for 18 months in January 2008.

He made a return in the fall of 2009 and went on to win at the top-level as he had done before with notable victories in Germany, Italy and Dubai, where his late association with Saeed Bin Suroor and Godolphin was to reap benefits so seemingly late on in his career.

Fallon no doubt has achieved legendary status and no figure in racing has divided opinion more perhaps. It is hoped that once he overcomes the issues with his personal health, his expertise will be put to use in some capacity at O’Callaghan’s yard. 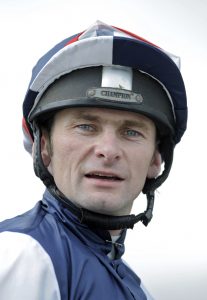