Fallon a class act once more 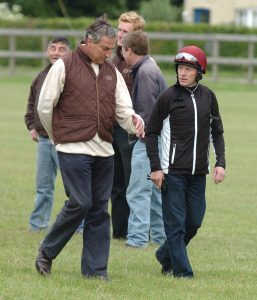 There have been plenty of times when Kieren Fallon has made headlines for the wrong reason but his fans – of which there remain many – will doubtless have enjoyed seeing him back in the limelight at the weekend.

Reunited with his former boss Sir Michael Stoute on Saturday at Haydock, Fallon galvanised Montjeu gelding Class Is Class to a three-and-a-half-length victory in the Rose Of Lancaster Stakes, the first half of a double on the card for the veteran jockey, who is now very much in the mix to be champion again this season.

Even better was to come the next day, however, when Fallon showed he could be every bit as effective as Johnny Murtagh by partnering Oaks winner Dancing Rain to another front-running Classic triumph, this time in the Preis der Diana (German Oaks) at Dusseldorf.

Fallon currently lies in fifth place in the jockeys’ table, 15 wins adrift of reigning champion and current leader Paul Hanagan, who is in turn four ahead of Silvestre de Sousa. But he has the edge on them both as far as strike-rate goes and is currently riding high on 18% wins to runs – a percentage bettered only by William Buick (20%).

With the backing of powerful stables such as Stoute’s and Luca Cumani’s, it would be unwise to believe Fallon couldn’t yet take the title he has won six times and last claimed in 2003. After all, class is class. 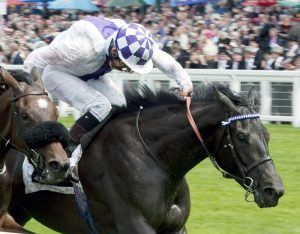 Up Next
European ladies’ day