Fabre in command at Chantilly

While Ryan Moore’s fabulous five-timer at York on the Saturday before Royal Ascot rightly took the plaudits on this side of the Channel, Andre Fabre and his young jockey Maxime Guyon were in similarly devastating form at Chantilly the following afternoon. 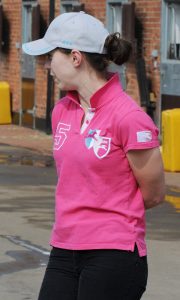 Four consecutive wins make for a red-letter day under any circumstances, but when these races are all Group races – and one of them is a Group 1 – they add up to a real day to remember.

The third race at Chantilly got the ball rolling for the pair when they combined to land the feature, the Prix de Diane, with Golden Lilas. The fourth race was the Group 3 Prix Paul De Moussac, which they collected with Mutual Trust. They then landed the fifth race, the Group 3 Prix Du Lys, with Kreem before taking the sixth, the Group 3 Prix du Chemin de Fer de Nord, with last year’s Royal Ascot winner Byword.

Fabre’s day was made even more special by the fact that he had also sent out the winner of the opener, the Prix de la Reine Marie-Amelie for lady amateur riders, with Monarch’s Way. This four-year-old son of King’s Best was ridden by Irish amateur Sally Ann Grassick, who is now working for the French racing channel Equidia and is the younger daughter of the late, much respected bloodstock agent Brian Grassick.

Up Next
Demuro's Ascot warm-up