Rerouted from a frozen Ascot a week ago, the seven-strong field were taken along by Special Tiara in the early stages, with the warm favourite Un De Sceaux tracking through in a handy third under Ruby Walsh.

Un De Sceaux jumped to the lead after the tenth and powered on down the Cheltenham Hill to the third last. Three of his rivals – including the previously long absent Uxizandre – made inroads coming to the second last.

Two bold leaps over the final two saw the favourite maintain a healthy margin and he was ridden out up the running to take the two mile contest by five lengths.

“Fair play to the horse because he travelled to England last week when Ascot was called off,” reflected Walsh. “He went home did a bit of work and travelled back again, it can be hard on them and it’s a testament to the horse that he was able to do it.

“I just let him do what he wants to do. He knows what he’s doing himself, he was very good at the third last when he got tight into it.”

The nine-year-old gelding follows up his most recent success in the Tingle Creek Chase at Sandown last month and takes this very race for the second year running.

Speculation about his Festival target in March circulated after the race with either the Champion Chase, a race he was defeated in last year, or the Ryanair Chase being the two likely options.

Mullins said: “He was very good. He jumped very big and fresh late on, which shows how well he is, but then I started to wonder if he’d have enough left for the finish.

“To be able to do that after coming back to Ireland and going to England again is very impressive.”

Earlier in the afternoon, Defi De Seuil extended his unbeaten sequence in Britain when running out a facile winner of the Grade 2 Triumph Hurdle Trial.

The four-year-old son of Voix Du Nord always travelled well under Barry Geraghty and came clear on the run-in to win by nine lengths from the Alan King-trained Rainbow Dreamer.

No doubt the shock of the day came in the Grade 2 Cotswold Chase, whereby Thistlecrack tasted his first defeat over fences.

In what turned into a titanic struggle over the final two fences, the Oliver Sherwood-trained Many Clouds managed to overwhelm the King George winner by a head at the line.

It was a sad post-note to the race as the 2015 Grand National hero sadly collapsed and died. 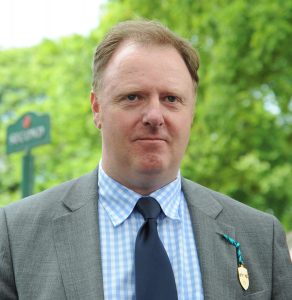 Up Next
McMahon saddles last runner