It’s that time of the year when the first crop of yearlings by stallions begin to make their way to market and in the case of Tweenhills in Gloucestershire, the Arqana August Yearling Sale will see the much-anticipated debut of northern hemisphere stock by Zoustar.

One of the most exciting stallions currently standing in Australia, sire of Group 1 winners Sunlight and Zoutori, it is Tweenhills owner and Qatar Racing Manager David Redver’s belief that the son of Northern Meteor offers “something very different and very special to the European market”.

Redvers said: “He’s a horse that I feel is as close to an open goal that trainers, agents and breeders have got, because they’ve had the advantage of seeing the horse’s phenomenal results in the southern hemisphere and in Singapore and Hong Kong as well.

“They know it’s not like buying stock by a first-season sire and they have the advantage of knowing that he’s produced Group 1 winners and two champions in his first crop.

“I feel very strongly that Zoustar brings something very different and very special to the European market in that you’ve got pure sprint mile speed and class on a slightly different level to what we’re currently seeing.

“There’s never been any doubt that the Australian sprinters are as good, if not better, than our sprinters. Obviously, once you get beyond a mile, our horses stretch away from them.

“We’re bringing the very best of world sprinting and speed to Europe and this next year is going to give some people serious value before he fully exposes to everyone here just how good he is.” 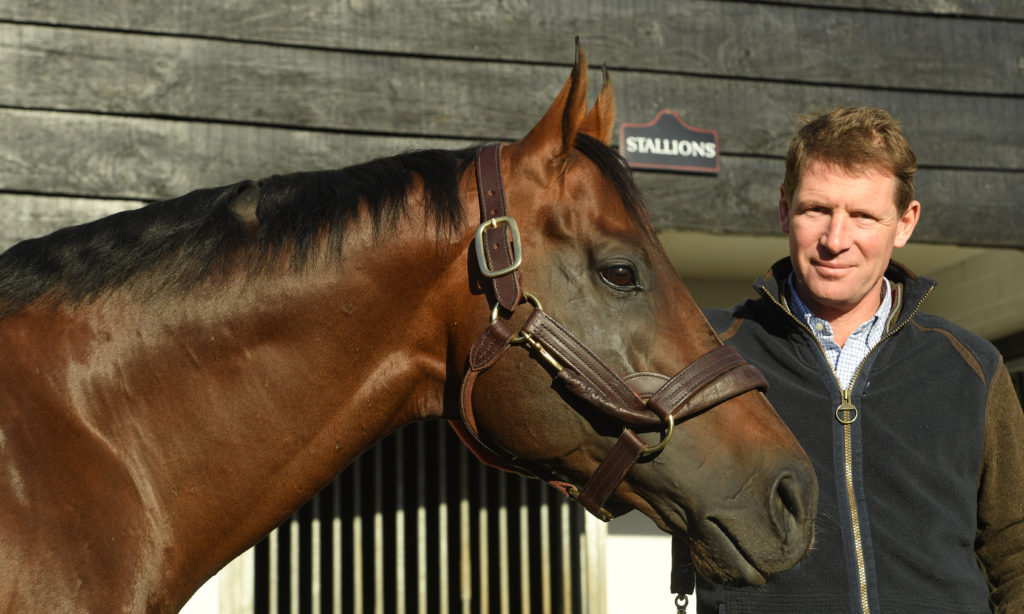 Winner of the Group 1 Golden Rose Stakes and the Group 1 Coolmore Stud Stakes, a noted stallion-making race in Australia, in 2013, Qatar Racing and Widden Stud opted to only shuttle the son of Northern Meteor to the UK when he had become established.

By the time he made the journey over to Tweenhills for the 2019 breeding season, where he was offered at an opening fee of £25,000, Sunlight led home a 1-2-3 for the sire in the 2018 Coolmore Stud Stakes.

Redvers elaborates further on what makes Zoustar so different as a stallion: “The sprinting stallions here at the moment, with one or two exceptions, are largely very precocious and in several cases didn’t train on.

“Zoustar is different as he was precocious and ended up being champion three-year-old in Australia and won the Coolmore which is a stallion-making race for sprinters in Australia.

“His sire won it and it just then cements the fact that this is the right line when Zoustar had the first, second and third in the same race.

“I’m hoping that when people view the horse they’ll see he is a bigger, stronger, more masculine version of any other similar stallion that’s currently standing in Europe.”

Further benefit of waiting to shuttle Zoustar to Tweenhills was understanding which mares clicked with him best and using that knowledge towards a first northern hemisphere book which saw him cover 149 mares. 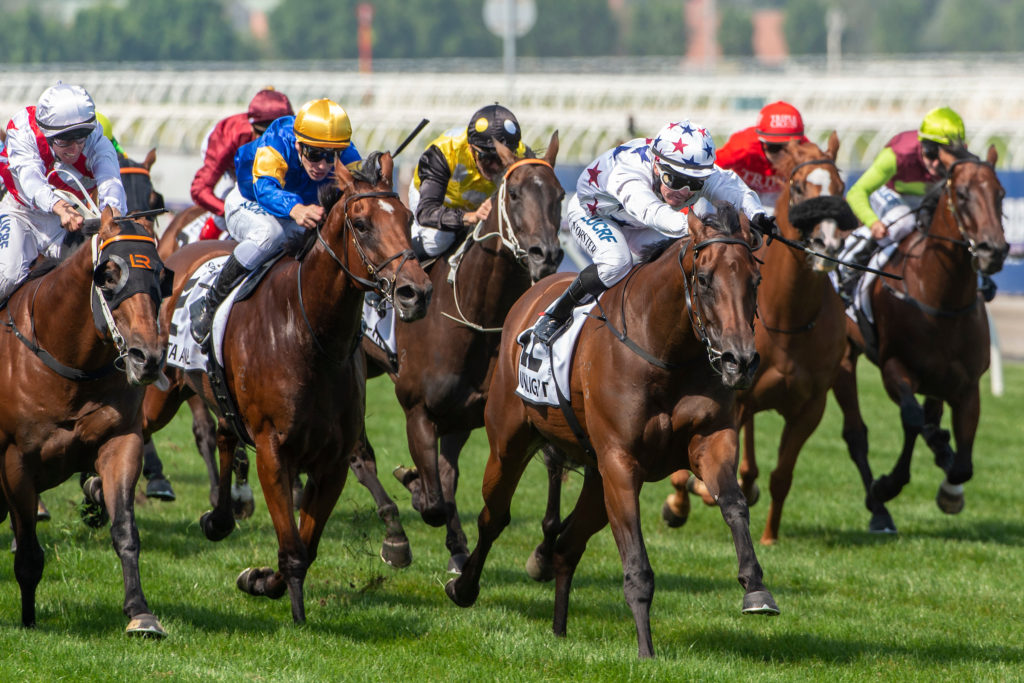 Redvers added: “We took lessons from Australia. He features in all the top lists for milers and sprinters in Australia and to be honest, once you go middle distance, he doesn’t really feature.

“Where possible we have been covering sprinter-miler mares with him, breeding type to type, and trying to improve what we’ve already got. There’s a very smart filly out of an Elnadim mare, Arabda, selling at Arqana this weekend and that’s exactly the same cross as Zousain, a stakes-winning sprinter.

“Qatar have sent their best mares in years one and two to him. He’s covered the likes of Lightening Quick, who’s a Frankel Group winner over a mile, and Out Of The Flames, who was placed in the Queen Mary for us.

“That’s what our breeding has been about – replicating what’s worked best for him in Australia and we’ve certainly encouraged breeders to do the same.”

As well as the filly bred on the same cross as Zousain, a further four youngsters by the sire will go under the hammer at Arqana over the weekend, including Haras d’Etreham’s colt out of Fortitude, who is a winning half-sister to Group 1 winner Broome (Lot 181).

Haras de Saint Pair will offer a half-sister to Qatar Racing’s Grade 3 winner Guildsman (Lot 162), Haras d’Haspel consign a colt whose dam is a half-sister to Dutch Art, while Ecurie des Monceaux have a filly who is the first foal out of the winning Saccharose (Lot 269).

On what to expect from his stock, Redvers said: “His stock are blessed with his same presence. I keep saying the word hip, but I mean if you want speed, you need a good hind leg and a huge powerful hip. All of his stock look like they are going to be very fast.” 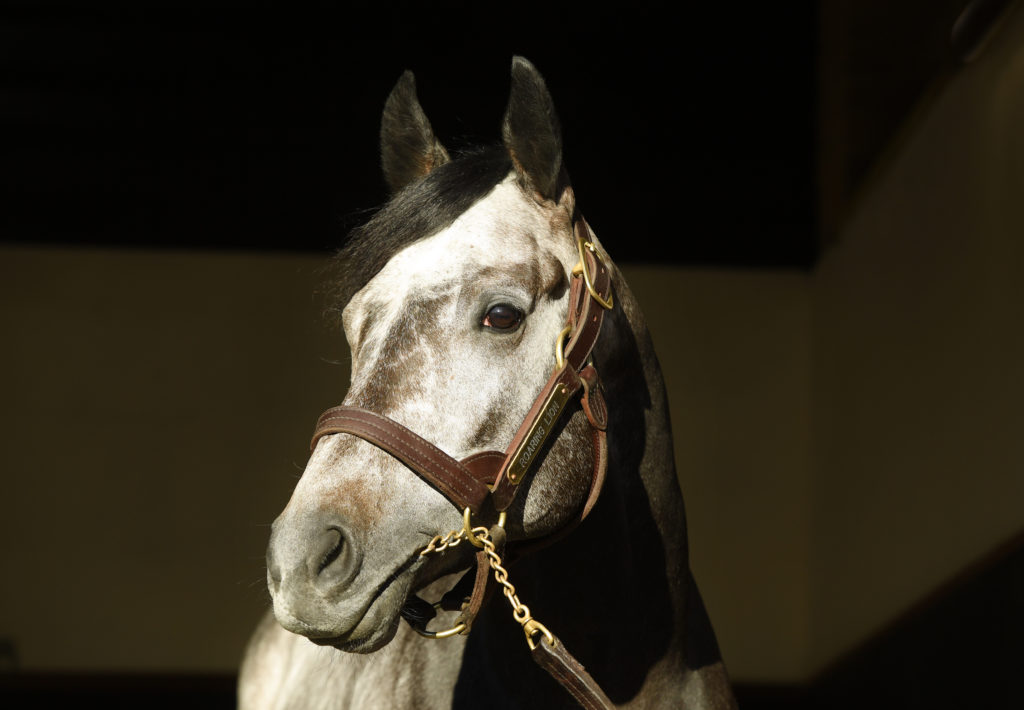 Zoustar is not the only Tweenhills stallion to have first yearlings go through the ring as the sole crop from the much-missed Roaring Lion will also feature, with the four-time Group 1 winner represented by a draft of eight.

That number includes a colt out of Falmouth Stakes heroine Giofra (Lot 13), who was one of a number of top-level mares to visit the son of Kitten’s Joy after he took up stud duties in 2019.

Etreham will offer two by Roaring Lion including Lot 4, their homebred colt whose second dam is Prix de Diane scorer Time Away, and a colt from the family of multiple Group 1 winner Love (Lot 321).

Redvers sees many similarities that Roaring Lion has imparted into his stock and said: “It’s extraordinary how he’s stamped them. They all have his same face, outlook, and presence.

“A different type of horse to the Zoustars who have such raw speed, they’re more mile and a quarter types.

“They’ve got that wonderful light action that he had – we’ve seen quite a few of them and they move beautifully like he moved.

“It’s going to be hard watching them all go through the sale ring when you can’t buy them all. I’m terrified that the one we can’t afford to buy is going to be his successor and it won’t be the one we have. But we’re going to give it our best shot to try and find them anyway.” 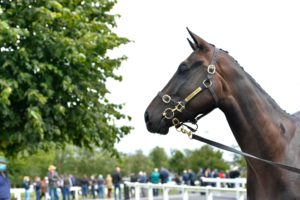 Up Next
Nina Carberry strikes gold with Champs Elysees filly