Best In Show winning the world over
Stories

Mare all set for Arc after September Stakes success

By The Owner Breeder staff 05 September 2020

Enable’s quest for a record third victory in next month’s Prix de l’Arc de Triomphe remains on target after a facile success in the Group 3 September Stakes at Kempton on Saturday.

Having bypassed a clash with outstanding three-year-old filly Love in last month’s Yorkshire Oaks, Enable was far too good for her five rivals and once into stride after a slow start, the six-year-old made all the running to win by seven lengths.

John Gosden, who was on hand at Kempton to witness the victory, said afterwards: “That was mission accomplished. She had a go at kicking me saddling up, so it was important she had a race to take a little of that fizz out of her.

“It was very good for her mentally to have the race. She has had a nice blow, which we could have done at home, but you can’t rehearse going to the racecourse. She has hopefully had a nice day out and it was great to see her. It’s a shame there wasn’t a crowd here to see her but c’est la vie.”

With less than a month to go until the wondermare’s date with destiny at ParisLongchamp, she is likely to face Love in the 1m4f contest.

Gosden added: “We have enormous respect for the Oaks winner. If Enable had gone to the Knavesmire I don’t know who would have won but, my goodness, they would both have had a hard race – and I did not want her to have a hard race on the Knavesmire seven and a half weeks before the Arc.

“That wouldn’t have been a clever way of getting there. You have seen how the French trainers do it. Look at Monsieur Fabre last year with Waldgeist. I learn from my friends.” 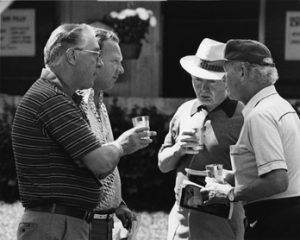 Up Next
Best In Show winning the world over