Enable in a different league

The winner of her previous five races, including four Group 1s, Enable was sent off the 4-5f to extend her winning run in France and, in truth, the result was never in doubt.

Never far from the pace in the 18-runner field, Dettori always looked confident on Enable and when the Italian asked his filly to settle matters with a furlong and a half to run, the response was immediate. The daughter of Nathaniel put on the burners and left her opponents trailing to come home a decisive winner, two and a half lengths clear of Cloth Of Stars, with Ulysses one and a quarter lengths away in third.

For Dettori, his fifth victory in the Paris showpiece means he is now the winning-most jockey in the race’s history.

She is magnificent. She can cruise and then put in a massive turn of foot. Her acceleration kills off a field

John Gosden, who teamed up with Dettori to take the 2015 Arc with Golden Horn, deserves enormous credit for his handing of three-year-old Enable, who has been on the go since April.

The trainer said: “She is magnificent. She can cruise and then put in a massive turn of foot. Her acceleration kills off a field. She’s done it before and done it today. She has a great mind on her as well. She enjoys training and still looks good in her summer coat, even though the autumn leaves are coming off.”

Khalid Abdullah’s filly is almost certainly finished for the season, though she may race on next year, with Racing Manager Lord Grimthorpe saying it was a matter for the owner to decide in the coming weeks. 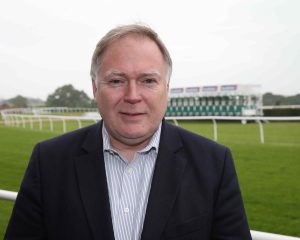 Up Next
Simon says