Enable a knockout on the Knavesmire

Can anything stop Enable in her bid for a record third Arc? Khalid Abdullah’s sensational mare secured her 12th win in a row, and her tenth Group 1, with another knockout performance in the Darley Yorkshire Oaks.

Only three rivals dared take on the daughter of Nathaniel, with stable companion Lah Ti Dar and Coolmore duo Magical and South Sea Pearl in opposition. Frankie Dettori kept things simple on Enable, grabbing an early lead and gradually winding up the pace in the 1m4f contest.

Lah Ti Dar cried enough with a furlong and half to run and while Magical, a top-class filly in her own right, threw down a challenge with a furlong to run under Ryan Moore, the result never looked in doubt. Enable stayed on powerfully to score by two and three-quarter lengths on what was surely her final appearance on a British racecourse. 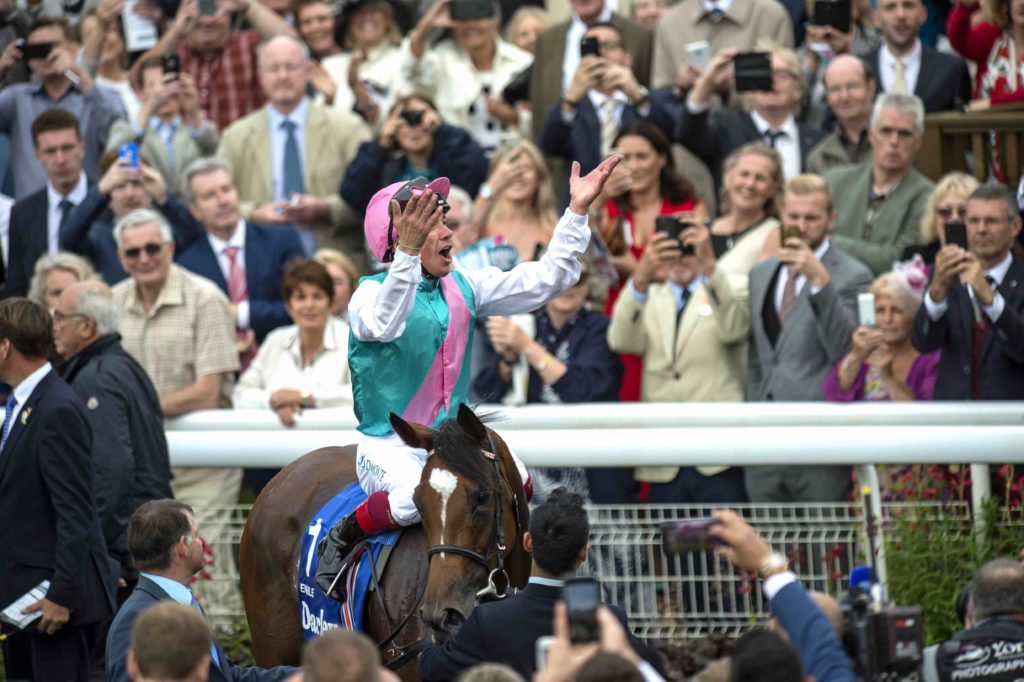 Trainer John Gosden said: “She’s cruised round there. Her last furlong was her most impressive. We couldn’t be more pleased with her.

“She has shown her class against the fillies and now you’ve got the big, old mountain of the Arc to climb. She wasn’t at her best in the Arc last year but if you go back to three-year-old form she’ll be mighty tough to beat.

“Enable has this amazingly competitive mind. If you were married to her you’d have to jolly well listen!

“She’s just a great filly with a great constitution and an amazing mind. I’ve seen some wonderful racemares in my time and she is one of those.”

Enable now has the chance to make history when she bids for her third win in the Prix de l’Arc de Triomphe at Longchamp on October 6.

Living In The Past, thriving in the present

No doubt owner, breeder and ROA Council member Chris Wright had a wry smile on his face after the Group 2 Sky Bet Lowther Stakes at York on Thursday.

Wright’s filly Flippa The Strippa could not get competitive in the six-furlong contest, as Steve Parkin’s Clipper Logistics silks were carried to victory by Danny Tudhope on the Karl Burke-trained Living In The Past.

Living In The Past is, of course, a hit song by the rock band Jethro Tull, one of the first bands signed to Chrysalis, the record label Wright formed with Terry Ellis in 1968. Wright loves to call his horses after songs but appears to have missed out to Parkin on this occasion.

At least he will be content with Living In The Past’s breeding; her sire is Bungle Inthejungle, the talented sprinter bred and owned by Wright and named after another Jethro Tull song that appeared on the 1974 album War Child.

The most impressive performance on York’s Thursday card belonged to the Richard Hannon-trained Mums Tipple in the Goffs UK Premier Yearling Stakes.

Owners Marian Lyons and Patricia Zanelli could well receive an offer they cannot refuse for the son of Footstepsinthesand after he romped to an amazing 11-length success in the six-furlong contest, looking every inch a Group 1 horse in the making. 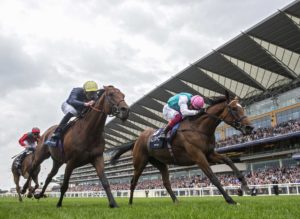 Up Next
Enable bids for perfect ten at York