It’s only just over two years ago that Yorton Farm appeared in these pages alongside a feature on Rathbarry Stud in Ireland. Though the names remains the same ­– both of the farm and the people behind the burgeoning operation – much has changed in that time, prompting a return visit, this time to the stud’s new base at Leighton Farm in Welshpool.

It was on the eve of the inaugural TBA National Hunt Foal Show back in July that David and Teresa Futter first announced their intention to move from their original base on the Sansaw Estate in Shropshire, which had been home to a growing number of jumps stallions and boarding mares.

During a frenetic autumn, the four resident stallions, the broodmare band, the Futters’ two sons and three dogs gradually migrated over the border into Wales and onto the Grade II Listed Victorian model farm bought by National Hunt owner/breeders James and Jean Potter.

Along with the move came three new stallions, bringing the roster to six. Sakhee has returned to Shadwell but joining Sulamani, Malinas and Librettist at Yorton are Norse Dancer, who has moved from Jeff Smith’s Littleton Stud, Great Pretender, a former resident of Pascal Noue’s Haras de la Hetraie, and freshman Universal, a son of Dubawi under the ownership of Darley.

The three existing stallions on the roster are all owned in partnership with Rathbarry Stud following an arrangement which started with the late Liam Cashman, who had asked the Futters to stand Revoque, feeling the stallion would benefit from a change of scene from Ireland to England. The relationship continues though Catherine Cashman, with David Futter and bloodstock agent Richard Venn opting to buy Sulamani and Malinas for the farm with Rathbarry’s backing.

“We work closely with Rathbarry Stud, they’ve supported us fantastically and have invested in the stallions,” says David Futter. “Our main aim is getting fresh blood for British breeders so we can develop our industry.”

Not everyone’s breeding commercially but it’s good to get people together and talking to each other; there has to be some fun involved because not all breeders are making money

This approach – and influx of new stallions – appears to be working. The British National Hunt industry operates with a small pool of mares, many of whom have traditionally been covered by more commercial stallions in Ireland and France. Even the most established British-based jump sires struggle to attract a three-figure book but the increasingly popular Malinas covered 129 mares in 2013, while one of his sons became the first champion of the TBA National Hunt Foal Show. Despite his appeal in the UK, Malinas could end up serving a stint in Ireland.

“He may well go to Ireland and come back,” Futter says. “He’s been well patronised by British breeders, especially in this climate.

“We have such a small broodmare band now in this country, so what we’ve tried to do is move stallions around from Ireland to France to Britain, and it gives people a chance to use more commercial stallions that are going to be here only for a short time.”

That unofficial tripartite agreement, which also brings in enterprising Frenchman Pascal Noue, who formerly stood both Malinas and King’s Theatre’s son Great Pretender, is a refreshing counterpoint to the traditional ‘us and them’ feeling within the National Hunt ranks. It’s quite clear that Britain doesn’t have the mare pool to compete with Ireland, or the diversity of the French ranks through the AQPS system and wide array of lowly-priced stallions on offer. There are a number of initiatives in place to entice the better British mares to stay at home – including the TBA’s Elite National Hunt Mares Incentive Scheme – and improving the calibre and variety of stallions on offer can only help to ensure that they are taken up. 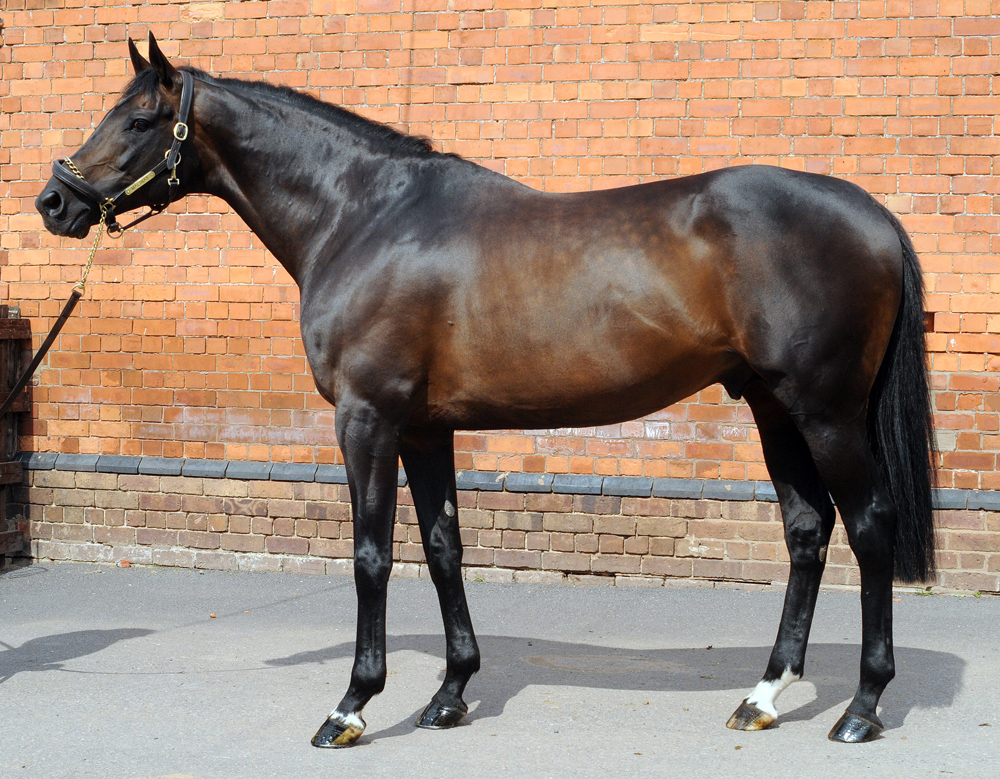 Malinas was the busiest National Hunt sire in Britain in 2013

“At the moment we’ve got the best jumping stallions we’ve probably ever had in this country, including Kayf Tara, who has been really successful – but even he struggles to get a decent size book of mares,” says Futter, whose enthusiasm for National Hunt breeding in Britain doesn’t end with attempting to attract as many mares as he can to the Yorton stallions.

He continues: “For us to go forward, all the studs have to stick together and work together. I want to get breeders involved and to feel part of it. That was part of the aim behind the foal show. Not everyone’s breeding commercially but it’s good to get people together and talking to each other. There has to be some fun involved because not all breeders are making money. We want to have a community feeling.

“The show was a vehicle for getting everyone together and we’re organising another one for this year and quite a lot of people have come forward with ideas about how we could develop it. We could easily get carried away. Did the first show work because it was simple and just included mares and foals? We could include some yearlings but we must be conscious of not letting it get too far away from its main aim. We need it to be big enough to be successful yet small enough for people to feel comfortable and involved.”

While these and other quandaries are mulled over by the National Hunt Committee, the seemingly indefatigable Futters have their hands full on the home front, where they are assisted by Lucy Dawson and their two sons, Lester and Riley. Work at the new Yorton Farm at Leighton continues apace to the highest spec. Vast Victorian barns, one of which previously housed the estate’s elaborate funicular railway, are gradually being transformed into stabling. A covered horse-walker has recently been installed and plans for a new stallion yard are under way with tiling from the original building being laboriously removed and reused.

Our visit takes place on the wettest January day, with the various workmen about the farm still hard at it and the Futters thanking their lucky stars for their paddocks on high land as they survey the scene of neighbouring fields submerged in water.

Irish-born Teresa has already fully immersed herself in the local hunting and point-to-pointing community and says: “We can’t wait now to get stuck in and for the covering season to start. I really want to get people to come to see the place and see where we are. It’s all systems go.”

Her husband adds: “We feel extremely fortunate to have had the support from Pascal Noue and Rathbarry, and initially Minty [David Minton] and Wood Farm Stud, who got us going. Now of course we can add to the list James and Jean Potter and Darley. We’ve had a lot of help.”

One of the hardest jobs for any stallion master is the promotion of his sires but this is a task which Futter performs effortlessly. So passionate is his belief, not just in the horses he stands, but in the wider National Hunt stallion community in Britain, that it’s hard not to be swept along on his wave of optimism. But it is not merely blind hope without foundation.

In Malinas, the sire of last year’s Coral Cup winner Medinas and Grade 2 RSA Novices’ Trial Chase winner Black Thunder, he has one of the most exciting young jump stallions in the country. Sulamani, who, like Malinas, is a grandson of Niniski, fired in a Classic winner on the Flat from his first crop and has some useful Festival prospects via the likes of Rule The World and Spirit Of Shankly. 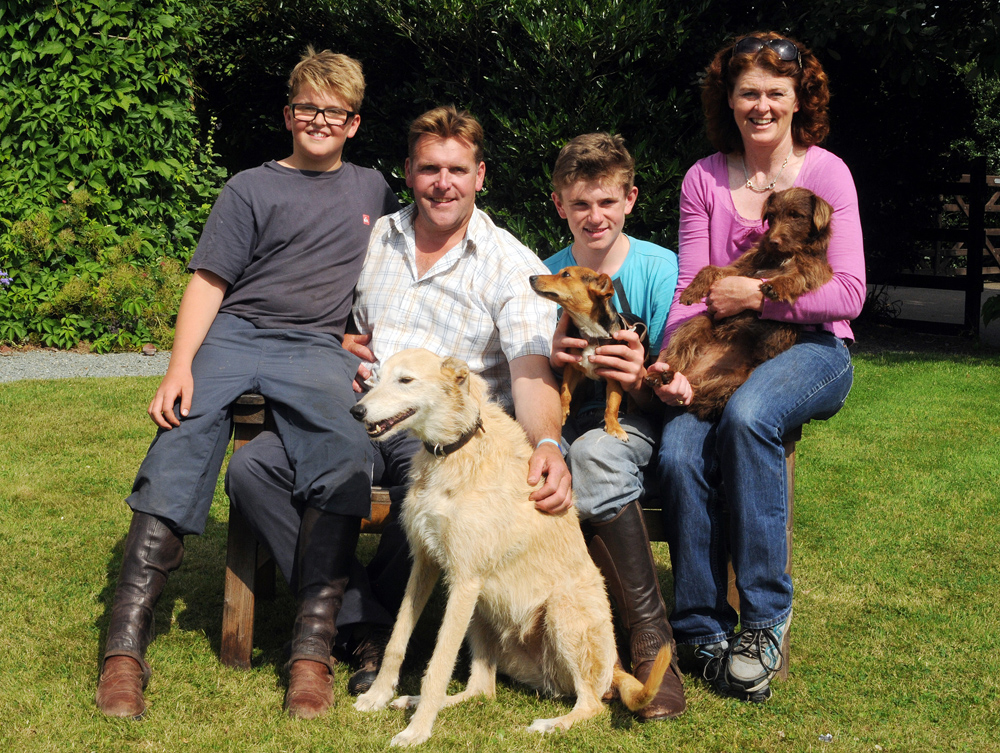 David and Teresa Futter with sons Riley, left, and Lester

Great Pretender, like the dependable Midnight Legend, is one of only a few jump stallions to boast actual jumping form. A Listed winner on the Flat and over hurdles, he has already sired the French Grade 1 winners Ptit Zig and Grand d’Auteuil, both of whom won the four-year-old hurdles championship, the Prix Renaud du Vivier, at Auteuil. His particular appeal is the fact that he is a son of the late champion jump sire King’s Theatre.

“We’re trying to keep the stallion fees at a reasonable price,” says Futter. “Great Pretender has had two Grade 1 winners and at one time he might have stood for around £7,000.”
His fee is in fact less than half of that – at £3,000 he stands at the same price as Sulamani and Malinas.

“The mares make a stallion and getting the right mares to your stallion is the one thing that can really increase his chance of success – it’s not just numbers,” Futter says. “We get much more pleasure out of trying to attract the right mares, not just lots of mares.”

Having sought advice from Richard Aston, one of the country’s most successful National Hunt breeders along with his wife Sally, the Futters opted to take up Darley’s offer to stand the five-year-old Universal, a three-time Group winner over 12 furlongs who represents an intriguing dual-purpose option on the roster.

His sire Dubawi is now established as one of the world’s elite Flat stallions, but the Darley star also has an enviable strike-rate among his clutch of runners over jumps. His ten winners from 20 runners include recent Grade 2 Game Spirit Chase runner-up Dodging Bullets, bred by another star of the Flat in Frankie Dettori.

“I really do feel that Dubawi could be a fantastic sire of sires and to have Universal here at the price he is is a fantastic opportunity,” enthuses Futter. “It’s also really great for us to have Darley take an interest in the farm and we’re very proud to be standing him.”

British National Hunt breeders should be glad that Sheikh Mohammed has repeatedly rebuffed offers from Ireland to keep his dual Ascot Gold Cup winner, and now four-time champion British National Hunt sire, Kayf Tara standing at Overbury Stud. It will be interesting to see if Universal can do for his sireline what King’s Theatre, Oscar, Kayf Tara and co have done for the Sadler’s Wells line under the winter code. One thing’s for certain, with the Yorton team behind him he won’t lack for enthusiastic support.

Up Next
Study is planned to gain insight