Tuesday’s opening session of auction was topped by a A$2.5 million son of Snitzel

With a collection of 11 million-dollar yearlings and an average of A$368,400, there was a welcome sense of a pre-Covid era to Tuesday’s opening session of the Inglis Australian Easter Yearling Sale.

Last year’s renewal was staged just as the potential severity of the pandemic rocked the globe. Inglis moved swiftly to split its flagship yearling sale into two rounds, the first in a virtual format, and although the market understandably took a hit, its results also offered hope that the Australian market, which is underpinned by a buoyant racing industry, could weather the storm.

So far this season, that has proven to be the case with earlier yearling auctions such as the Magic Millions Gold Coast and Inglis Melbourne Premier Sales each demonstrating an impressive strength and depth of market.

Tuesday’s Inglis Easter opener maintained that momentum in spectacular style, with 175 yearlings – 85% of those offered – selling for a total of A$64,470,000, a record gross for an individual day of trade at a southern hemisphere yearling sale.

Two of the session’s leading colts arrived within the first few hours of trading headed by a son of Snitzel who commanded A$2.5 million from Hawkes Racing. Part of a typically strong draft belonging to his breeder Arrowfield Stud, he is the first foal out of the top-class racemare Rising Romance, a daughter of the former Marcus Tregoning-trained Ekraar who won the Group 1 Australian Oaks.

“We’ve had such great success out of the Inglis sales – I’m just looking up on the wall and see the big photo of Estijaab, she was a top-priced Snitzel filly at Easter – so hopefully this bloke can go on and be another great one for us and the connections,” Wayne Hawkes said.

“When John Hawkes tells you, after the first time he looks at it, and says ‘this horse has got to go home with us’, he’s the bloke who’s bought a stack of Group 1 winners out of this sale, not me, so when he says that, you’ve got to listen and you’ve got to make it happen. It’s a good sales pitch when he thinks he’s the one.”

Asked for his opinion on the session-topper, the stud’s John Messara was effusive in his praise.

“He’s just a magnificent individual, a hell of a horse,” he said. “You don’t get them like that every day.

“He’s an ideal colt to be an early goer. He looks precocious, even though he’s out of a mare who got up to a mile-and-a-quarter so he’s going to be twin purpose.”

The colt was one of four representatives of Arrowfield Stud’s champion sire Snitzel to break the million-dollar barrier on Tuesday. Another, a colt out of the Listed-winning Shamardal mare Bulbula offered by Yarraman Park Stud on behalf of Shadwell Stud Australasia Ltd, was purchased for A$1.2 million by a partnership that consisted of David Redvers, Rosemont Victorian Alliance and Suman Hedge Bloodstock.

An outstanding day for Vinery Stud opened with a bang thanks to the sale of its Exceed And Excel colt as Lot 5 for A$2.1 million to Shane McGrath, acting on behalf of Tony Fung Investments.

One of three million-dollar yearlings on the day for Vinery, the colt was bred by Neil Werrett and Steve McCann out of Peace Force, a Group 3-winning Bernardini half-sister to five-time Group 1 winner Eremein.

The colt is set to be trained by Annabel Neasham.

“I don’t think there would be too many farms that have had days like this really. It’s a day like no other for us, that’s for sure,’’ Vinery’s Adam White said.

“We knew we had a great bunch of horses here but it’s not until you put them through that ring that you really know and to see the results of today, it’s an extraordinary day for the whole team at Vinery.

“The Exceed And Excel colt was out more than any other horse of ours on the complex this week so we knew the right groups were on him and he sold accordingly.

“I didn’t think he’d sell for that much though. We were confident he would get over the $1 million mark quite comfortably but didn’t know where he’d pull up after that.

“He’s got a fantastic pedigree, a great attitude and he’s just an athlete.”

Day 1 of #InglisEaster kicked off with an early highlight as lot 5 – an Exceed and Excel colt – was sold by @VineryStud to Tony Fung Investments for $2.1m, the highest ever price paid for the progeny of the stallion. pic.twitter.com/v1ccgbtt9Q

The day’s most expensive filly was a daughter of I Am Invincible who was knocked down to agent Guy Mulcaster for A$1.25 million. Mulcaster was acting on behalf of a partnership between Hermitage Thoroughbreds and Coolmore for the filly, who was purchased in utero by breeder Widden Stud for A$1 million at the 2019 Magic Millions National Broodmare Sale. She is the second foal out of the Listed-winning Shamardal mare Vezalay.

Darley veteran Exceed And Excel heads into the second day as leading sire by average thanks to the sale of four yearlings on a figure of A$1,105,000.

Inglis’ Managing Director Mark Webster was thrilled by the strength of the market.

“We always believed we had a strong catalogue and everybody knows Easter is the Best of the Best but at the end of the day, we are still in the midst of a global pandemic. My team has worked extremely hard to ensure as many buyers as possible were on the grounds or in front of their computers and the result are there for all to see,’’ Webster said.

“The quality of horses that the breeders and vendors have presented this week at Riverside is nothing short of exceptional and they deserve all the financial reward they get.

“Yet again, Inglis Easter is proving itself as the No.1 place to sell a top-level colt or filly.

“All that said, the job is only half done and there is another day ahead of us tomorrow where we offer the last Redoute’s Choice, the last Deep Impact and the last of the Shadwell reduction so it’s going to be another poignant day in the history of our great industry.’’ 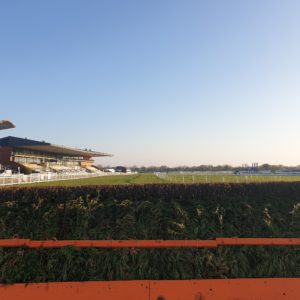