James Wigan’s homebred Dank was recognised for her two Grade 1 strikes in the US in 2013 by being named the recipient of the prestigious Eclipse Award for Champion Turf Female.

In addition to her top-level wins in the Breeders’ Cup Filly & Mare Turf and Beverly D Stakes, the British-bred daughter of Dansili won another two of her five starts in 2013 – the Group 2 Kilboy Estate Stakes and Group 3 Dahlia Stakes – to bring her lifetime tally to seven wins and three places from 12 starts.

A daughter of the Darshaan mare Masskana, Dank is a half-sister to fellow Group 1 winners Eagle Mountain and Sulk. She remains in training at five and is currently being aimed at the Dubai Sheema Classic at the end of March by trainer Sir Michael Stoute, whose former representative Islington won the same award in 2003.

At the Eclipse Awards ceremony in Florida on Saturday, Morton Fink’s eight-time Grade 1 winner Wise Dan was named Horse of the Year for the second time, and also collected the gongs for Champion Older Male and Champion Turf Male. Royal Delta was crowned Champion Older Female while Will Take Charge and Beholder led the three-year-old generation.

Ken and Sarah Ramsey, who have enjoyed terrific success with homebred runners by their champion sire Kitten’s Joy, took the Eclipse Awards for both Champion Owner and Champion Breeder, while Todd Pletcher was Champion Trainer and Javier Castellano the Champion Jockey. 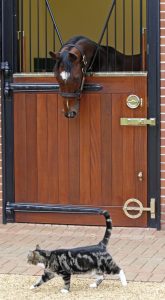 Up Next
First foal for Frankel