The astounding trade seen on day one of the Tattersalls Ireland Derby Sale, which produced the highest-priced National Hunt store sold this year of €310,000, accelerated again on day two to result in unprecedented results and a record-breaking Derby Sale.

Offered by Lakefield Farm, the €310,000 Kapgarde filly was knocked down to Gordon Elliott. She hails from a family the trainer knows well as a half-sister to Elliott’s high-class novice hurdler Mighty Potter, winner of the Grade 1 Punchestown Champion Novices’ Hurdle, and also to Grade 3-winning novice chaser French Dynamite.

“She is for an existing client,” said Elliott, who trains her two-time Grade 1-winning half-brother Mighty Potter. “She looks a star, a pick of the sale, hopefully she will be lucky and, as a broodmare, she has a lot of residual, too. But we will worry about racing first!” 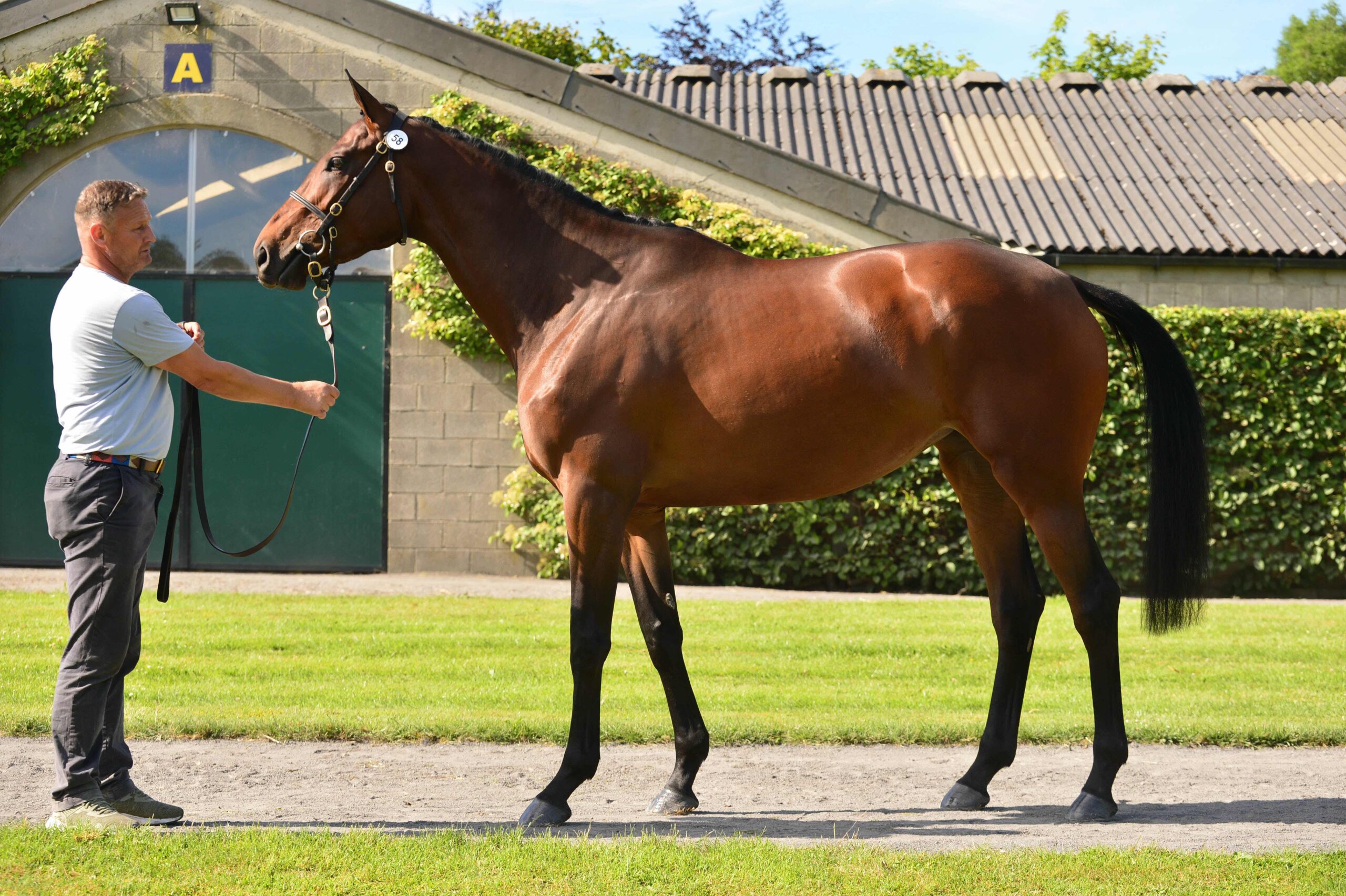 This daughter of Kapgarde sold for €310,000 to Gordon Elliott. Photo – Tattersalls Ireland

First up was a son of Maxios out of Walkure, who was sold by Mark Dwyer’s Oaks Farm Stables to Bobby and Aidan O’Ryan and Gordon Elliott. The three-year-old is from the talented family of Masked Marvel, Waldgeist and Waldpark, and was sold on behalf of a pinhooking syndicate that included Brendan Holland, who selected the horse as a yearling, Roger Marley, Willie Browne and Dwyer.

Twelve lots later, Lot 225, bred and sold by Castletown Quarry Stud, hit the same mark. The gelding was by the sale’s leading sire Walk In The Park and out of the Grade 3-winning, Grade 1-placed mare Zuzka. She hails from the long-nurtured, top-class Castletown pedigree that includes Puffin Billy, The Railway Man, Bob Olinger, Mole Board and Deep Dawn.

The gelding was bought by the partnership of Ballycrystal Stables and Joey Logan, who said: “I thought he was one of the best Walk In The Parks that I have seen, we bought a lot of them last year and we have been lucky with them.

“Matty [Flynn O’Connor] and I bought him together – he was too expensive to buy on our own. Matty is going to train him, hopefully get him to win a point-to-point and sold.”

Commenting on another record-breaking Derby Sale, Tattersalls Ireland CEO Simon Kerins said:”Outstanding… yet again! The Derby Sale has a rich history sitting at the top of the Store sale table and to be reflecting on another record-breaking sale for the second year in a row is phenomenal. Within the first few hours of the Derby Sale commencing, we sold the highest-priced National Hunt store this year at €310,000 and she headed a sextet of horses sold for €200,000 or more.

“To have witnessed trade of such sustained demand over the two days was extraordinary and that built to a real crescendo today as clearly demonstrated by an incredible 93% clearance rate, a record €57,903 average, which advanced 7% on last year and a record median of €50,000. The team of inspectors focused on putting together a catalogue of pure quality and to keep the Derby Sale as a shop window for the very best stock on offer.

“To sell more horses for €150,000 or more, than any other Store sale, is an achievement that we couldn’t have done without the support of our vendors. Our thanks must go out to every single one of them who entrusted us with their top-quality stock providing our purchasers with a stellar line up of horses to feast their eyes on. We must thank our overseas buyers who flocked to Tattersalls Ireland in their droves, it was fantastic to see everyone and to welcome a barrage of new faces as well. Charles O’Neill and his team at Irish Thoroughbred Marketing were as helpful as ever and for that we are very grateful.

“This is a sale with a tremendous track record that cannot be matched both in the sales ring and on the racecourse. We have no doubt this year’s graduates will be responsible for their share of top-class performers.

“We now look forward to welcoming everyone back at the July Store Sale for the final Store sale at Tattersalls Ireland this year.” 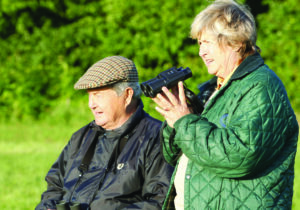 Up Next
Death of legendary French racing figure Alec Head