Dutch Art has championship in his sights

The flat season draws to a close next weekend with Cheveley Park Stud resident Dutch Art poised to be crowned champion first-season sire. 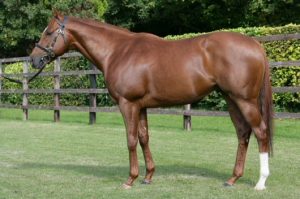 He is currently tied with the late Red Clubs on number of winners but is clear of Teofilo on prize-money with dual Group 2 winner Caspar Netscher, who has just touched down in Kentucky for a tilt at the Breeders’ Cup, his biggest earner to date.

Teofilo may not match Dutch Art numerically but he has had that all-important first-crop Group 1 winner, courtesy of Parish Hall’s Dewhurst strike, and has four European stakes winners to Dutch Art’s three.

Morristown Lattin Stud’s Dark Angel, who was many people’s idea of the freshman champion at the beginning of the season, has done nothing wrong and is lying a close third with his 21 winners including Listed victrix Lily’s Angel and the Group 1-placed Tough As Nails.

Experience, Artistic Jewel and Nimohe are all stakes winner for Excellent Art, the sire of 14 individual winners who lies in fourth place in the table ahead of Red Clubs. Excellent Art’s stud mate at Coolmore, Strategic Prince, has 11 winners to his name, and he is another of the freshman to have sired a Group 1 winner: the Phoenix Stakes heroine La Collina.

Other first-season stallions in double figures for number of winners are the Irish National Stud’s Amadeus Wolf (16), Sir Percy (11), who sired his first stakes winner, Coquet, on Saturday, and Dylan Thomas (10).

While large books of mares and valuable sales races can distort the real story of a stallion’s success, a good indicator of ability is a horse’s strike rate. In this category, too, Dutch Art excels. His 24 winners are from only 45 runners, a strike rate of 53%.

The only stallion with more than three runners to post a better percentage than this is Heliostatic, whose four winners from six runners put him on 67%.

With understandably fewer opportunities in Europe, the American-based Hard Spun has had five winners from his 11 runners, including the Group 2 winner Red Duke, to give him a strike rate of 45%.

Sir Percy had only 50 first-crop two-year-olds, half of which have run to record a winners-to-runners perecentage of 44%, while Tally Ho Stud’s Baltic King is on 43%, with six winners from 14 runners. 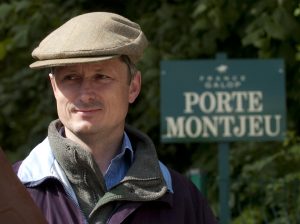 Up Next
Camelot to keep Montjeu’s name in lights