Connections of Dragon Symbol, first past the post in the Commonwealth Cup at Royal Ascot last week, have lodged an appeal to his demotion from the Group 1 for causing interference with Campanelle.

In the race, Dragon Symbol drifted markedly right when hitting the front and in the process carried the Wesley Ward-trained Campanelle from the stands’ side rail to the far side of the track.

A lengthy stewards’ inquiry followed with officials deeming that Campanelle would have won the race without the interference and as a result, the placings were reversed.

The British Horseracing Authority confirmed on Thursday afternoon that the appeal will be heard by its independent disciplinary panel on July 1. 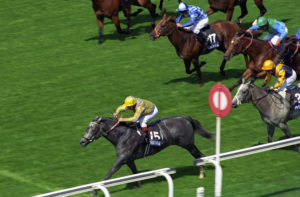