From Musselburgh to Santa Anita
Stories

Watching James Doyle at his best promotes the belief that life must always have been kind to the jockey who, at 5ft 9in, stands one inch taller than Lester Piggott. He may not have compiled as illustrious a career graph as Piggott – but then, who has?

Doyle has been racking up big winners with the best of them. He is in demand over and above his Godolphin association. He has ridden more than 20 Group 1 winners since he gained the first of them six years ago, and he can look ahead to a flurry of attractive rides at Royal Ascot.

As the front cover of this magazine demonstrates, Doyle is not averse to dressing up. He takes pride in his appearance in public, although he says he’s as prone as anyone to wearing scruff around the house. Will he be wearing his morning suit to Ascot? “Most jockeys have to shoot off straight afterwards to ride at an evening meeting,” he says, “and it’s not the most practical thing for dashing about in. I’d wear it on a day when I don’t have to go on after Ascot. It’s the dress code, after all, and Frankie usually wears one.”

Life hasn’t always been lined like a silk topper, however. Doyle rode less than 30 winners in both 2009 and 2010, after which he made fleeting reference to signing up on a plumber’s course at the height of his despair. But just as the imagination envisages him in dirty overalls rather than pristine silks, he insists on putting the record straight.

I never actually considered becoming a plumber; I just said it as a way of illustrating that I might have to think of something else to do for a living

“That has become a bit overplayed over the last few years,” he says with a chuckle. “I never actually considered becoming a plumber; I just said it as a way of illustrating that I might have to think of something else to do for a living.”

Doyle rebounded from that drought in 2011, thanks largely to his alliance with Roger Charlton. “Roger gave me the opportunity and, more importantly, he gave me the confidence I lacked,” Doyle says. “I was starting to wonder whether I was good enough, but it was a massive boost when he let me ride Cityscape in the [2012] Dubai Duty Free [at Meydan].”

Doyle remembers with affection how Charlton addressed him as he collected Cityscape’s saddle from the weighing room. “He said to me, ‘You’ve been riding at the Dubai carnival all winter and you know all the horses.’ He told me I must have a pretty good idea of how I wanted to ride the race, and that I should just get on with it.” 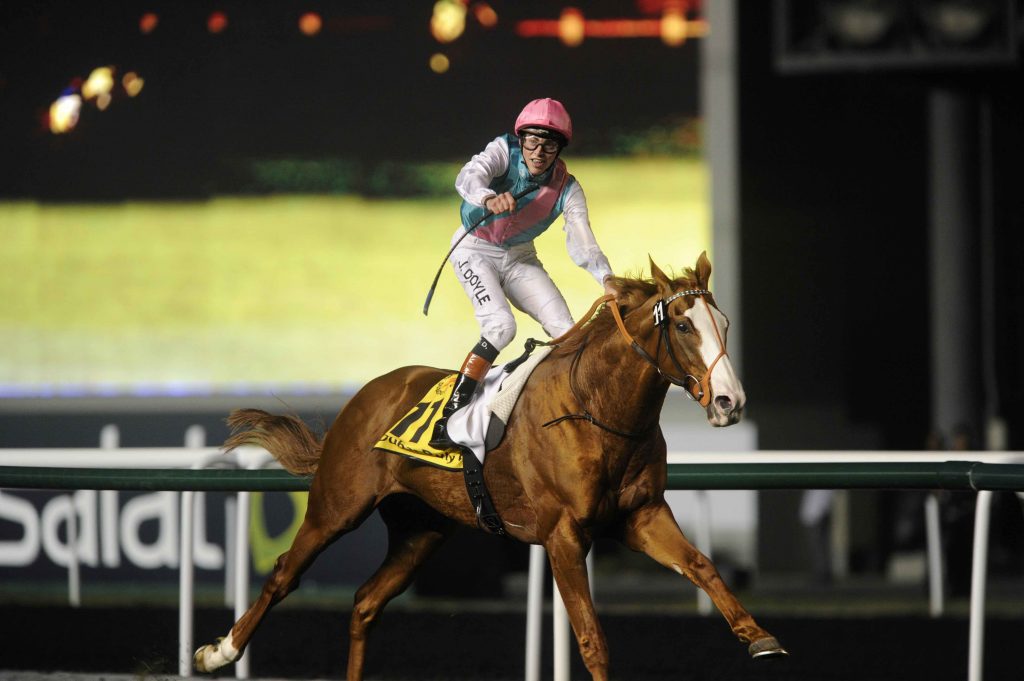 Cityscape trotted up by four and a half lengths in the colours of Khalid Abdullah, who must have been suitably impressed. Abdullah put Doyle on retainer soon afterwards, until Godolphin came calling towards the end of 2014.

Within a few months, Doyle had driven Godolphin’s African Story to victory in a Group 1 contest at Meydan. He seemed set for the duration – until his foundations were rocked to the core for a second time.

It’s never nice when something like that happens even though Saeed and I got along fine. You go through a mental process that can hurt your confidence

Doyle was attached mainly to the Godolphin stable of Saeed Bin Suroor, who surprised the racing community when he announced that he would not routinely use Doyle as his go-to jockey. It was a rough cut for a man who must have felt he’d earned his place in the major league. Once again, however, he rebounded with gusto.

“It’s never nice when something like that happens even though Saeed and I got along fine,” Doyle reflects. “You go through a mental process that can hurt your confidence. I am basically running a business, like many other professionals out there, and that could have been damaged a bit. Luckily, it wasn’t.”

Nor did it damage Godolphin’s faith. Doyle continued to ride for Sheikh Mohammed’s team, fitting in where he could, eking out opportunities where none seemed available. Then he stood in for James McDonald, Godolphin’s retained rider in Australia who was suspended for 18 months for betting-related activities.

Although he had to overcome a natural Aussie scepticism of British riders, Doyle made his mark. “It was a great experience,” Doyle recalls. “It’s a very different racing style to what I was used to, and it took me out of my comfort zone. To improve in any sport you need to test yourself. I feel I’m a much better jockey now.”

So much so that Godolphin’s hierarchy asked him to stay in Australia on an open-ended ticket. But Doyle, 30, demurred. It was April 2017. He wanted to get back to the core Flat season and re-establish himself in Britain.

There were other, more practical reasons for returning home. Doyle was required to ride in races only twice a week in Australia. There was too much downtime for a jockey who monitors his weight to the very last ounce, and who would have struggled to maintain a consistent weight 2lb lower than his British benchmark without the daily discipline of race-riding.

There was also the question of personal pride. “I’d worked hard in Britain to build up the contacts I have,” he says. “I would have been walking away from that for a few years and I’m very keen to finish my riding career at home. It’s where I’ve spent the whole of my professional life. I feel there’s quite a bit left to come.”

Royal Ascot is the most important meeting for jockeys. If you have a good week it can make your whole year

It didn’t take Doyle long to add to his laurels. A Group 1 double at Royal Ascot last year reaffirmed Doyle’s virtues among British trainers. He has not looked back.

“Royal Ascot is the most important meeting for jockeys,” he says. “After that double, I went on to have a fantastic season. If you have a good week it can make your whole year.”

Barney Roy’s triumph on opening day, in the St James’s Palace Stakes, was a pivotal moment. The colt had stumbled badly in the Newmarket dip when challenging Churchill in the 2,000 Guineas, but for which he might have won. When the incident aroused faint rumblings of discontent, Doyle knew that the best antidote was to take Churchill’s scalp at Ascot. “It was an important victory and a fantastic performance from the horse to break the track record,” Doyle reflects.

However, his Royal Ascot highlight was undoubtedly in guiding the universally popular stayer Big Orange – now, sadly, on the easy list – to victory in the Gold Cup. The outcome was in grave doubt when Order Of St George ranged upsides inside the final furlong, but Doyle had a more than willing accomplice, who dug in to prevail by a short-head. 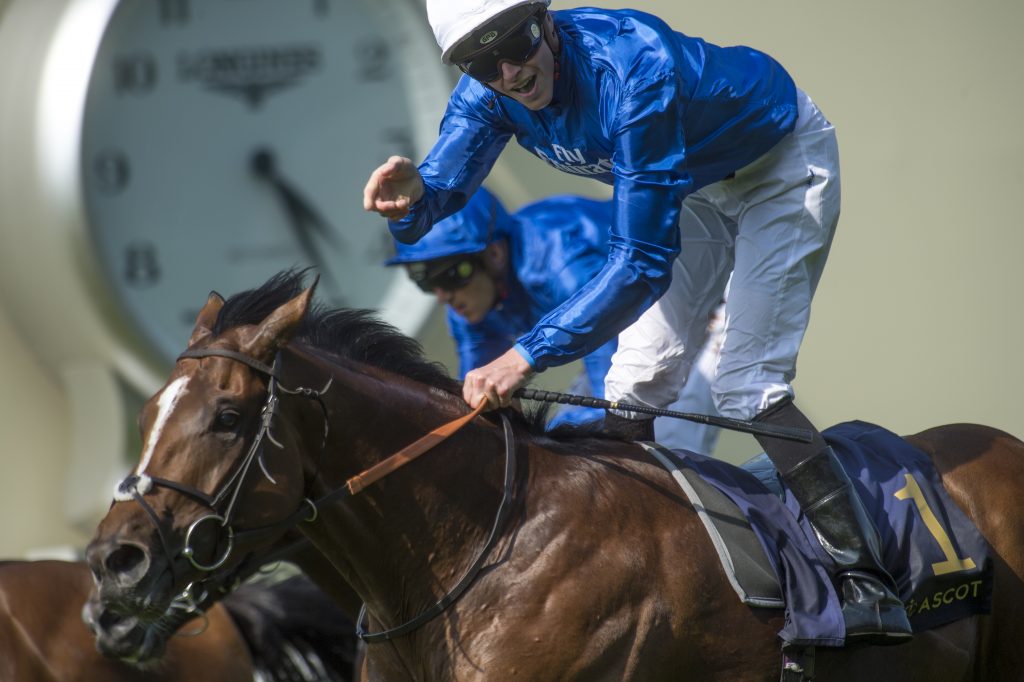 “I didn’t know I’d be riding the horse until a couple of days beforehand,” the jockey says. “Unfortunately for Frankie [Dettori] he got injured, and it was a great ride for me to pick up. It was an amazing feeling to walk back to the winner’s enclosure on the horse. The reception was something very different to anything I’d experienced before. It was sensational.”

It was also quite a way for Doyle to re-announce himself. But then, Royal Ascot had been kind to him before. In 2013 he was still looking for his debut winner at the meeting when he promptly rode a treble on the Wednesday, courtesy of Al Kazeem (Prince of Wales’s Stakes), Belgian Bill (Royal Hunt Cup) and Rizeena (Queen Mary Stakes).

Doyle puts in a deal of preparation ahead of the major races, which are the currency by which he is measured these days. The biggest variable within those major races is the venue, since no two racecourses in Britain are alike. Ascot, he says, makes its own unique demands.

“The straight track at Ascot is very straightforward, obviously, but it is quite testing,” he says. “It’s easy to get sucked into racing hard too early; it’s a very stiff finish and that aspect is often underestimated.

“You often see Jamie Spencer riding the straight track so well. He likes to come from behind, he is very patient. He lets them all have a crack at it, they soften each other up, and then he comes late to pick them off.

I have been lucky at different times, but I think I’m fully deserving of the support I am getting after the hard yards I have put in. It has been more than worth it

“The round course can be tricky,” he continues. “It’s quite a climb from Swinley Bottom to the home turn. Ideally you don’t want to use your horse running up the hill. It does make for traffic problems, so you need a lot of luck on the round course. 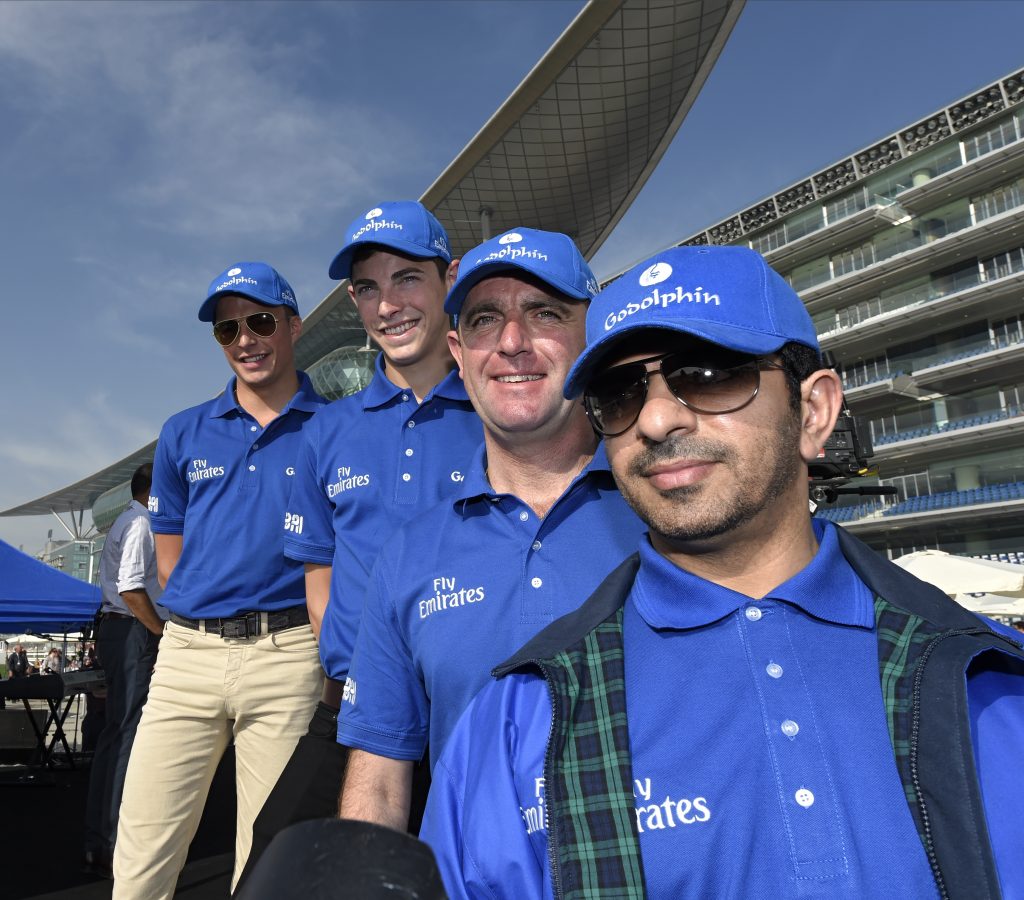 “A lot depends on the pace. Over a mile and a quarter and a mile and a half, they run downhill into Swinley Bottom and they can rattle along. If the pace stays true to the home turn you can afford to be a bit patient and wait for the gaps. A strong pace also helps to spread them out. Horses drop away and that creates room for you to pick your way through.”

Doyle’s latest renaissance has been abetted by informal link-ups with William Haggas and Hugo Palmer. This allowed him to make a flying start to the turf season; there is irony in the fact that Bin Suroor’s stable, to which he was recently attached, has been laid up by slow horses.

So the breaks seem to be going Doyle’s way at the moment, which is how racing’s pendulum of fortune tends to swing. Ryan Moore aside, all the leading jockeys experience highs and lows at given times in their careers.

In Doyle’s case, his career was almost grounded before it started. That would have been a travesty, although its legacy has left Doyle well prepared for the game’s slings and arrows.

“It was a disheartening time when winners were hard to come by,” he recalls. “I was trying as hard as I could but for some reason something just wasn’t clicking into place.

“I have been lucky at different times, but I think I’m fully deserving of the support I am getting after the hard yards I have put in. It has been more than worth it.” 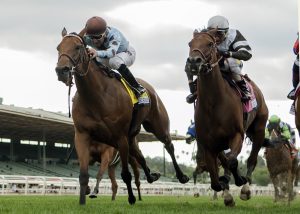 Up Next
From Musselburgh to Santa Anita