Invincible in both hemispheres
Stories

The number of foals born has declined drastically

A detailed study of the size of British and Irish foal crops over the last four years showed a reduction of almost 40 per cent from the peak of 2007 to the present day.

The presentation, given by Weatherbys’ Executive Director Paul Greeves at the TBA AGM at Tattersalls on 28 June, showed that 6,219 fewer foals have been registered in 2010. The combined foal crops of Britain and Ireland numbered 18,472 in 2007, compared to 12,253 registered foals in 2010. Greeves anticipates a potential further reduction in 2011 to around 11,300.

“The speed and quantity of the reduction in numbers is unprecedented in modern times,” said Greeves, who is also a member of the TBA Board. “The fall has continued this year and has gone down a little more than we anticipated.”

“To get an idea of the whole picture, however, we need to look at the mare population,” he added. “The mares are still there – more, perhaps, than the drop in the foal population might suggest.

“So, while foal numbers are down nearly 40 per cent and the number of two-year-olds going into training in 2012 might drop by more than 20 per cent, the mare population has only declined by 21 per cent and within that the quality factor has increased significantly. The reduced foal population may well be of greater quality and more robust.”

Greeves indicated that a parallel independent study is under way in America, and that the results of his research will be passed to the BHA’s race planning department.

His statement echoed concerns aired by TBA Chairman Kirsten Rausing in her address to members at the AGM.

“When I undertook this role, having previously been Vice-Chairman three times, under three different Chairmen, I felt I understood what breeders required from their Association,” said Miss Rausing.

“However, I had not taken into account the need for the TBA to actively participate in racing’s complex political struggle, nor all the implications for the industry caused by the global economic downturn and, most recently, the challenges posed by the restructuring of British racing.”

She added: “Maintenance of the Black Type programme at a competitive level is critical in these difficult times. It is the foundation of our race programme and, in spite of financial pressures, continues to ensure that British racing and breeding maintains its international reputation as amongst the best in the world and we should do all we can to maintain their crucial funding.

“Let me assure you that any final decisions on the restructure of racing will require the endorsement of the BHA stakeholders. This includes the TBA, which recognises the importance of retaining its seat on the BHA Chairman’s Committee, to ensure that the interests of the horse are protected.”

Miss Rausing closed her address by urging members to “remain guarded in their expectations”.

She said: “Addressing the equalisation of supply and demand for racehorses is simply not the complete answer. Until British racing returns to a viable and attractive option for the leisure pound, euro or dollar, it will continue to rely on the investment of the large scale owner/breeders and commercial breeders, whose livelihoods have taken a significant hit.” 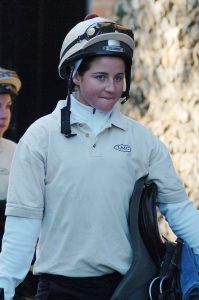 Up Next
Invincible in both hemispheres