‘The Sam-Son and Pompa dispersals are the legacies of two wonderful operations, and they infused a lot of positive energy into the January Sale’ 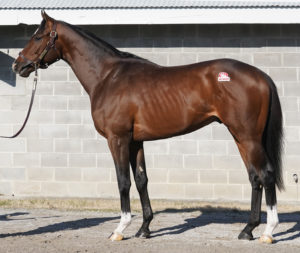 Hunger for the stock belonging to the late Paul Pompa again fuelled trade at the fourth session of the Keeneland January Sale in Lexington, Kentucky, on Thursday.

A low key final day of trading burst into life during the final hour with the sale of Pompa’s racehorses led by the talented colts Carillo and Turned Aside for $875,000 and $725,000.

Another 41 horses from the dispersal of Spry Family Farm realised $1,405,900 through Hill ’n’ Dale Sales Agency.

“The continued stability of the market is a testament to the hard work of all our sales participants, who have adjusted their operations and their expectations to meet the challenges of this unprecedented time,” Keeneland President, CEO and Interim Head of Sales Shannon Arvin said. “The Sam-Son and Pompa dispersals are the legacies of two wonderful operations, and they infused a lot of positive energy into the January Sale. Dispersals are always bittersweet, but we are honored that their families and connections entrusted Keeneland to present these dispersals and showcase their excellence.”

Keeneland also reported that 109 horses worth over $3 million were traded online.

Away from the dispersals, however, consignors spoke of a selective market for which there was little depth for anything below the most commercial.

Thursday’s session was topped by Lauren Carlisle’s purchase of Carillo for $875,000. The Pompa homebred, a son of Union Rags, broke his maiden in fine style at Aqueduct only last week for Chad Brown and will now join the New Orleans barn of Tom Amoss on behalf of an undisclosed owner. 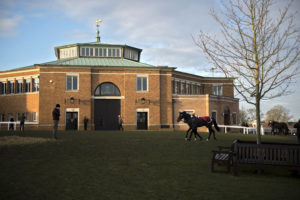 Up Next
Catalogue released for Tattersalls February Sale