Home is where the horse is
Stories

While certain sires will always be influential in the jumping division, top-class horses are far more varied

A study of the leading fancies in all the major races for the Cheltenham Festival will leave you with a list of sires that is nothing if not diverse. Of course all the obvious names are there, including the current top five in the National Hunt sires’ table – Beneficial, Flemensfirth, King’s Theatre, Oscar and Milan. But among them there’s certain to be the odd name that will have even the most studious observer of breeding scratching their heads and reaching for the stallion book to find out who they are and where they stand. Balko, anyone?

Before the team at Haras National du Lion d’Angers starts bombarding this office with angry emails, we are happy to point out, after a little research, that Balko, a multiple Graded-winning steeplechaser and son of the much-missed Pistolet Bleu, stands there in north-west France and has the five-year-old Fago among his first-crop runners.

Of the new names added to the more established list of sires to have produced Cheltenham Festival winners last year was Haafhd, whose son Countrywide Flame claimed the JCB Triumph Hurdle and set up a ‘Flat sires’ quinella when leading home Hisaabaat (Dubawi) and Grumeti (Sakhee), who subsequently turned the tables on the winner when overhauling him at Aintree the following month. These two results justified Shadwell’s decision to relocate Haafhd to Beechwood Grange Stud for the 2012 season and doubtless influenced the move of Sakhee this year to Yorton Farm.

The Arc winner’s arrival there enhances an interesting line-up for David and Teresa Futter’s operation, with their two young – by National Hunt standards – residents Malinas and Sulamani both playing an increasing role in jumps results as the years roll on via the likes of Medinas and Easter Day for the former and Sulamani’s Rule The World and Cash And Go.

As is so often discussed, the lengthy span required to breed top-class jumpers and for their sires to make their names as a reliable source of such offspring regularly means that a stallion is dead by the time his worth is truly appreciated.

In the championship races, major contenders Long Run, Silviniaco Conti, Bobs Worth, Sizing Europe, Sanctuaire, Cue Card, Hurricane Fly, Overturn and Finian’s Rainbow are all by sires sadly no longer with us. However, there is still a great swathe of names with which to conjure and whose connections will be itching to trumpet their success as soon as the triumphant offspring cross the line. The following guide is by no means exhaustive but aims to feature the leading lights by active sires.

Before his tragic demise in the Grand National, Synchronised gave fans of Sadler’s Wells cause for cheer when adding a Cheltenham Gold Cup victory to that great stallion’s CV. Just as he is on the Flat, the late Coolmore resident is omnipresent in jumping pedigrees and was the grandsire of the runner-up, The Giant Bolster, whose father Black Sam Bellamy, a full-brother to Galileo, stands at Shade Oak Stud.

Flemensfirth has already sired a Gold Cup winner in Cheltenham specialist Imperial Commander – a rejuvenated force on his recent resumption from injury. He shares a common thread to his breeding with the 2008 Arkle winner Tidal Bay as both are out of daughters of Ascot Gold Cup winner Le Moss. With Flemenstar’s lung infection putting paid to a Cheltenham trip, the Commander remains his sire’s biggest hope for further Festival glory. 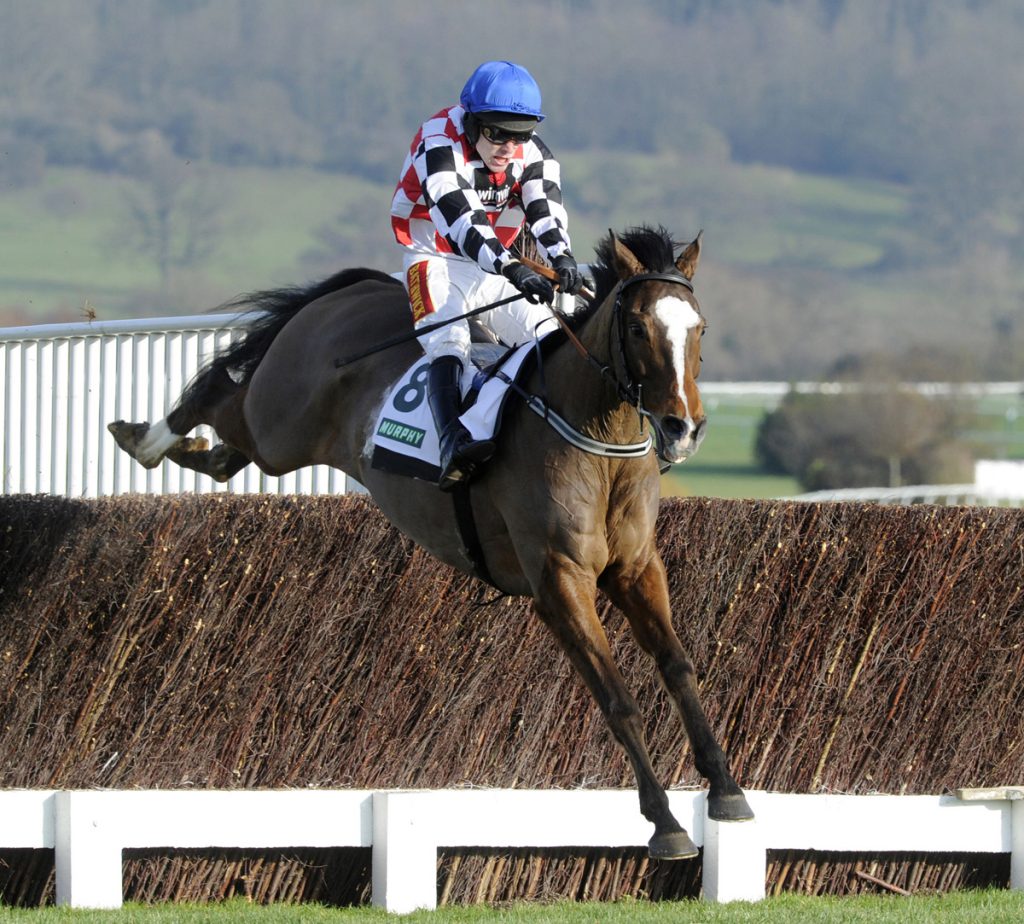 Presenting has Denman and War Of Attrition to his credit as past Gold Cup winners and his exquisite-looking son First Lieutenant – another with excellent Festival credentials – holds entries in both the Gold Cup and Ryanair Chase, with the latter having an understandable pull for his owner Michael O’Leary.

Glenview Stud’s Robin Des Champs has the ultimate Cheltenham horse in Quevega but his classy son Sir Des Champs is also a dual Festival winner and is second only to Bobs Worth in the betting for the big race.

French-based Laveron, a Group 3 winner on the Flat in Germany and dual Grade 1 hurdles winner at Auteuil, doesn’t have a huge number of representatives in Britain and Ireland but his top-rated son Katenko advertised his liking for Prestbury Park with victory in the Murphy Group Chase in January. He is out of a mare by Villez, who is also the broodmare sire of the aforementioned Fago and sire of dual Festival winner Voy Por Ustedes.

At the time of writing, the last three winners of the Champion Hurdle were all on course to attempt to retain or regain their crown. Whether they all line up on the day or not remains to be seen but, as our feature with the team at Nicky Henderson’s stable shows (pages 49-54), there’s still plenty of faith in the 2010 winner Binocular.

His victory started a run for the Sadler’s Wells line. He is by Enrique, a French-based, one-eyed son of Sadler’s Wells’s Group 1-winning miler Barathea (who is himself the sire of 2012 runner-up Overturn), while the following year’s winner, Hurricane Fly, sparked a Cheltenham Festival double for the late Montjeu, whose son Noble Prince followed up with victory in the Jewson Novices’ Chase. Last year Rock On Ruby, another grandson of Sadler’s Wells, brought up the hat-trick for the line. Like Rock On Ruby, Oscar Whisky and Peddlers Cross are also sons of Oscar but seem more likely to head for the World Hurdle.

Sadler’s Wells was himself the sire of the greatest hurdler of the modern era, Istabraq. A fellow Cheltenham novice hurdle winner, Cinders And Ashes, bids to follow in the three-time Champion Hurdler’s footsteps and he, too, hails from the same line, as a son of Ballylinch Stud’s Beat Hollow.

Zarkandar, a half-brother to the top-class Flat filly Zarkava, is one of a handful of exciting jumps prospects for his sire Azamour, along with Third Intention, who was runner-up to Captain Conan in the Grade 1 Scilly Isles Novices’ Chase.

Grandouet, third to Zarkandar in the 2011 Triumph Hurdle, is a fellow French-bred and representative of that country’s stalwart of the stallion ranks, Linamix, whose son Al Namix is responsible not just for Grandouet but also Grade 2 Adonis Juvenile Hurdle winner Baby Mix and Grade 3 winner Solix.

If any race at this year’s Festival is all about one horse, it’s this one. Sprinter Sacre, superior in deed and physique to any other jumper in training, is all the marketing his veteran sire Network needs. Though happily for Haras de Cercy, where he stands in the centre of France, he doesn’t need any marketing at all. The stud is the first of the French National Studs network to go it alone in the gradual shift from government to private ownership and has been taken over by a co-operative of breeders. With every member of the 80-strong syndicate entitled to a nomination to Network, they hung the ‘full’ sign on his stable door months ago. The same will almost certainly be true of his stud companion Voix Du Nord, sire of Challow Hurdle winner Taquin De Seuil, who is only 12 and looks an interesting stallion prospect.

Network is a son of Monsun, the late German champion whose sons are looked on increasingly favourably by National Hunt breeders. The most recent winning offspring of the great mare Lady Cricket is Red Sherlock, a son of Monsun’s globetrotter Shirocco. While Shirocco is still very much regarded as a Flat sire by Darley, David Johnson is not the only breeder to have used him for decent jumping mares and we can expect to see more of his offspring compete effectively over the sticks as they mature. Waiting in the wings are Grange Stud’s Getaway and Overbury Stud’s Schiaparelli, two more sons of Monsun whose eldest offspring are just yearlings. Watch this space.

Of course Sprinter Sacre will not be treated to a walkover in the Champion Chase and of his eight rivals remaining after the February 12 scratching deadline, only two are by stallions available to European breeders, with Somersby’s sire Second Empire having long since left Coolmore for South Africa.

Wishfull Thinking remains a great flag-bearer for Shade Oak Stud’s trusty Alflora, who is also a terrific sire of jumping mares – Alasi, Amaretto Rose and Kells Belle are among his daughters – and his connections will be hoping for a less dramatic outcome than last year’s entanglement with a photographer when he fell mid-race.

As we went to press, Beneficial was out in front on the jump sires’ table, as he was for much of last year. He is the sire of the 2009 RSA Chase winner Cooldine and another son, the three-time Irish Grade 1 winner Realt Dubh, will be aiming to improve on his fifth-place finish in last year’s Champion Chase.

The novice divisions often feature the offspring of emerging National Hunt sires, with Jezki being a warm order for his high-flying young father Milan and last year’s Champion Bumper winner Champagne Fever highlighting the merits of Slip Anchor’s son Stowaway, who has been covering whopping books of late. 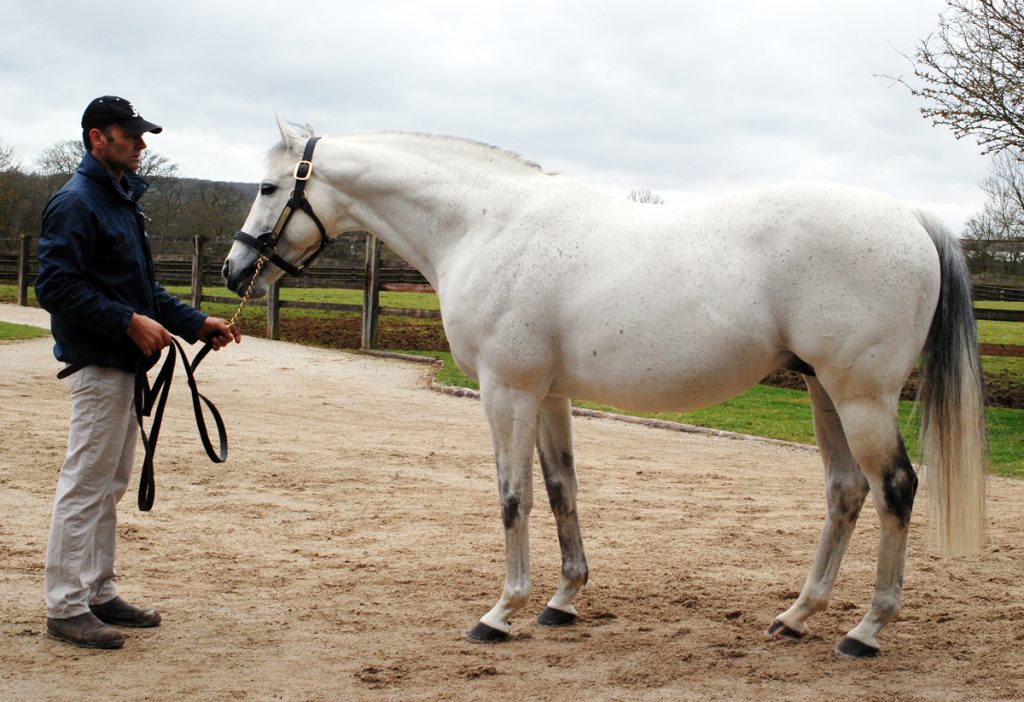 Fans of My Tent Or Yours would need to send their mare to Italy to use his sire, Desert Prince, who is not the most obvious jumps stallion but has a Festival winner to his name already in Dabiroun. Another Queen Elizabeth II Stakes winner, Where Or When, is represented via the highly exciting Melodic Rendezvous, whose more obvious National Hunt credentials are to be found via his broodmare sire, Old Vic.

Mozoltov, who was third to Champagne Fever in Punchestown’s Champion Bumper and has been faultless over hurdles to date, is one of a growing number of Irish-based runners for Britain’s leading jumps stallion Kayf Tara, who is also the sire of JP McManus’s progressive novice chaser Cantlow. Yet another son of Sadler’s Wells, Sholokhov, has recently returned to Ireland from his stud stint in Germany, where he sired the much talked-about Don Cossack.

Arkle contenders Simonsig and Arvika Ligeonniere are both by 15-year-old British-based sires – the former a son of Shade Oak’s Fair Mix, a rare Linamix horse on this side of the Channel, and the latter by Arvico, who stands at Vauterhill Stud in Devon alongside Kauto Stone’s unheralded sire With The Flow.

Captain Conan represents the Kingmambo-Sadler’s Wells cross, which is regularly seen to good effect on the Flat, but in this instance his sire, the Haras du Victot resident Kingsalsa, has combined well with a Sadler’s Wells mare to produce a young chaser of the highest calibre.

Martaline, another son of Linamix whose half-brother Coastal Path stands alongside Network, is a star in the ascendant. His Cheltenham contenders include the high-class Dynaste, while Le Vent d’Antan is Liz Doyle’s exciting Champion Bumper hope.

Only recently transferred to the National Hunt division is Jeremy, by Danehill Dancer, who is now at Garryrichard Stud. Grade 1 Spring Juvenile Hurdle victor Our Conor, a half-brother to the multiple hurdles and chase winner Gidam Gidam, is one of the favourites for the Triumph Hurdle and provides the perfect advertisement for Jeremy in his new role. 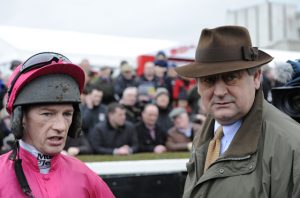 Up Next
Home is where the horse is