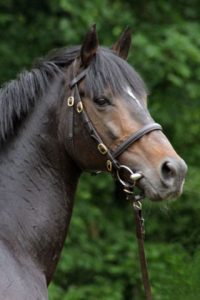 It has become the norm in recent years for potential stallions not to be subjected to rigorous racing careers. Many people regard this as an unsatisfactory state of affairs – so those who do will surely be heartened to note the recent success of the offspring of the former tough Godolphin-raced stayer Mamool, who stands in Germany.

Born in 1999, Mamool raced for five successive seasons (from ages two to six inclusive) and, remarkably, won at least one race during each of those campaigns. Bred by Sheikh Mohammed, Mamool was trained as a two-year-old by David Loder and by Saeed bin Suroor during the next four seasons. He won one of his four starts (a mile maiden at Goodwood) at two, as well as finishing a head second to subsequent Ayr Gold Cup winner Funfair Wain in a Listed race at Newbury, and fourth to Sholokov (another current German-based sire) in the Group One Gran Criterium in Milan.

The highlight of Mamool’s three-year-old campaign was his victory over subsequent Ascot Gold Cup winner Mr Dinos in the Queen’s Vase at Royal Ascot, while as a four-year-old he landed two Group One races in Germany (the Grosser Preis von Baden and the Preis von Europa) as well as the Yorkshire Cup and a handicap at Nad Al Sheba. At five, Mamool beat subsequent Coronation Cup and Japan Cup winner Alkaased in the September Stakes at Kempton, while his final season in training saw him land the Glorious Stakes (Listed) at Glorious Goodwood. In total, he won eight races and recorded five minor placings in a 24-race career, which also saw him contest two Melbourne Cups. In short, his career exemplified the spirit of international competition on which Godolphin was founded.

A son of In The Wings from the Woodman mare Genofeva, Mamool retired to stud in Germany at the end of his racing career, proving popular in a country where toughness is always respected in a potential stallion and in which he had recorded his two biggest victories. Last year, with his first crop aged three, he was represented by the Listed winner Lamool, while 2011 has seen him responsible for two recent Group Two winners: Lips Poison (successful in the German 1,000 Guineas over 1600m at Dusseldorf on 19th June) and the four-year-old Lucas Cranach, winner on 26th June of the Hansa-Preis over 2400m at Hamburg.

In contrast to Mamool, young Irish-based stallion Dark Angel was not subjected to a lengthy racing career. In fact, he had already been covering mares at Morristown-Lattin Stud for over six weeks by the time that he celebrated his actual third birthday on 4th April 2008.

This was a rather unorthodox and, in the eyes of many, unsatisfactory state of affairs, but in fairness it should be pointed out that, during his only season in training, Dark Angel had demonstrated himself to be a very tough and hardy horse, as well as a very fast one.

Trained by Barry Hills, Dark Angel was subjected to a rigorous juvenile campaign in 2007, which started when he finished second on debut at Newmarket’s Craven Meeting and which ended almost exactly six months later when his ninth race of the year came in the Dewhurst. In the interim, he won the Group One Middle Park Stakes at Newmarket and the Group Two Mill Reef Stakes at Newbury, as well as a valuable sales race at York and a five-furlong maiden race at the Chester May Meeting.

This hugely rewarding campaign helped get Dark Angel’s sire Acclamation off to a flying start at stud. He proved to be easily the star of Acclamation’s first crop of juveniles, although long-term he arguably can be said not even to have been the most distinguished member of Acclamation’s first crop to have been trained by Barry Hills: that honour surely falls to Equiano, who was trained in Spain when winning his first King’s Stand Stakes (in 2008) but had joined Hills’ team by the time that he won the race for a second time (in 2010).

Sadly, it is impossible to know whether Dark Angel would or would not have been able to match Equiano’s achievements had he been given the chance to do so. As it was, he was bought by Morristown-Lattin at the end of his two-year-old campaign and started covering mares in February 2008.

Happily, having been denied the chance to make a long-term impression during his first career, he is now looking as if he might hang around a bit longer in his second job: the early results of his first two-year-olds are very good, with the star to date being Lily’s Angel, whose record now stands at four wins from six starts following her victory in the Empress Stakes (Listed) at Newmarket, in which she came home ahead of the Acclamation filly Pearl Diva. 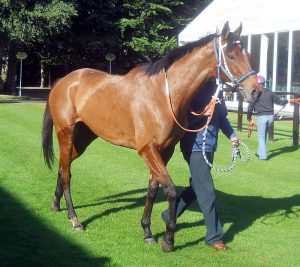 Up Next
River Jetez bidding for Falmouth glory