Frankie Dettori – for ever remembered for winning all seven races at Ascot back in September 1996 – will captain Team Europe at this year’s 16th edition of the Dubai Duty Free Shergar Cup which takes place this Saturday.

The three-time champion jockey, fresh from tasting Group 2 success last week aboard Mehmas in the Richmond Stakes, will experience the inaugural event for a tenth time. He will be joined by two of France’s leading jockeys Pierre-Charles Boudot and Thierry Jarnet, both of whom are newcomers.

The 49-year-old Jarnet, is best remembered for his recent exploits aboard the Criquet Head-Maarek-trained Treve, who won successive Prix de l’Arc de Triomphe’s between 2013 and 2014.

Boudot has made a huge impression over the past few years for champion trainer Andre Fabre, and tied last seasons French jockeys’ title with Christophe Soumillon, to claim a first Golden Whip. In October he rode his first Group 1 winner in Britain aboard the Fabre-trained Esoterique in the Sun Chariot Stakes at Newmarket.

Last year’s inauguration witnessed jubilant scenes in the winners enclosure as the Women’s team – consisting of Emma-Jayne Wilson, Hayley Turner and Sammy Jo Bell – became the first female trio to claim the cup, and they did so by a comfortable 13 points.

Turner has come out of retirement to compete in this year’s contest and will no doubt be seeking back-to-back victories alongside this and last year’s captain Wilson and another newcomer to the competition, Josephine Gordon.

The young apprentice has created a favourable impression so far in her short career, operating at a healthy 12% strike rate at present. Only two winners away from hitting the half century of winners this year, the 22-year-old’s talents are being utilised by a range of trainers and she currently leads the apprentice jockeys’ championship.

Britain’s current champion jockey Sivestre de Sousa, who is on-course to repeat the dose this time around will captain the Rest Of The World team and will be joined by leading Japanese rider Kenichi Ikezoe and South African’s Gavin Lerena.

Ikezoe has ridden a host of winners at the highest level in his native Japan and notably formed a successful partnership with the Yoshida-owned Orfevre. The 37-year-old partnered the son of Stay Gold to victories in the Japanese 2,000 Guineas and Derby and was on board on his final outing in the Grade 1 Arima Kinen which the duo dominated.

He along with Lerena will be tasting action on a British racecourse for the first time. The South African etched himself into the history books as an apprentice and went on to lift the South African’s Jockey Championship last season at a strike rate of nearly 20%. At the end of last year, Lerena triumphed in the Longines International Jockeys’ Championship beating the likes of Ryan Moore to the title. Held in a rain-soaked Happy Valley in Hong Kong, Lerena took the last two legs of the four-race series, picking up HK$500,000 in the process.

Harley has been having a fine season despite being a free agent. He struck at Group 3 level aboard the Dave Simcock-trained Breton Rock at the end of June and earlier that month secured a Royal Ascot victory in the Wokingham Stakes for Robert Cowell.

Harley said: “It’s my first time and I’m very much looking forward to it. It’s just exciting and I’ll be competing with some of the best jockeys from all over the world.

“I don’t know yet what I’ll be riding but hopefully I’ll get a few good ones and with a bit of luck get a winner.”

Murphy has already ridden 74 individual winners this year and sits sixth in the jockeys’ championship. While the Qatar Racing connection hasn’t paid off at Group level so far this season, the opportunities will no doubt keep coming for the talented young rider.

One of the most experienced riders on show will be the County Wicklow-born Fanning, whose career in the saddle spans two decades. He has consistently exceeded the hundred barrier for the past seven seasons while tasting success at all the big meetings, including the likes of Royal Ascot and Glorious Goodwood. 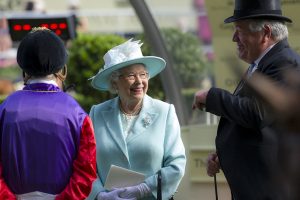 Up Next
Musselburgh gets royal approval