National Hunt racing lost of one of its heroes on Sunday with the death of Curragh trainer Dessie Hughes at the age of 71.

Hughes first made his mark as one of Ireland’s leading jump jockeys of the 1970s. In his role as stable jockey to Mick O’Toole he rode many of the best National Hunt horses of the time, most notably Davy Lad whom he partnered to victory at the Cheltenham Festival twice. In 1975, the pair landed the Sun Alliance Novices’ Hurdle, while two years later they took the meeting’s feature, the Gold Cup.

Two years later, DT Hughes joined the elite band of jockeys to have won both the Gold Cup and the Champion Hurdle. Following the retirement of the little horse’s jockey Tommy Kinane, he was asked by trainer Des McDonagh to partner the reigning Champion Hurdler Monksfield in the 1978/79 season, thus creating a splendid association which peaked with a famous Champion Hurdle victory over Sea Pigeon.

On his retirement from the saddle, Hughes set up as a trainer at the Curragh. He proved immediately successful, sending out the Tom Morgan-ridden Miller Hill to land the Supreme Novices’ Hurdle at Cheltenham in 1982.

Subsequently, five more Festival winners followed, most notably a brace of Champion Hurdle victories for the redoubtable Hardy Eustace (2004/05). Hughes’ final Cheltenham Festival winner was Our Conor, runaway winner of last year’s Triumph Hurdle. The fatal fall of that lovely horse in this year’s Champion Hurdle robbed Hughes’ stable of its star, but the trainer seemed to have another top-liner under his care this autumn when The Tullow Tank made an impressive steeplechasing debut at Fairyhouse on November 4.

As well as riding and training champions, Dessie Hughes also sired one, his son Richard being the reigning champion jockey on the Flat in Great Britain.

A genuine high-achiever who was respected at least as much for his integrity as he was for his achievements, Dessie Hughes ranks as one of the greats of National Hunt racing of this or any other era. His death leaves a huge hole in the fabric of the sport, and we offer our sincere condolences to his family. 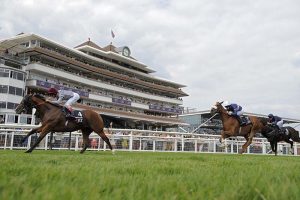