He came into the Al Basti Equiworld Dubai Dante Stakes with a huge reputation having recorded an easy success on his sole outing in a back-end maiden at two and Saeed Suhail’s Desert Crown left the Knavesmire with his unbeaten record intact having produced a brilliant performance on his three-year-old reappearance to take the Group 2 prize at York.

Sir Michael Stoute’s charge had seen his Derby odds tumble prior to the race and the manner of his victory suggested he has every chance of adding to his trainer’s impressive record in the Blue Riband, having struck with Shergar, Shahrastani, Kris Kin, North Light and Workforce.

Richard Kingscote settled Desert Crown towards the rear of the eight-runner field as White Wolf set a good pace, tracked by El Bodegon and Bluegrass.

Making his challenge around runners on the outside, Desert Crown challenged for the lead two furlongs from home. Despite looking a little green when hitting the front, the son of Nathaniel gradually asserted his superiority and galloped on powerfully, scoring eased down by three-and-a-quarter lengths from Royal Patronage, with Bluegrass two-and-a-half lengths away in third. 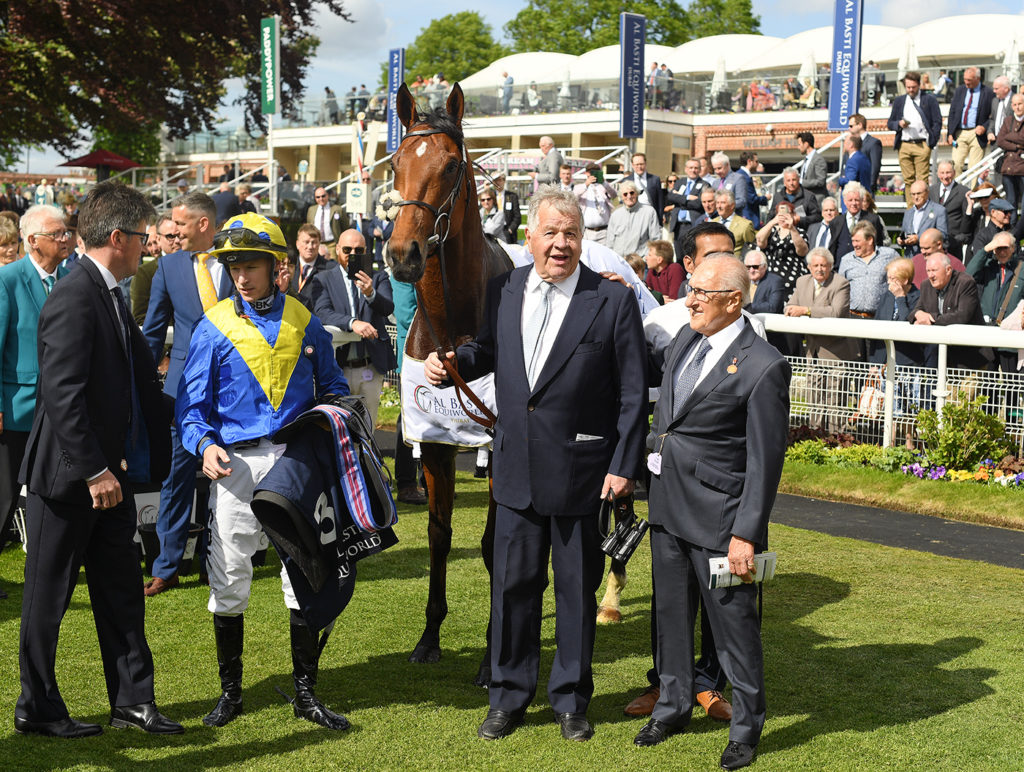 Stoute, celebrating a record seventh victory in the ten-furlong contest, said: “He was very professional and I was very pleased with him. He travelled well – it’s only his second race – and he accelerated pleasingly. You have to be very happy with that performance.

“I thought it was a strong Dante. I wasn’t confident because I thought he was only just ready for a race now having had a minor setback. You’ve got to go and get it [the mile and a half trip] at Epsom. I think he has to go there with a very sound chance. He’s a beautifully-balanced horse and he should handle the track.”

Jon and Julia Aisbitt’s homebred daughter of Mastercraftsman, twice a Listed winner last year, found the gaps opening in the straight as she battled on bravely to overhaul the front-running Aristia to score by half a length.

Up Next
The Finish Line - with William Derby