“He was such a character and had quite a following”

Erhaab, winner of the 1994 Derby for Sheikh Hamdan al Maktoum and John Dunlop, has died at the grand age of 30.

The son of Chief’s Crown had been living in retirement at Batsford Stud in Gloucestershire. The farm tweeted on Tuesday evening: “We are sorry to say we lost our lovely old boy Erhaab who died peacefully in his sleep last night at the grand old age of 30. He was such a character and had quite a following. People often enquired after his wellbeing. He will be sorely missed by us all at Batsford Stud.”

Erhaab was bred in Kentucky by Shadwell Farm out of the Riverman mare Histoire, a $1 million purchase by Sheikh Hamdan at the 1988 Keeneland November Sale.

The colt was a slow-burner for Dunlop at two, winning two of six starts including minor events at Newcastle and Leicester. But then as a late May foal, it stood to reason that he would improve with a winter on his back, and so it proved. 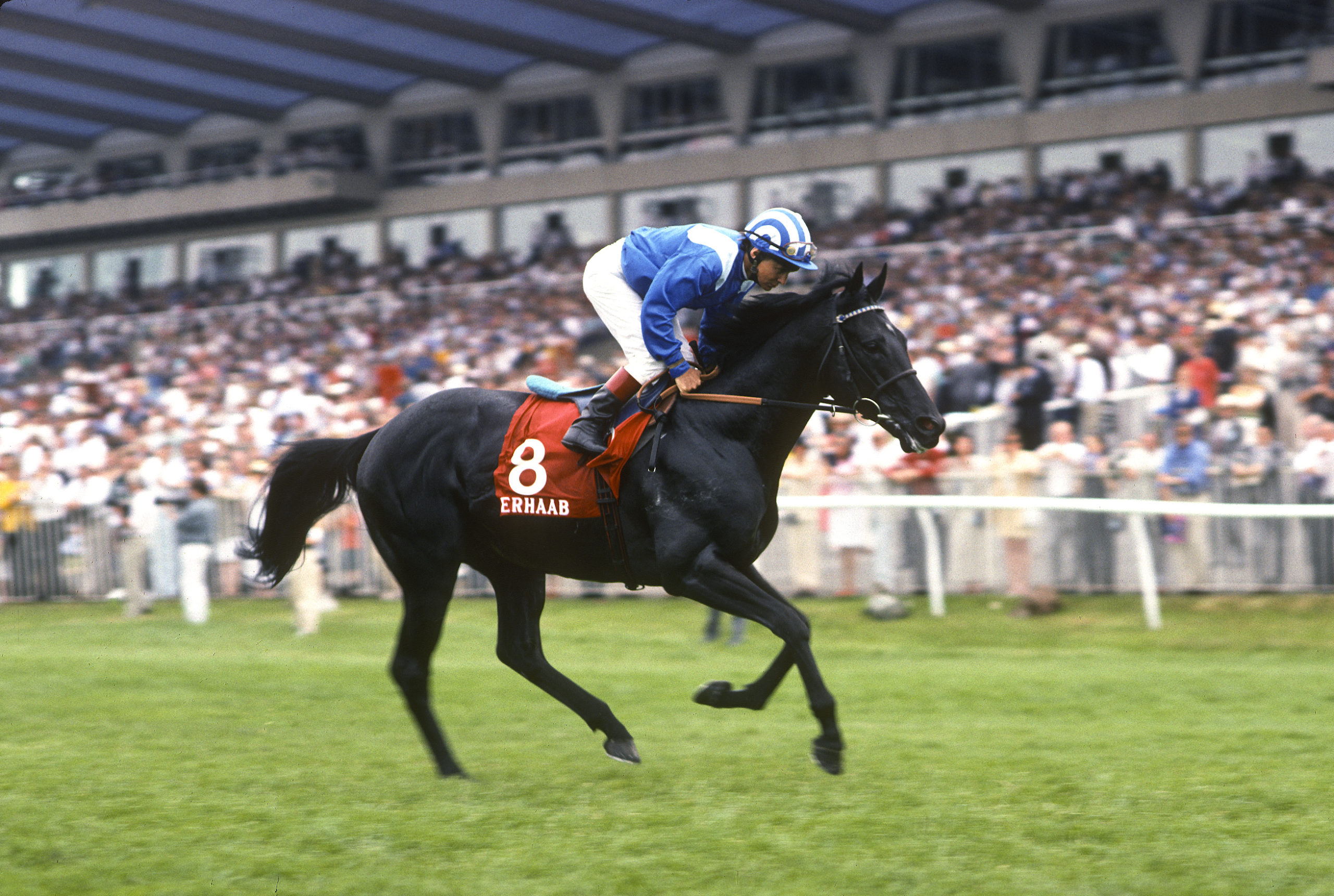 Erhaab returned at three to run the hyped colt Cicerao to a neck in the Feilden Stakes at Newmarket. From there, he went to York for the Dante Stakes, where he progressed again under regular pilot Willie Carson to defeat the 2,000 Guineas winner Mister Baileys in a performance that vaulted him to favouritism for the Derby.

With 25 runners lining up at Epsom that year, the 1994 Derby was a notably rough running. Erhaab took time to get going, was squeezed back through the field and then hampered by the faller Foyer, meaning that by the time he came round Tattenham Corner, the little black colt was well behind with a wall of horses in front of him. However, once angled to the inner, he began to stay on through the gaps with some zest under Carson and with a memorable flourish, swooped past King’s Theatre and Colonel Collins to win going away ears pricked.

Unfortunately, Erhaab wasn’t seen at his best in two subsequent starts when third to Ezzoud in the Eclipse Stakes and unplaced to King’s Theatre in the King George. It later came to light that he had damaged a suspensory ligament and he was sold to stand at East Stud in Japan.

Erhaab was bought back by Shadwell to stand under its banner in late 1999, firstly to stand at its Kentucky base in 2000 and then at its stallion division at Beech House Stud in Newmarket. He also spent several seasons as a dual-purpose stallion at Wood Farm Stud before transferring to Batsford Stud in 2011.

Sadly, as that varied stud career suggests, he failed to make much impact at stud, leaving behind only four stakes horses worldwide. His daughters have produced three black-type winners in Japan.

Erhaab won’t be remembered as the best Derby winner ever but he was certainly one of the most brave, and on that Wednesday afternoon in June 1994, provided one of the most memorable performances in its history. 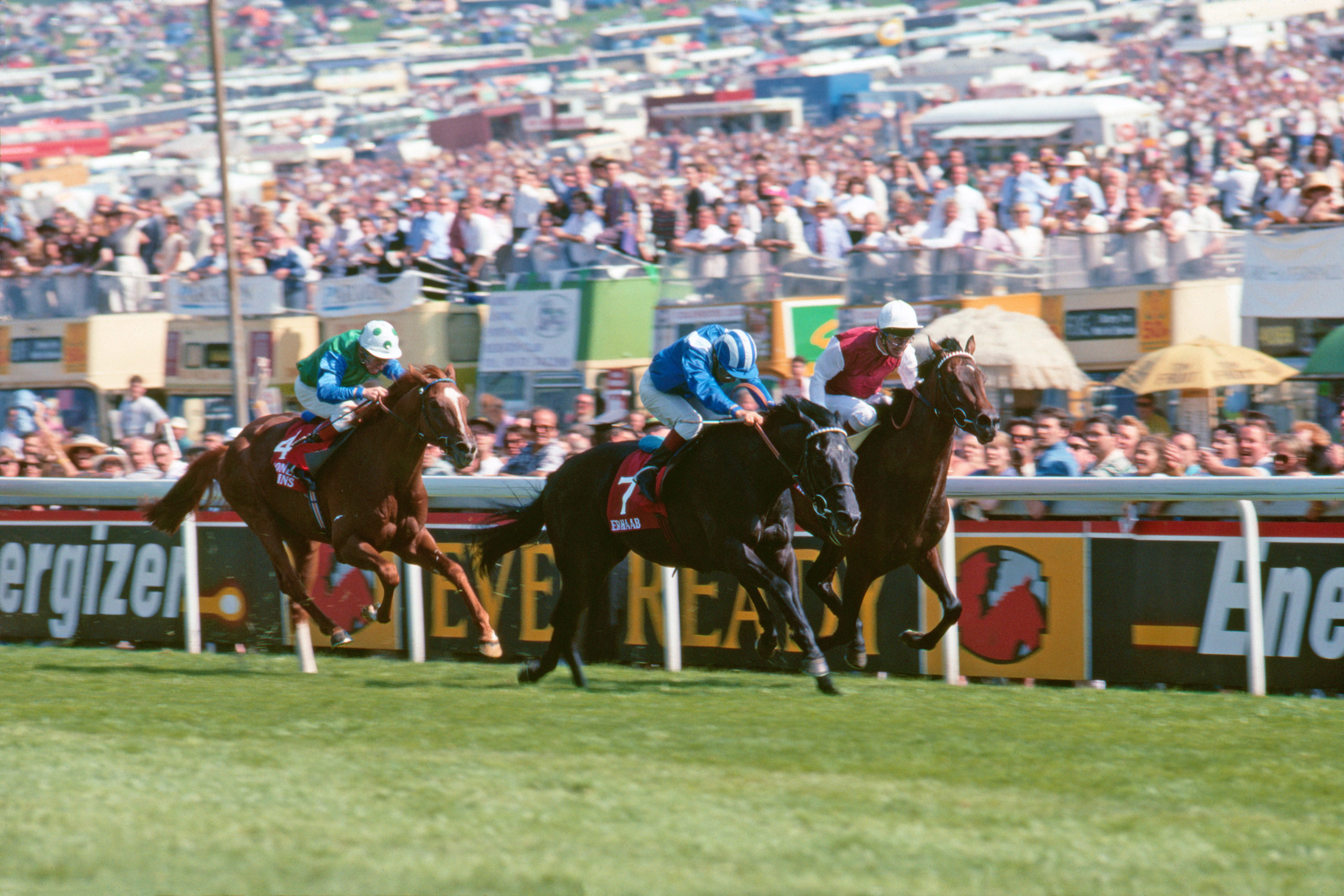 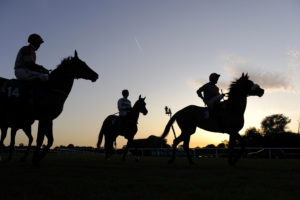