Denise Foster to take over at Cullentra

Trainer Denise ‘Sneezy’ Foster will take over the license at Cullentra Stables while Gordon Elliott serves the suspension that was handed down by the Irish Horseracing Regulatory Board on Friday.

Elliott was handed a 12-month disqualification – with six months suspended – after the release of a photograph that showed the trainer sitting on a dead horse, subsequently named as Gigginstown House Stud’s Morgan, on his gallops while making a phone call. He was also fined €15,000.

On Friday the Irish Horseracing Regulatory Board’s Referrals Committee met at Naas racecourse to hear the case, deciding that Elliott had brought the sport into disrepute and was in breach of Rule 272(i), which relates to the proper conduct and good reputation of horseracing. The ban comes into effect on March 9.

The news of Foster’s takeover was first reported by the Irish Field.

In a statement later released by Gordon Elliott Racing on Twitter, Elliott said: “It is hoped that the current level of employment provided at our stables will continue. Denise is a vastly experienced horsewoman who has trained horses since 1998 when she took over from her husband, David Foster, a three time Olympian following his death in a riding accident. She will move her existing string from Enfield, County Meath, to Cullentra for the duration. The entries will be made by Sneezy and she will be responsible for all operations.”

Foster added: “I am honoured to take over from Gordon and realise he is a hard act to follow. I am delighted by the contacts I have had with the owners and staff to date. This is a great responsibility but I could not ask for a better set up. I will take charge from Monday.”

Foster, 67, has trained the winners of 10 races over the past five seasons. 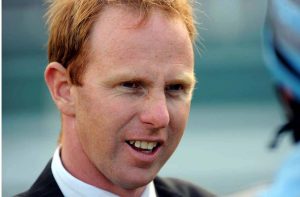 Up Next
Successful Jebel Hatta raid for Lord Glitters