Deputy ruler of Dubai, responsible for global Shadwell operation, was 75

Sheikh Hamdan Al Maktoum, one of horseracing’s most influential owner-breeders with his Shadwell Stud operation, has died after a short illness. He was 75.

His death was announced on Twitter by his brother, Sheikh Mohammed, with a photography and a message that read: “We belong to God and to Him we shall return… May God have mercy on you, my brother, my support and my companion.”

Ten days of mourning will take place in Dubai with flags to be flown at half-mast as of Wednesday while government institutions in the emirate will close for three days as of Thursday.

His global operation was established in 1981 and three years later in 1984, he purchased the Shadwell Estate in Norfolk. As well as his English nursery, Sheikh Hamdan also had Derrinstown Stud in Ireland and Shadwell Farm in Kentucky.

Everyone at Godolphin is deeply saddened to hear of the death of His Highness Sheikh Hamdan bin Rashid al Maktoum. A great loss to Dubai and our sport. He was one of the greatest owner breeders of modern times. Our deepest condolences to His Family and all @ShadwellStud. pic.twitter.com/G7lZf59bkR

Just last year his silks were carried to victory by Mohaather, who produced a scintillating display to land the Sussex Stakes at the Qatar Goodwood Festival. His performance helped Sheikh Hamdan to be crowned Champion Flat owner in Britain for the eighth time having previously won the accolade in 1990, 1994, 1995, 2002, 2005, 2009, 2014 and 2020.

Winners also won on the global stage with Melbourne Cup victories with At Talaq and Jeune in 1986 and 1994 respectively. Invasor took home the prestigious Breeders’ Cup Classic in 2006 for the owner before joining Almutawakel (1999) as winner of the Dubai World Cup the following year.

Many of his greatest performers have gone on to stand at Nunnery Stud but perhaps its most famous resident was Green Desert, a son of Danzig campaigned by his brother Sheikh Maktoum who produced 19 individual Group 1 winners including Oasis Dream, Cape Cross and Invincible Spirit.

Last month it was announced that Sheikh Hamdan was to cut ties with racing in Australia with the stock held by Shadwell Stud Australasia Ltd to be dispersed at upcoming high-profile auctions over the next few months following a global review. 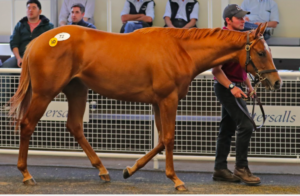