“Kitten’s Joy was the horse of a lifetime. His name will be in pedigrees for generations to come”

Kitten’s Joy, one of America’s most successful stallions, has died at the age of 21.

The stallion was found dead in his paddock at Hill ‘n’ Dale Farm in Kentucky, where he had resided since late 2017.

The story of Kitten’s Joy is a tribute to the determination and vision of his owner-breeders, Ken and Sarah Ramsey. The Ramseys bred Kitten’s Joy out of their winning Lear Fan mare Kitten’s First and campaigned the son of El Prado to a championship career that featured wins in the 2004 Grade 1 Secretariat Stakes and Grade 1 Joe Hirsch Turf Classic Invitational. Yet despite those championship credentials and appealing pedigree, Kitten’s Joy was initially shunned by breeders, so much so that it was the Ramseys who produced each of his first 16 stakes winners. To date they have also bred seven of his 15 Grade 1 winners, namely Bobby’s Kitten, Stephanie’s Kitten, Big Blue Kitten, Henley’s Joy, Kitten’s Dumplings, Admiral Kitten and Real Solution.

In an interview with Owner Breeder following Kameko’s victory in the 2,000 Guineas in June 2020, Ramsey recalled those early seasons marketing Kitten’s Joy.

“We ended up with three Grade 1 winners at the same time – Kitten’s Joy, Roses In May and Nothing To Lose,” he said. “We didn’t have many mares at the time and I had sold Roses In May to Japan, so we used the money from that to claim mares for Kitten’s Joy. I was determined to give him every opportunity.

“He started at an affordable price [$25,000] and I felt he was cheap. He was a champion, he’s a grandson of Sadler’s Wells and the first five stallions in his sire line are all champions. But no one wanted to use him as he was a turf horse.”

Kitten’s Joy covered 127 mares in that initial season but the majority belonged to Ramsey Farm.

“Very few of those mares were claimed for more than $50,000,” says Ramsey. “We thought with his pedigree that bringing in more Northern Dancer would be a good cross for him and so it has proven.” 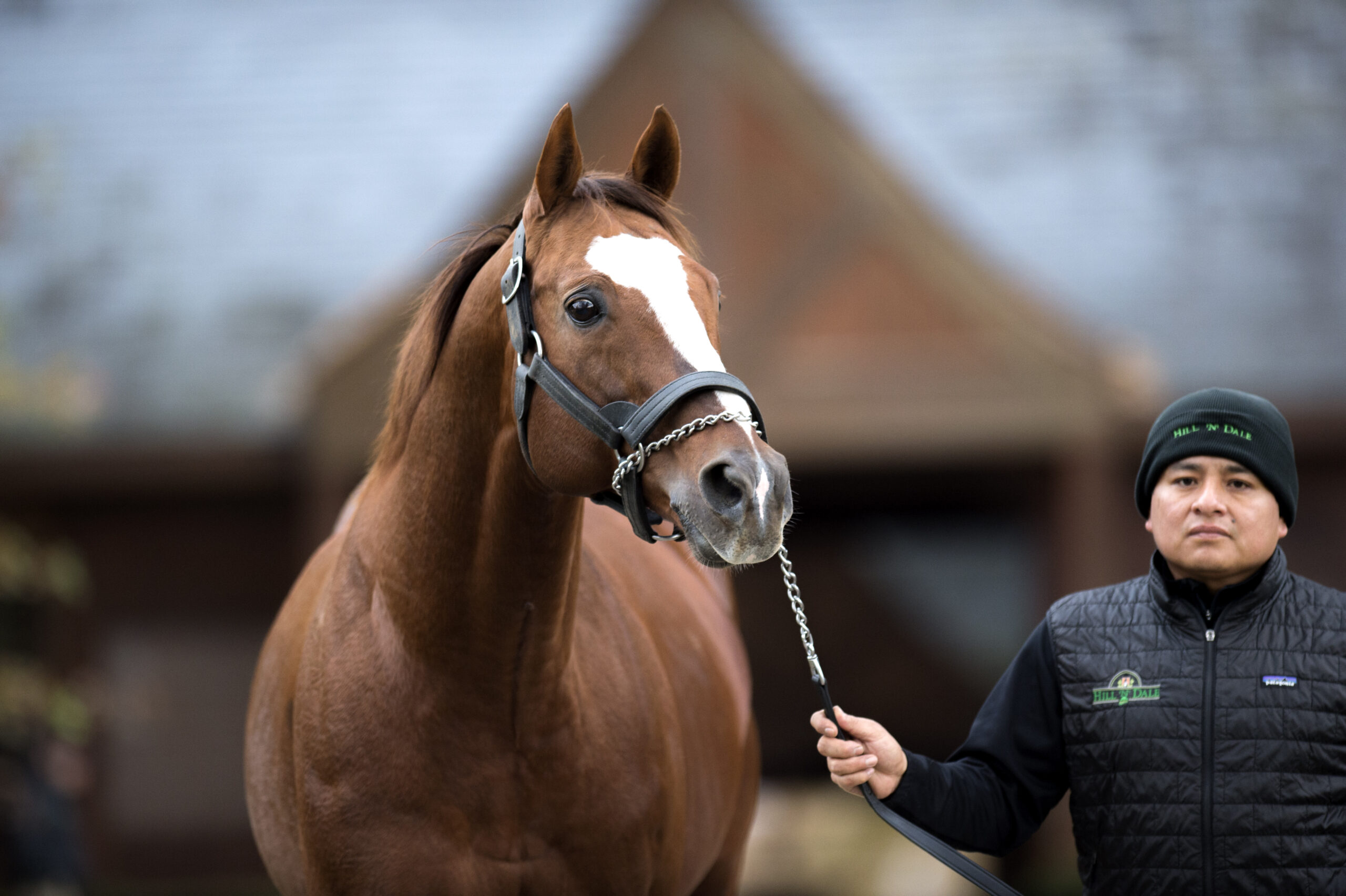 The Ramsey – Kitten’s Joy axis was to become one of the most productive in American racing history. With Ramsey’s support, Kitten’s Joy was provided with every opportunity to succeed and in return, he was to become a vital cog in Ramsey’s place as a leading owner.

“His name has been prophetic because he has brought so much joy,” Ramsey told Owner Breeder. “We have won 33 leading owners titles at Churchill Downs, a record, and we recently celebrated our 504th win. That would not have happened if it weren’t for Kitten’s Joy. His offspring have helped us reach unbelievable heights and have taken us all over the world.”

Beginning with Dean’s Kitten’s victory in the 2020 Grade 2 Lane’s End Stakes at Turfway Park, Kitten’s Joy is the sire of 53 Group winners. The sire of 112 stakes winners overall, he was crowned champion sire in 2013 and 2018, and was the leading turf sire each year from 2013 to 2018. He currently lies in second on this year’s list behind War Front.

His 15 Group/Grade 1 winners are an eclectic group that includes Real Solution, Big Blue Kitten and Admiral Kitten, who between them swept the Grade 1 Arlington Million, Sword Dancer and Secretariat Stakes during an outstanding afternoon in August 2013. Breeders’ Cup winners Bobby’s Kitten and Stephanie’s Kitten, successful in the Turf Sprint and Filly and Mare Turf in their respective years, later followed.

All the while, Kitten’s Joy attracted the appreciation of European buyers notably David Redvers and Qatar Racing, who came away from Keeneland with Roaring Lion and Kameko, and Godolphin, who sourced the Eclipse Stakes winner Hawkbill. The charismatic grey Roaring Lion was a particularly brilliant performer, sweeping the Eclipse Stakes, Juddmonte International, Irish Champion Stakes and Queen Elizabeth II Stakes during his outstanding three-year-old season.

He had been sourced for a relatively inexpensive $160,000 as a yearling while 2,000 Guineas winner Kameko cost Redvers even less at $90,000. And therein lies an illustration of the market under appreciation for Kitten’s Joy, something that almost led him to stand in Britain.

In the autumn of 2017, Ramsey announced that the horse would likely leave Kentucky to continue his stud career in Newmarket. Ramsey was speaking in the aftermath of that year’s Keeneland September Sale, where Kitten’s Joy’s yearlings had sold for an average of around $112,000 – not a figure that allowed much breathing space off a fee of $100,000.

John Sikura of Hill ’n’ Dale Farm, however, had other ideas.

“I read that Ken Ramsey was disappointed in the sale reception to the horse and that he was going to go to Europe,” he told Owner Breeder. “And the decision was quite far along the road. But I had tried to buy into the horse earlier in his career and Ken had listened back then, so I thought well I have nothing to lose if I ask again.

“Kitten’s Joy had made Ramsey Farm, he had been the heartbeat of that farm, driven the enthusiasm of the staff. It’s very hard to find a horse like him – he’s as good a sire as Bold Ruler or Storm Cat, except his surface is turf not dirt. I said to Ken that he might never find another one like him. He’s a horse that produces multiple Grade 1 winners every year – he throws great offspring. So we made the deal.”

Ramsey adds: “It was a done deal for him to stand in Newmarket. The stud made an offer I couldn’t refuse.

“But I cut the deal without consulting with my wife or family. And Sarah said ‘no, I do not want my horse to go to Europe’. It wasn’t until then that I realised just how much the horse meant to my family, not just the horse himself but his progeny and all the memories that go with it.

“I interviewed five different farms in Kentucky before settling on John Sikura. He’s young, he’s a go-getter and has great European contacts.” 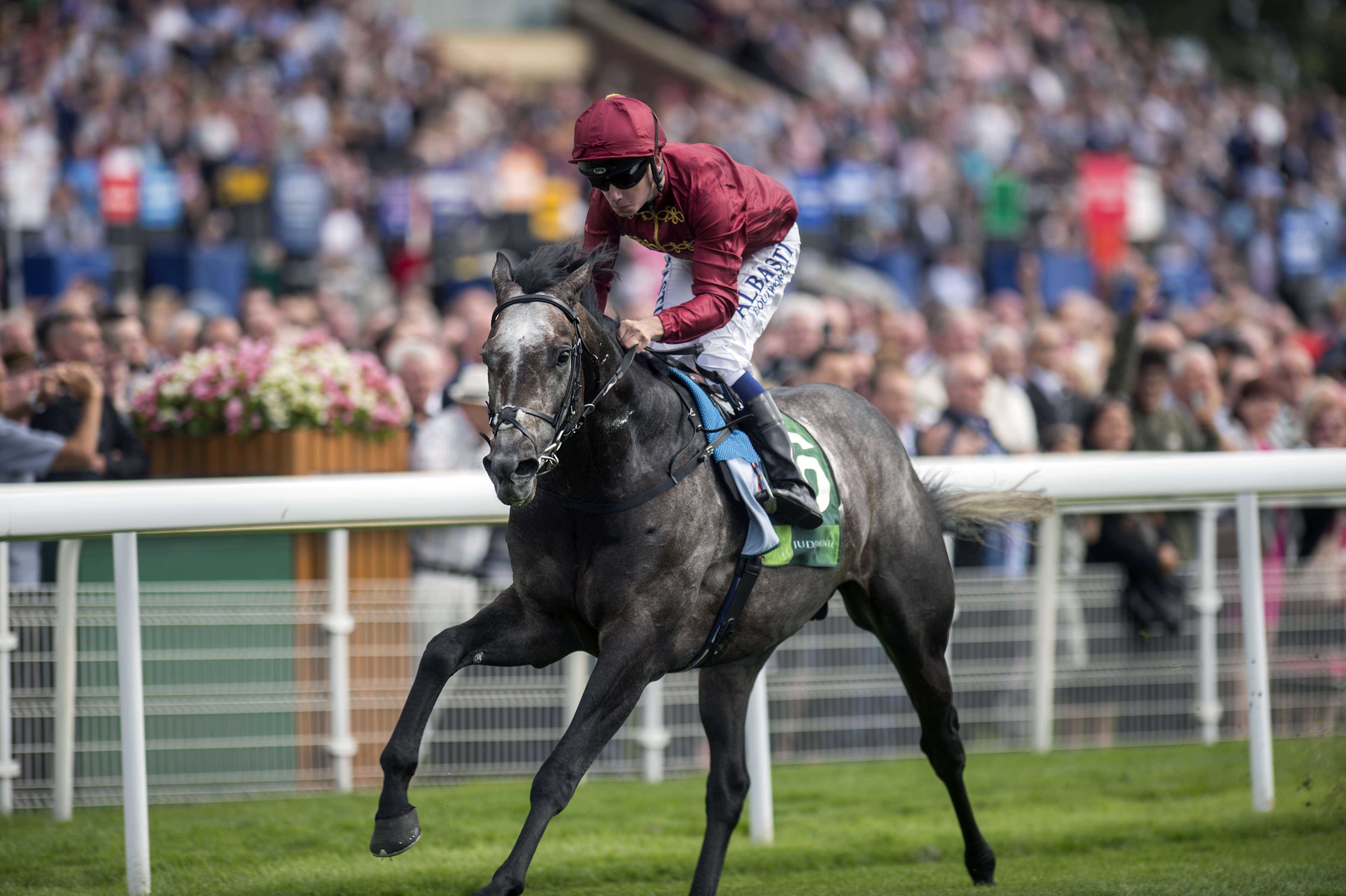 He has a number of sons at stud globally, including Kameko at Tweenhills Farm and Stud and Bobby’s Kitten, the sire of Group 2 winner Sandrine out of his second crop at Lanwades Stud. Hawkbill stood for a single season at Dalham Hall Stud in Newmarket before shifting to Darley Japan, where he has been popular. Sadly, it’s a case of what might have been for Roaring Lion, who died young and is the sire of two winners so far out of his single crop.

Naturally, Kitten’s Joy also exerts an influence within the stallion ranks in the US, where he is represented by the Grade 1 winners Big Blue Kitten (Calumet Farm), Divisidero (Airdrie Stud; first crop are yearlings), Real Solution (Calumet Farm) and Oscar Performance. The latter, a four-time Grade 1 winner, has been quick off the mark at stud for Mill Ridge Farm, with his first runners including the stakes-placed Andthewinneris.

He is also the damsire of 28 stakes winners, including the Grade 1 scorers Channel Cat, First Constitution and Fire At Will.

“It was an honor and a privilege to have been entrusted to advance the career of what I believe to be one of the most important international turf sires of this century,” said Sikura. “This stallion is a tribute to one the modern era’s most creative minds, namely Ken Ramsey. This horse was a part of our family but perhaps even more so to the Ramsey family. This is a great loss to the industry and to the Ramseys.”

“It is devastating to lose both my wife and her favorite horse in such a short period of time,” Ken Ramsey said. “My wife said ‘this horse will bring us a lot of joy’ and he certainly did. John Sikura was as good a partner as anyone could ever hope for. Kitten’s Joy was the horse of a lifetime. His name will be in pedigrees for generations to come.” 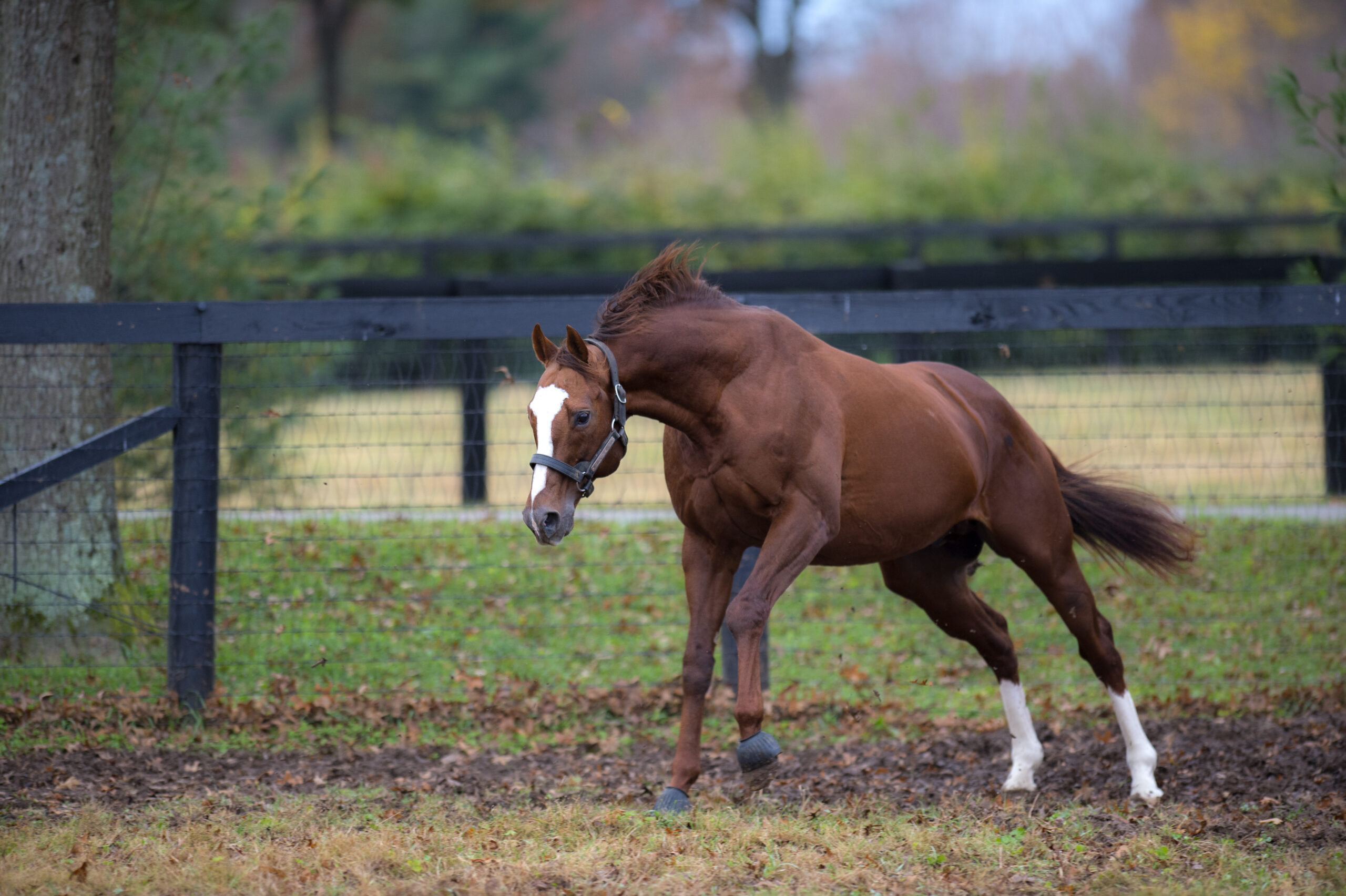 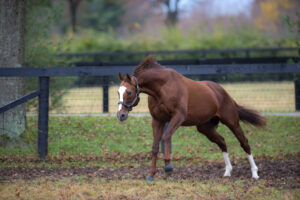 Up Next
The Kitten's Joy story