Attending a racecourse for the first time since Mahmood Al Zarooni was banned from racing for eight years, his former employer Sheikh Mohammed was at Newmarket to see the unbeaten champion juvenile Dawn Approach become a Classic winner with a five-length victory in the QIPCO 2,000 Guineas.

Trained in Ireland by Jim Bolger, who bred the colt and retains a 49% share in him, Dawn Approach shadowed his pacemaker Leitir Mor with his main market rival, the Craven Stakes winner Toronado, determined to match the favourite stride for stride. But once the tempo was increased by Dawn Approach with just over a furlong to run, the Richard Hannon-trained Toronado had no answer, weakening dramatically on the run for home, with 150/1 outsider Glory Awaits staying on to take second and another Hannon runner, Van Der Neer, snatching third place from his stable-mate on the line.

“As you people would say ‘I was blown away’,” said Bolger to the assemebled press pack. “He looks like a superstar and can only improve from here as it is his first time on a racecourse this year. It doesn’t matter who owns or trains the horse – I was very impressed with him.

With Sheikh Mohammed the focus of much attention following the positive tests for anabolic steroids from 15 of his horses, including the former 1,000 Guineas entrant Certify, Bolger was quick to praise the man for whom he also trained the winner’s sire, New Approach. The son of Galileo raced in the colours of Princess Haya and now stands at the sheikh’s Dalham Hall Stud just a few miles from where his first-crop son became his first Classic winner on Saturday.

“Sheikh Mohammed has always been very good to me and to my yard and I was hoping that we could deliver for him,” said the trainer. “I don’t think Sheikh Mohammed has as much to be concerned about as other people think. Nobody can be responsible for what somebody else does.

Kevin Ryan sent out the surprise runner-up Glory Awaits, who won a maiden at two last June and was third to Intello in the Feilden Stakes at the Craven meeting. He will head now to Royal Ascot for either the Jersey Stakes or the St James’s Palace Stakes.

Ryan said: “We wouldn’t have brought him if we thought he was going to disgrace himself. He came into the race in great form and we were hoping for a good run, obviously not to trouble the two principals but to pick up the pieces.

“We were always waiting to put blinkers on him, as he’s a big, lazy horse. He ran very well here at the last meeting when the mile and one trip just stretched him.”

Following his Guineas triumph, Dawn Approach was shortened to 7/4 favourite to emulate his sire in the Investec Derby on June 1, though no firm decision has yet been made as to his participation at Epsom. 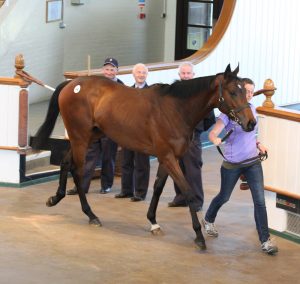