Dansili has long been considered one of Europe’s elite sires but even by his own high standards, the recent run of success by his offspring has been remarkable.

The Fugue, bouncing back from a disappointing appearance in the Eclipse, made a quality field look second rate in the Darley Yorkshire Oaks on Thursday as she strode past her rivals with imperious ease to win by four lengths and record her second Group 1 success.

The Fugue also won last season’s Nassau Stakes at Glorious Goodwood and this time around that prize went to her stable-mate and paternal half-sister Winsili, who continued an excellent run for her breeder Prince Khalid Abdulla in the race following three victories by Midday.

Back in July, Flintshire also gave Juddmonte a top-level win, this time in the race the stud generously put its name and backing to, the Grand Prix de Paris. Like The Fugue, the Andre Fabre-trained colt is out of a mare by Sadler’s Wells, a cross which has worked particularly well for Dansili.

The Juddmonte stallion’s merits have also been amply illustrated across the Atlantic of late with two British-bred fillies striking at the highest level. Laughing, a half-sister to the great Viva Pataca and bred by the Dukes of Devonshire and Roxburghe, won the Diana Stakes at Saratoga on July 27, while last weekend James Wigan’s homebred Dank gave Sir Michael Stoute’s team a great boost when landing the Beverly D Stakes at Arlington by an impressive four and a quarter lengths.

There may yet be more American success to come for Dansili as both The Fugue and Dank may well make the trip from Newmarket to Santa Anita for the Breeders’ Cup.

Mention must also be made of Dansili’s Group-race double at Deauville on August 15, when the Darley-breds Vancouverite won the Group 2 Prix Guillaume D’Ornano and Zibelina took the Group 3 Prix de Lieurey. 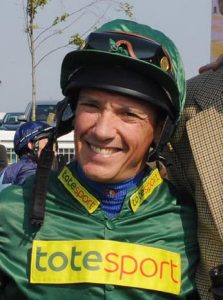 Up Next
Trainers and jockeys go head-to-head