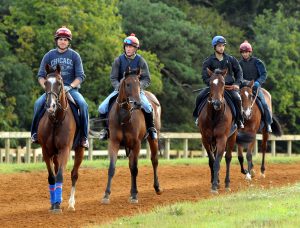 Ed Vaughan’s progressive miler Dance And Dance will aim to put the frustrations of recent months behind him by heading to Toronto for a tilt at the $1 million Grade 1 Woodbine Mile on Sunday, September 18.

The five-year-old son of Royal Applause won the Investec Mile on Oaks day at Epsom before being narrowly beaten by Julienas when short of room in the finish of the Royal Hunt Cup at Royal Ascot. Luck was also not on his side at Glorious Goodwood when he was again hampered close home in the Totesport Mile.

“He’s been so unlucky, it’s heartbreaking,” said Vaughan. “On his most recent run at Salisbury [in the Group 3 Sovereign Stakes] he hated the track but was still only just beaten by Side Glance. I think he’s improved again for that and there aren’t too many options for a five-year-old gelding so we thought we’d go pot-hunting.”

Looking in fine fettle during an easy canter up Warren Hill on Tuesday morning, the easy-moving Dance And Dance has engagements pencilled in at Longchamp and Keeneland towards the end of the season.

Vaughan added: “There are also possibilities for Dance And Dance in the Prix Wildenstein on October 3 and we might even look at the Shadwell Mile at Keeneland.

“I’m entering him for Woodbine tomorrow and that could be a really fun day as I have a share in a filly in training in Canada called Stars To Shine and she will hopefully be running on the same card.”

Trained by Mark Frostad, Stars To Shine won the Listed Belle Mahone Stakes at Woodbine on August 20. She races for the Grange House Partnership, which includes Richard Brown and Tom Goff of Blandford Bloodstock. 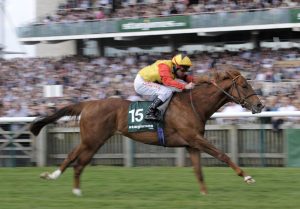 Up Next
Speed merchants put on their Sunday best